‘American Horror Story’ Freaks Us Out for Fourth Year 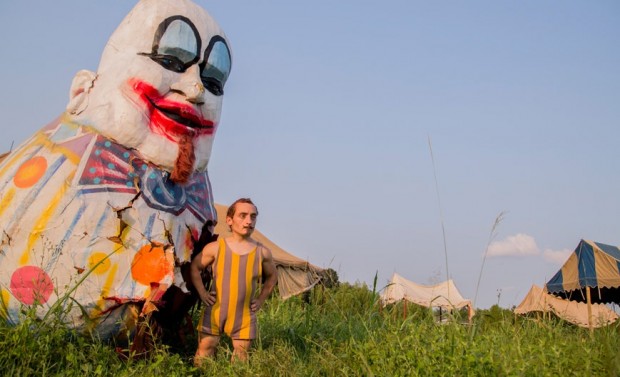 Just in time for Halloween, American Horror Story has started a new season, and like with any anthology TV series turning a new leaf, involves more questions and more risks than for your typical TV show that follows the same characters and storylines season after season. American Horror Story’s fourth season, dubbed Freak Show, is impressing critics with its new setting of a waning freak show in Jupiter, Florida, in the early 1950s, populated by a struggling group of deformed misfits.

Each season of the show has used many of the same actors, most notably stars Jessica Lange and Kathy Bates, to play different characters in various creepy settings. The first season, which was retroactively titled Murder House, was set in a haunted mansion. The second, Asylum, was set in a mental hospital. The third season, Coven, was set amongst a group of witches living in New Orleans.

All of the seasons so far have performed well critically, an impressive feat for a show that embraces trashy camp as much as AHS does. Murder House has a 62 Metascore on the review aggregator Metacritic. New York Magazine critic Emily Nussbaum said that the show’s first season was ” brazen and exciting — hard to look away from and Glee-fully unafraid to offend,” referencing the fact that co-creator Ryan Murphy is also responsible for the popular high school drama club musical Glee. Asylum got a 64 Metascore and proved that Murphy and company were invested in making the anthology technique work for their kitschy horror vision.

“This is still a cheeky, trashy, nasty series, one that’ll do or show pretty much anything if it thinks it’ll get a rise out of you. But its sense of itself has become more refined,” said Vulture critic Matt Zoller Seitz of Asylum.

The third season saw the show pick up and move to New Orleans, which only helped its creepy factor, and showrunners ended up liking the location so much that they stayed there to film Freak Show, even though that season is technically set in Florida. Season 3 had the highest reviews yet, with reviews aggregated by Metacritic giving it a Metascore of 71.

The New York Times said it “ricochets raucously between hilarious camp and blunt brutality. We’ve come to expect an eclectic mix from the American Horror Story anthology, and the formula works particularly well in this installment, thanks to uninhibited work by the big-name cast.”

On the basis of the first couple of episodes, Freak Show is continuing the show’s success into its fourth year, which is a considerable feat for such an experimental and bizarre series. Vulture said that the show’s openers were the series’ best episodes yet, praised the returning members of the cast for “doing what they do best, which is shred scenery like a pack of Tasmanian devils whirling across a cartoon landscape,” and called Freak Show “magisterially trashy: sweet, glorious madness.”

AHS is serving up all the scary and creepy visuals it’s known for in Season 4. Freak Show features a lot of non-actors with various physical differences placed in roles as performers, as people with similar conditions likely would have been during the time period in which the show is set. Sarah Paulson plays Siamese twins conjoined at the shoulders that make her essentially a two-headed woman. Bates is a bearded woman and Lange is the Dietrich-esque head of the show. There’s an evil clown.

As for what’s different this season, Murphy told The Wall Street Journal’s Speakeasy blog that he wanted to add more color and work hard to make the New Orleans-based set as authentically 1950s as possible. He’s also looking to scare people using a different tactic this time. “I feel like sometimes our seasons have a lot of villains in them,” he said. “This is the first season I felt that had heroes that you root for. When something bad happens to them, which is inevitable on a show like this, it’s very painful. I think it will be disturbing to people.”

With how successful the show has been at consistently disturbing people despite having to start from a clean slate every year, we can only imagine what the writers and actors’ twisted brains will come up with next. Or maybe don’t imagine it if you don’t want to get nightmares.