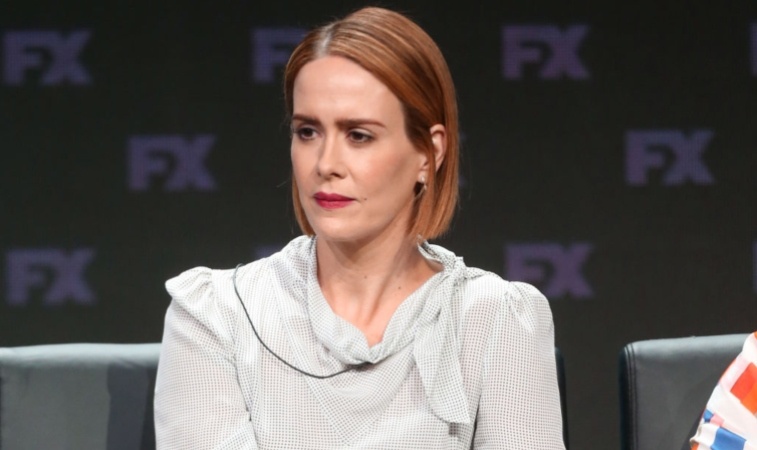 Ryan Murphy is very loyal to actors, which leads to the same faces being used for his shows like American Horror Story. One of the stars that have stayed throughout the show’s run is Sarah Paulson. But now that the show continues past eight seasons is she ready to move on?

Fans of the show can exhale because Paulson told The Hollywood Reporter that she isn’t going anywhere. “I’ve made the joke before that I want to be doing this show until I’m 95,” she said. “That they’re going to have to drag me out of there kicking and screaming.”

Paulson did get serious to talk about the show’s creator. “That being said, I have no idea what Ryan’s plans are for me,” she continued. “It’s tantamount to me walking in and saying, “Do you want me to go left or right?” and then whatever he says, I will just go there. [Laughs] So I don’t know what his plans are for me as it pertains to Horror Story, but there will be crawl marks on the walls from them trying to drag me out if they ever ask me to go.”

Not all actors on the horror show feel quite the same way as Paulson. Evan Peters previously told GQ that he is getting tired of playing dark characters. “Yeah, I’m not doing it anymore,” he said. “I just made a decision. I said to myself, ‘I can’t do it anymore.’ It’s not me. It’s not who I am!”

Peters hasn’t officially quit the show and he will be returning for Season 8 so it’s unsure what his comment means. He will definitely be playing at least one dark character again because Tate Langdon from Murder House is making his big return this season. Hopefully, that means Peters will continue with the dark show with the rest of the cast.