American Horror Story always maintains a certain level of mystery around each of its season’s themes, but the secrecy has reached an entirely new level this year. The show’s cast and crew has gone to extreme lengths to keep the details of its upcoming Season 6 under wraps. Case in point? At this summer’s Television Critics Association (TCA) panel, FX Network’s chief John Landgraf confirmed that only one of the teasers we’ve seen actually reveals the show’s actual theme and setting, while the rest are misdirects. Of course, that hasn’t stopped fans from speculating.

Based on the teaser clips and the clues that series creator Ryan Murphy has dropped about the upcoming season — like its emphasis on children and its “less opulent” tone — fans have come up with several ideas about the potential focus for the forthcoming season. Here are five theories about what the Season 6 theme could be. 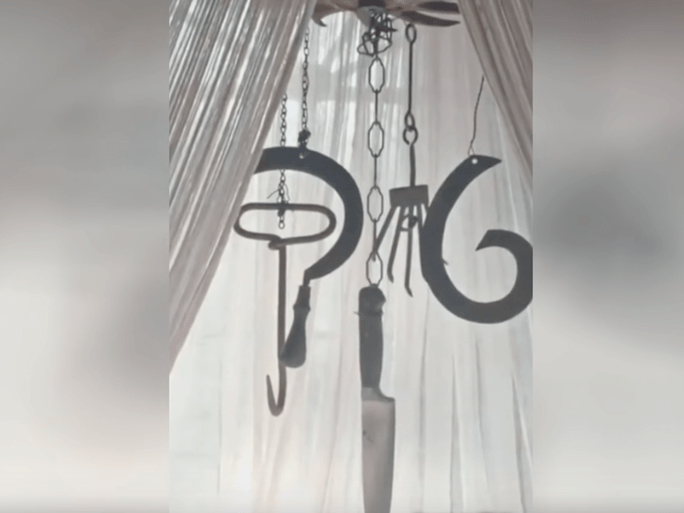 One prevalent fan theory is that the next season of American Horror Story will focus on Charles Manson and his band of followers. Viewers have already pointed out that some of the show’s recent teasers seem to hint at the California-based cult. Case in point? As seen above, a scene from a recent teaser zeroes in on a creepy looking mobile that seems to spell out “PIG” — the same word written on the wall of actress Sharon Tate’s house during her brutal 1969 murder.

That’s not the only clue that seemingly suggesting a Manson theme. As Vanity Fair pointed out, the red “6” used in the promotional image also strongly hints at the idea of a satanic cult like the Mansons. The final clue? Some of the recent teasers, like the one below, heavily feature spiders. According to the Huffington Post, Manson took up art during his time in prison and he had one muse in particular: you guessed it — spiders. 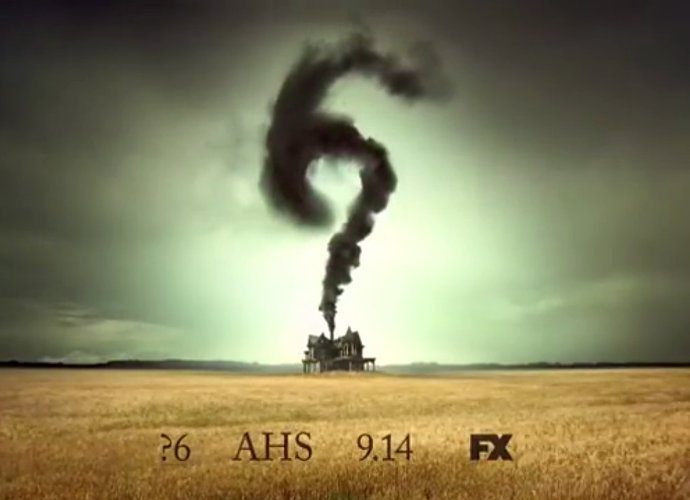 PopWrapped fueled another potential theme rumor when it suggested that Season 6 will be titled American Horror Story: Forest. The website claimed that the storyline would be “a cross between Peter Pan, Deliverance, and The Exorcist” and would involve a “very scary” farmhouse. This has not been confirmed, but one of the recent American Horror Story teaser does feature a dilapidated house in the middle of a creepy field.

Earlier this month, TMZ revealed that at least part of the show’s Season 6 will take place in Roanoke, North Carolina, during the 16th century. The site confirmed this with several leaked on-set photos, depicting a colonial era farm and a tree carved with the word “CROATOAN.”

For those unfamiliar with the creepy but true story of the Roanoke Colony, it goes like this: The Roanoke Colony was founded in 1587 by English settlers coming to America. More than 100 men, women, and children, guided by leader John White, settled in one of the barrier islands off the coast of North Carolina. When the colony ran out of supplies, White sailed back to England to restock, but an ongoing war between England and Spain delayed his trip for three years. By the time White finally returned in 1590, the entire colony had disappeared, save for the word “CROATOAN” carved into a piece of wood. Among the vanished was White’s own family, including his granddaughter and the first person born to English parents in the New World, Virginia Dare.

Whether audiences will really get a taste of this seriously eerie history remains to be seen, but it does provide a second valid explanation for the isolated farm setting depicted above.

As previously mentioned, Murphy has confirmed that Season 6 will place a significant focus on children. That, combined with the fact that a certain educational institution was mentioned twice in the fifth season finale, has many suggesting that the next season of American Horror Story will take place at a boarding school — and in particular, The Thatcher School.

As fans know, the Season 5 finale specifically called out this academy, as the school where John Lowe’s daughter is heading off to and which Will Drake’s son, Lachlan, already attends. The mention hasn’t gone unnoticed by viewers, who were quick to point out that the name of the school probably wouldn’t have been explicitly stated if it wasn’t important. We’ll have to stay tuned to find out if that’s really the case.

In the meantime, it’s worth noting that The Thacher School (no “t”) is a real place and is located in Ojai, California just two hours north of Los Angeles.

Recent speculation has suggested that Season 6 of American Horror Story could feature a Hollywood theme — and specifically, a behind-the-scenes look at the era of classic monster movies, like the Creature from the Black Lagoon. The rumor surfaces from two of the wackiest American Horror Story teasers yet, seen above. One is an image posted on Twitter that shows a woman getting dragged into the water by some sort of creature, similar to the one in 1954 horror flick. It seemingly ties into the above clip “Blind Date” which also features a creature.

It’s unknown whether the season will really take place on a horror movie set, but the teasers certainly seem to hint at the gilded age of Hollywood, when the film industry was producing classic horror flicks, such as Frankenstein, Dracula, and The Mummy. PopSugar has even brainstormed a great name for the theme: American Horror Story: Cinema.

While these are some of the most popular theories currently circulating, there are plenty more out there. Unfortunately for fans, we probably won’t know anything for sure until Season 6 of American Horror Story officially kicks off on September 14.