‘American Horror Story’: Why 2016 May Be the Show’s Biggest Year Yet 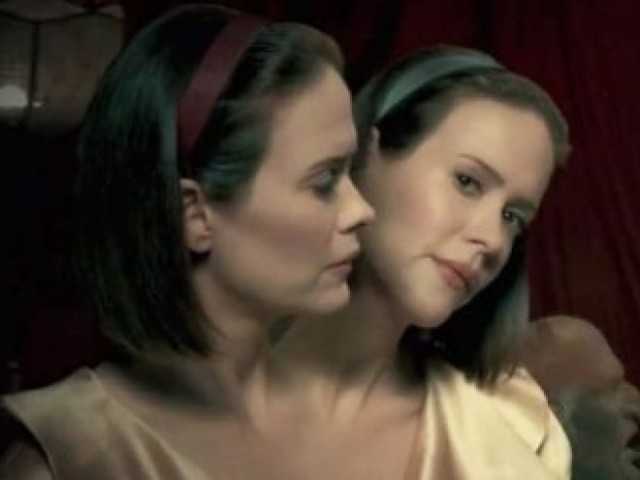 American Horror Story could be getting even bigger in 2016. Series creator Ryan Murphy has just revealed that he’s considering producing two different seasons of the anthology series next year, one in the fall and another in the spring.

As Murphy explained to Entertainment Weekly, two different sets of writers have already started working on the next iteration of the series to follow up this October’s AHS: Hotel. If each group comes up with compelling storylines, Murphy and his creative team could end up using both over the course of two separate seasons.

“Next year we might do a fall American Horror Story and a spring. We have to decide,” Murphy told EW. “We’re doing something that we’ve never done before on the show where we’re doing two different groups of writers rooms. Some of our writers will be bouncing around but a whole different group coming in late August.”

The interest in AHS has grown continuously from year to year. The show has seen both increased publicity and mounting ratings with each season. Last year’s Freak Show garnered the most viewership in the series history, as well as the most Emmy nominations of any other season. With that in mind, it’s no surprise that Murphy would consider producing more of the show in the future.

Nothing has been confirmed yet and Murphy didn’t comment on whether FX was on board with the idea. In the end, the network will be the one to make the final call on its output of the show. Still, it’s interesting to consider what an additional season a year would mean for the series and it’s stars.

As an anthology series, AHS switches up both its storyline and it’s cast every season. But the franchise is known for bringing some of the same actors (like Sarah Paulson, Connie Britton, Emma Roberts, and more) back in different roles, sometimes in consecutive seasons. Murphy’s idea of adding another season a year brings up several questions: Will adding another season make it more difficult to continue that practice? Or will it be as simple as splitting a larger season order into two?

There’s also the possibility of whether adding another season to the show’s annual runs will finally give Murphy the chance to produce an AHS spin-off. While the showrunner has long since been contemplating the potential of an offshoot series, the idea has yet to come to fruition (although the show is getting an companion series in next year’s American Crime Story).

Fans will have to stay tuned to find out whether 2016 really will bring more American Horror Story and if so, what exactly that will consist of. Either way, Murphy made one thing clear: the next season of AHS after Hotel will be unlike anything we’ve ever seen from the show before.

“The next thing we’re crafting up is very, very different than this,” Murphy told EW. “Not smaller. But just not opulent. More rogue and more dark.” While the series has definitely seen its fair share of disturbing ominous elements over its time on air, it’s also known for having a certain campiness. From the sounds of it though, the show’s next iteration will focus more on the creep factor rather than the campy charm.

In the meantime, audiences have Hotel to look forward to. The upcoming season will feature many American Horror Story vets, including Roberts, Paulson, Kathy Bates, and Evan Peters among others, as well as a highly anticipated, much-discussed role from Lady Gaga. Keeping with the show’s tradition of having semi-interconnected seasons, Hotel will reportedly intersect with the very first season of the series, Murder House.

The next season of American Horror Story will kick off on October 7.