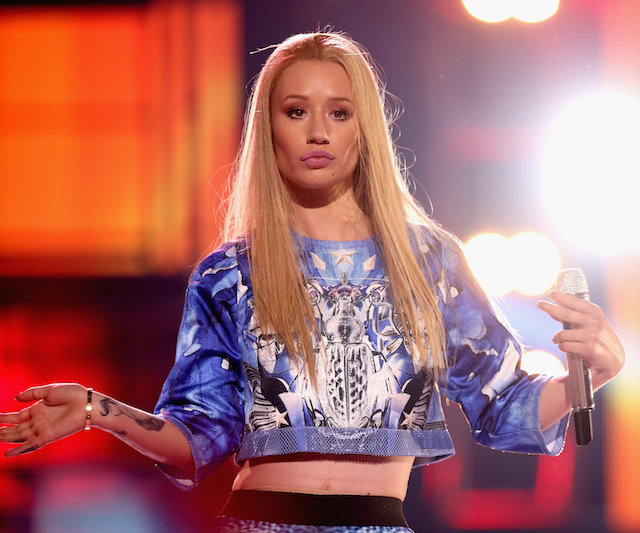 Iggy Azalea made herself summer’s music queen with the release of her smash hit single “Fancy,” and now it looks like she’s continuing her domination into the fall. The Australian rapper scored the most American Music Award nods, beating out the likes of Katy Perry, Lorde, and Pharrell Williams, with a total of six nominations.

Per the official announcement made on Good Morning America, Azalea leads the pack as the most-nominated artist, having earned a spot in three of the most coveted categories: Artist of the Year, Single of the Year (for “Fancy,” which features Charlii XCX), and Favorite Rap/Hip-Hop Album for her debut record, The New Classic, which was released in April. In addition to those categories, Azalea also nabbed nominations for New Artist of the Year, Favorite Pop/Rock Album, and Favorite Female Rap/Hip-Hop Artist.

To most, it won’t come as a surprise that Azalea earned more nods than her fellow pop stars. Both the nominations and wins are fan-voted, and Azalea’s been a heavy fixture on the music scene since the release of “Fancy.” The song hit No. 1 on the Billboard Hot 100 Chart and remained there for seven straight weeks, eventually earning Billboard’s official Song of Summer title. The New Classic also performed well, reaching No. 1 on the Billboard R&B/Hip-Hop Album chart and No. 3 on the Billboard 200 chart. This isn’t the first time Azalea has come out on top with award show nods. She tied Beyonce with eight nominations at the MTV Video Music Awards in August.

Azalea’s not the only one up for several prizes at the AMAs, though. Singers Perry, Williams, and John Legend follow closely behind, with five nominations each. Perry will face off against Azalea for Artist of the Year, Single of the Year (for “Dark Horse,” her collaboration with Juicy J), and Favorite Female Pop/Rock Artist, in addition to her nods for Favorite Adult Contemporary Artist and Favorite Pop/Rock Album, for Prism. Both Legend and Williams are also nominated for Artist of the Year, as well as Favorite Male Pop/Rock Artist, Favorite Male Soul/R&B Artist, Favorite Soul/R&B Album (for Love in the Future and G I R L, respectively), and Single of the Year (for Legend’s “All of Me” and Williams’s “Happy”).

The American Music Awards are set to air live from the Nokia Theatre in Los Angeles on Sunday, November 23.