‘American Ninja Warrior’: The Biggest Triumphs and Fails This Season

Tonight is the night we find out who will be the next Isaac Caldiero, or if there will be a winner at all. A lot of things have led up to the finalists that we have now. That means disappointing American Ninja Warrior fails that probably no one would have expected from experienced veterans. But then there have been amazing triumphs from contestants who have broken records and therefore defied expectations from those who underestimated them. So which moments are we talking about exactly? Here are two fails and two triumphs that happened in Season 8 of American Ninja Warrior. 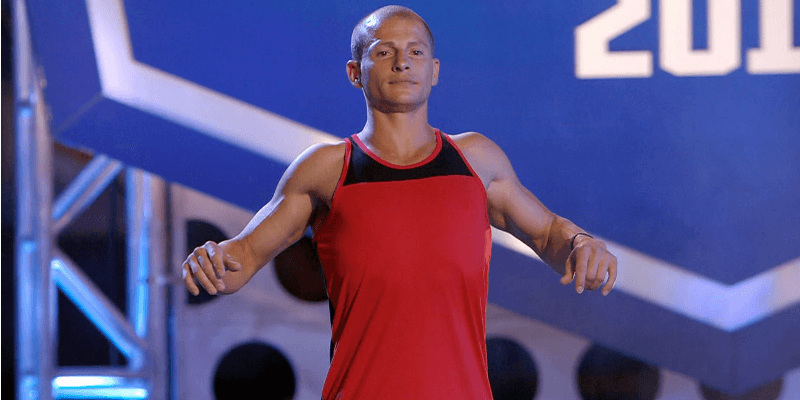 The athlete is the first American to complete the Ultimate Cliffhanger in Stage 3 in Season 4. He also previously made it to Stage 2 of the intimidating Mount Midoriyama in Las Vegas. So he has definitely been close to the finish line and showed potential of actually completing the course. Part of his success probably had to do with his support system.

He was notably dating fellow competitor, Kacy Catanzaro so he had the ultimate training partner. However this season the couple announced that they have broken up. The good news is that they are still good friends and train together. That wasn’t the only difference this season.

Steffensen did make it to Las Vegas but was eliminated like another veteran we will mention later on. But don’t be scared that the defeat will discourage him from coming back. “I plan on competing for as long as it’s around,” he told Muscle and Fitness. “One day they’ll be calling me Grandpa Ninja.”

The contestant made American Ninja Warrior history by being the first to complete all four stages at the National Finals in Season 7. However he didn’t win because his time was beat by Isaac Caldiero. So it makes sense that everyone had high hopes for him in Season 8.

However when he came back this season, he didn’t dominate over the other contestants like expected. He shockingly fell off the first obstacle, which was the Snake Run obstacle in Las Vegas. He smiled as he walked off from the disappointing round. “Everybody falls,” he said after the elimination. “Well, my plans are really simple: I’m gonna go back, I’m gonna try and be a good dad, I’m gonna try and be a good husband, and I’m gonna be very happy about it.”

Although he seemed to be optimistic he later gave a shocking announcement on Instagram that he will be taking a break from the show for a while (below).

Thanks for the love #everyone and a huge congrats to those who moved on to stage 2! 🙏🏻 It’s been a wild ride leading to the top of Mt. Midoryama. I won’t be back next season, being on TV just isn’t my thing. I keep telling everyone that maybe I’ll give it a shot again when I’m 40, because why not? :) smile, enjoy what you’re doing and get outside! #everyonefalls #ninjabrittens #bebrave #getoutside #seeyouintheNNL!!

Although some of the American Ninja Warrior veterans have hit a road bump on their journey to winning the money and title, there have been successes this season. The Supergirl stunt woman, Jessie Graff has just been getting better and better. A big part of that is being inspired to show the audience what women can do.

“My first year doing Ninja Warrior, I didn’t really know what it was about,” she said according to USA Today. “After that, when so many people were like, ‘I didn’t know women could do that,’ I thought, ‘Then, we better show you.’ The main thing is just testing my limits, seeing how much you can do. Seeing how much you’re capable of.”

This season she became the first woman to finish Stage 1. Part of that involved the Warped Wall however she is still focusing on improving her performance for the future. “The Warped Wall — that’s one of the things I wanna go back and work on,” she continued. “I didn’t do it efficiently. I caught the wall by one hand, but it was close.” She continued, “I need to go to skate parks and practice running down the ramps. Skateboarders tend to do well on the Warped Wall.”

4. Triumph: Tyler Yamauchi becomes the shortest person to make it up the Warped Wall 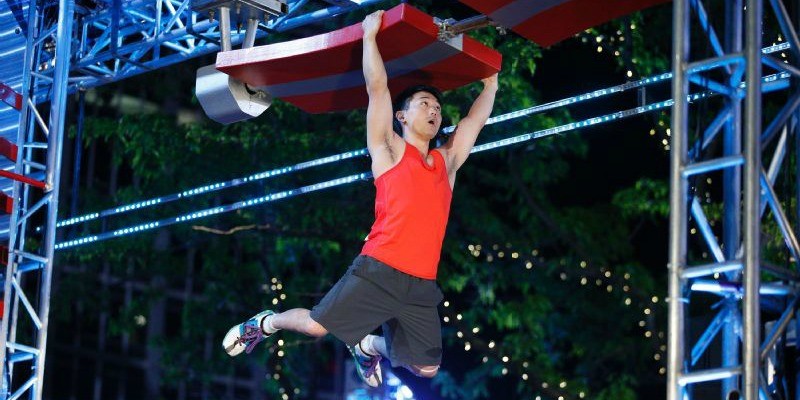 There are many obstacles in the competition that are easier for people with certain body types. The Warped Wall especially has been a tough one to beat for those who are short. That means a lot of women in the competition have had to work up to it. Kacy Catanzaro became the first woman to make it up the wall in Season 6. But this season another record was made.

The gymnast, Tyler Yamauchi is only 5-foot-1 but that didn’t stop him from training hard to make it up the Warped Wall. Since more and more people have been able to make it up the obstacle, it has been raised to over 14 feet. But he didn’t let that stop him.

This record however might not be that surprising to those who follow Yamauchi. He has a YouTube video showing him going up a 17-foot wall as he trains for American Ninja Warrior. After that he continued to have a pretty decent run on the show and made it to the Las Vegas finals.