‘American Ninja Warrior’: Who Will Be the New Isaac Caldiero?

American Ninja Warrior is probably the hardest reality competition show out there. Over the years, we have seen many athletic people go through some of the hardest courses in the world trying to win the $1 million dollar prize.

After six long seasons, the first winner of the series was Isaac Caldiero in Season 7. So it makes sense that the question on everyone’s mind in Season 8 is who will be the new Caldiero? We have talked about female competitors who could win, but here is our prediction of who will be the one to take the title out of all the ninjas.

In order to hypothesize who could win, we’re going we have to look back at the winner. Caldiero’s athletic experience came from one specific hobby like many other contenders. “From the beginning,” the winner told People magazine, “I completely altered my life around rock climbing. Whatever I needed to do, like cleaning bathrooms at my local climbing gym to get access. I did construction for about 12 years, and I basically designed my life around working three or four months out of the year, saving up $200 and living really frugally to travel the rest of the time.”

His dedication also played into his win on the show. He created a replica of the Stage 3 course in his backyard. The people in his life was also very focused on the show. His girlfriend Laura Kisana competed to win the prize money herself. So who, out of the hundreds of competitors fits this description? There are two people who we think can win. 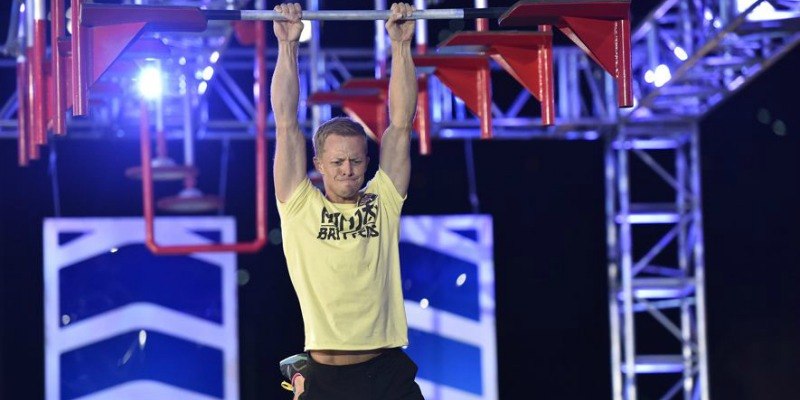 There’s no doubt that this ninja is a top competitor. Last year he made American Ninja Warrior history by completing Stage 4 in the Las Vegas finals. Technically he was the first to win the title before Isaac Caldiero sneaked up and beat his time by three seconds! Since the finale Britten has been understanding but defensive about his title. The competitor explained his position to the Washington Times.

I feel like I’m the first American Ninja Warrior. I’m the first person to do it, and all I care about is that that’s recognized. Feel like I should get a title or something. Seems like it’s kind of gone to him, all the titles and all the glory, and he’s come out and said that he feels he deserves that. To me, that feels a little unfair.

So Britten probably has the most motivation to win it all due to having a taste of completing the finale round and having the title taken from him. And one thing every viewer of the show should know is that this competition is mental as well as physical. That mental focus, along with his experience is what gives Britten the best chance at winning the money this season. He also has a certain thing in common with Caldiero.

“I’ve been a rock climber for 21 years,” Britten continued. “Really strong rock climbing. I used to be a sponsored athlete for a while doing that in my 20s. Just always been lean and athletic and good at that stuff, you know? Grew up in Hawaii surfing. Ran the beach. Climbing through bamboo forests.”

It looks like rock climbers have a really good leg up on the competition. A lot of the obstacles involve strenuous activity in mid-air. So far Britten has been able to make it to the Philadelphia finals and will hopefully make it all the way and beat everyone’s time in the end. However he’s not the only one who can take it all this season. 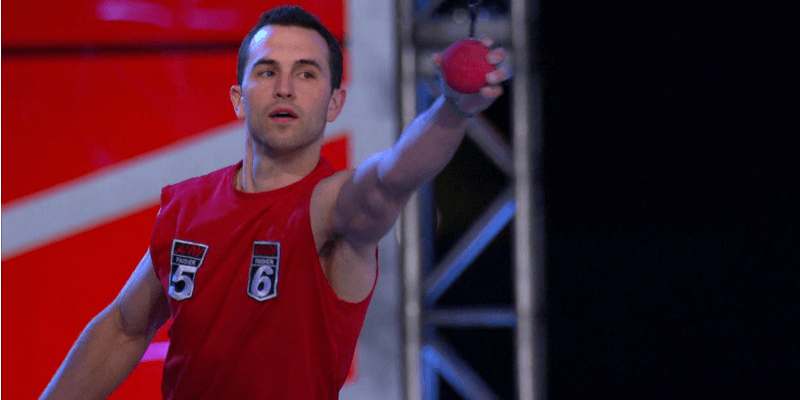 This ninja made it pretty far last season. He was a finalist in Las Vegas however couldn’t get past Stage 3. However, he is so far the only competitor to be able to make it to Stage 3 for three consecutive years. So this consistency shows that Moravsky is one of the most reliable ninjas in the competition. He just has to push a little further to take it all.

This season Moravsky has been able to make it through to the Philadelphia finals, however they have yet to take place. Chances are he will have no problem getting to Las Vegas with Geoff Britten again. But there might be one thing that has been holding him back.

“Geoff thinks you need to be minimum at a V8 stage climber to beat Stage 3. Period,” the competitor told International Business Times. “Well, I’m not a V8 climber and look, there you go, I didn’t make it.”

But just because he doesn’t have the same athletic background doesn’t mean he can’t do it. “I think I do have the ability to hit that level,” Moravsky continued. “The problem is I don’t have the time and the resources to do it. To hit Geoff’s level at his current age is more feasible, but I don’t think I will ever be as strong as Isaac because I can’t do it all of my life. Isaac travels the country doing this.”