‘American Ninja Warrior’: Could a Woman Really Win This Year? 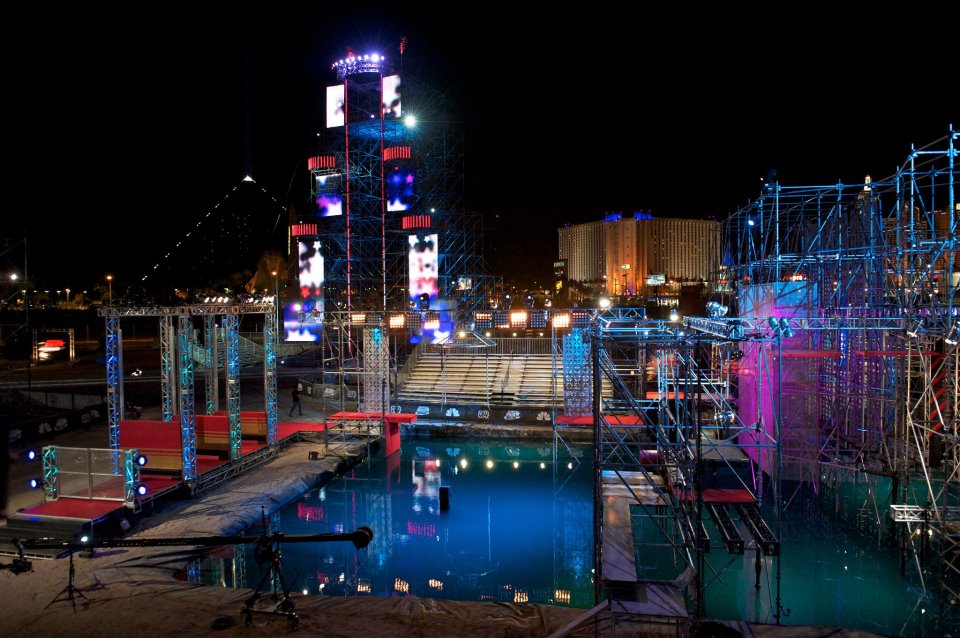 The competition series is back again for another season. People all over the country try to go through various obstacle courses for the chance to be the next American Ninja Warrior and win $1,000,000. Last year we looked at the women who take it all. However the first winner to get the prize was Isaac Caldiero in Season 7. Will this season be the year for the ladies instead? The thing about this show that makes it so unique is that it is almost anyone’s game no matter what.

Sweetwater dairy farmer Caleb Watson made it through the qualifying round and finished second of the night. On the other hand, favorites Kacy Catanzaro and Brent Steffensen didn’t complete their course when trying to qualify. Also Geoff Britten is competing again this season after becoming the first to complete stage 4 in Season 7 before his time was beat by Caldiero. Everyone will have to bring their best to beat him. However there are some pretty tough female competitors that could win this year.

Philadelphia, for example, has had some of the toughest female competitors. Rachel Goldstein, Allyssa Beird, Michelle Warnky, and Jessica Labreck have been able to make it to the city finals, which has never happened before on the show! The Fantastic Four has given hope for the chance of a female winner, but they aren’t the only ones. Here are some female competitors who can make it all the way. 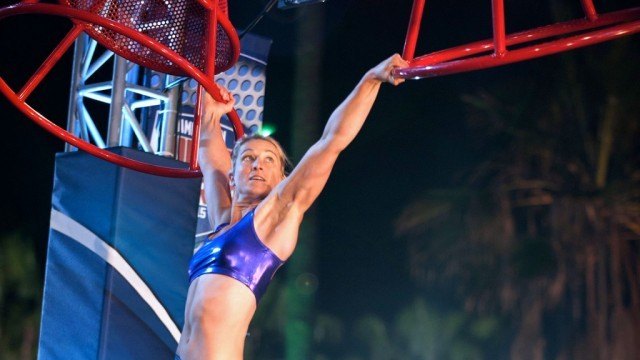 The Supergirl stunt woman ran through her Los Angeles Qualifier like it was nothing. The pole vaulter even got the 14½ warped wall on the first try, which is tough for any competitor but especially for women. By finishing the course, she became the first woman to finish the LA qualifying course and the first woman to beat the heightened wall. She finished the course in 4 minutes and 27.84 seconds proving that she is definitely one of the top competitors this season. [Update, 7/12/16: Once again, Jessie Graff impressed audiences by defeating the “Wedge” obstacle at the Los Angeles Finals.] 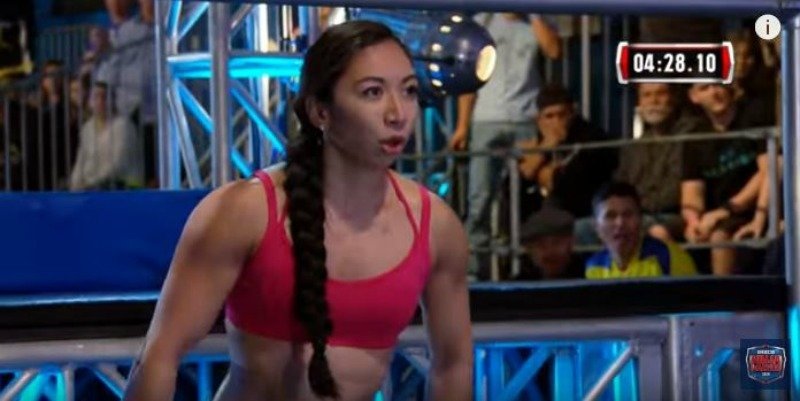 The rock climber really proved herself at the Los Angeles Qualifier. She was one of the few women to be able to make through the majority of her course except for the very last obstacle. The warped 14½-foot wall has proven to be a tough one to beat for women in the competition including Duran due to a disadvantage of height. However, since that’s the only obstacle she missed and given her time, she is moving on to the city finals to show us what else she can do. 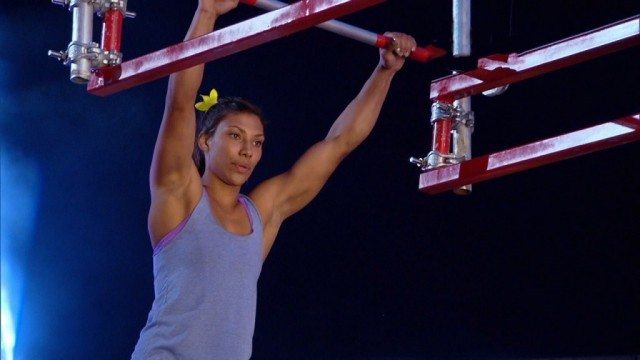 The rock climber really impressed at the Indianapolis Qualifier. Her biggest hesitation was the disc runner and rightfully so. Only one woman, Kirsti Pratt, was able to make it through before her. She ended on a high note with the warped wall and became the first woman to hit the buzzer at 6 minutes and 30.08 seconds. Hopefully she is able to hit the buzzer once again at the city finals. 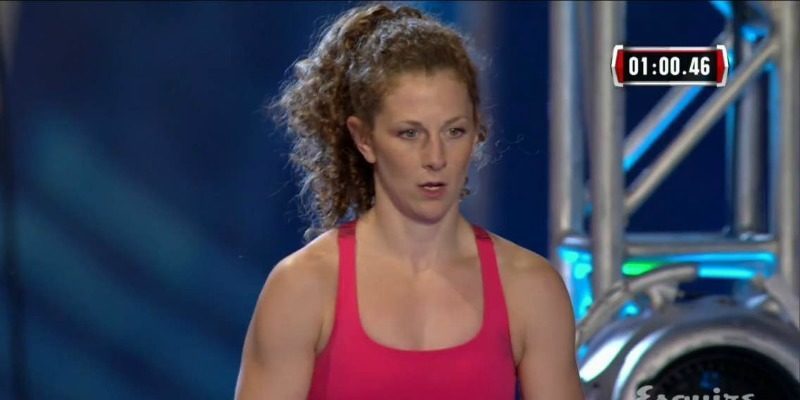 She is the first female National League finisher, so it’s no surprise Rachel Goldstein is doing well in the competition. She set the bar high in the Philadelphia Qualifier by blowing through multiple stages of her course. The occupational therapist didn’t trip up until 3 minutes and 40 seconds in at rolling thunder. The obstacle is a particularly hard one for women because they are typically shorter and have to reach a far distance to make it through. However, her effort was enough, and she ranked at 29 for the night. 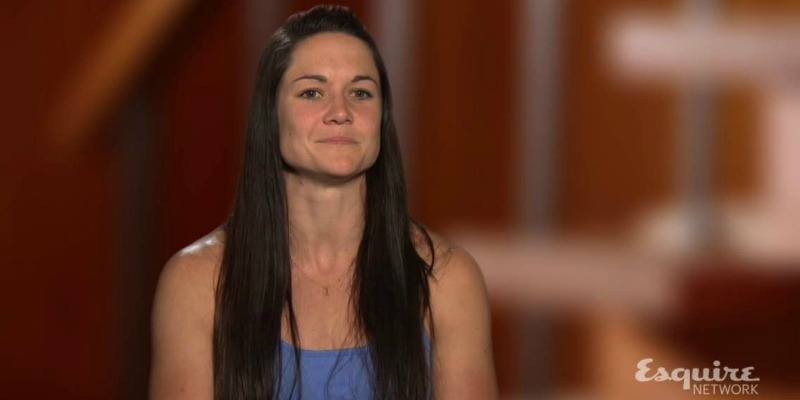 The full-time nanny was previously a sprinter and high jumper at the University of Maine. It definitely showed at the Philadelphia Qualifier where she made it all the way to rolling thunder. She put up a good fight but had to bow out at 3 minutes and 29 seconds. The rookie definitely showed that she has the chops to make it in the show. She made it through to the city finals at the 28 spot. 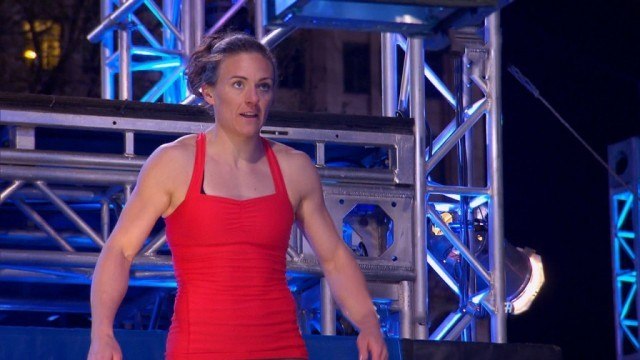 The gym owner has been helping other people with their fitness, but it has been pretty evident that she hasn’t slacked on training. As the second woman ever to make it up the warped wall, she has definitely made women proud on the show. She did it once again at the Philadelphia Qualifier by making it to the city finals. She was one of the many women who fell victim to the rolling thunder. She fell off the fifth obstacle at 2 minutes and 41.53 seconds. She might not have finished, but she made it into the Fantastic Four and ranked 17 out of 30.