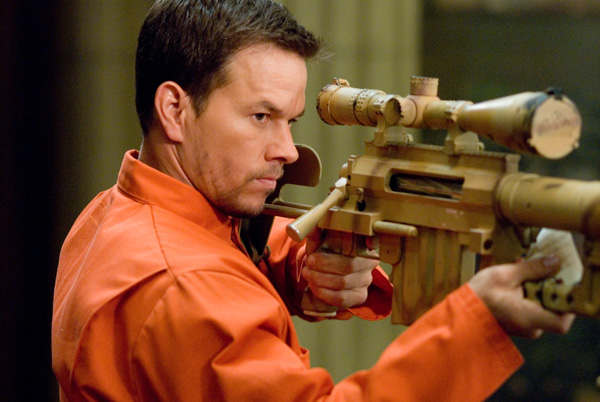 Hollywood’s sniper craze is set to continue with another high-profile TV project. The USA network has just given a pilot commitment to Shooter, a small-screen remake of Paramount’s 2007 feature film, starring Mark Wahlberg, of the same name.

According to Deadline, the series will take inspiration from both the movie and the 1993 best-selling novel Point Of Impact by Stephen Hunter. Like its source material, the show will chronicle the story of Bob Lee Swagger, a highly decorated Marine sniper who is living in exile after a mission gone wrong. He is coaxed back into action after getting wind of an assassination plot against the president. But his attempts to help only backfire when he ends up getting framed for the scheme himself. In order to clear his name, he must once again go on the run — this time to track down the person who set him up and find out why he was double-crossed.

The original film, Shooter, only brought in $47 million domestically at the time of its debut, but a television show based on the movie has reportedly been in the works for some time. Per Deadline, the series was originally set up at TNT last fall. When it didn’t move forward there, USA took on the project. The script, penned by John Hlavin (Underworld: Awakening, The Shield), is now undergoing further revisions for the pilot, which has a significant penalty attached. Meanwhile, the film’s original star, Wahlberg, is set to serve as an executive producer on the potential series alongside Stephen Levinson and Lorenzo di Bonaventura.

The developing show comes as sniper tales have become an increasingly hot commodity on screen, thanks to the huge success of the Clint Eastwood’s American Sniper. The war drama, which chronicles the story of one of the deadliest military snipers in Chris Kyle, has earned $500 million at the worldwide box office to date and topped Saving Private Ryan to become the highest-grossing war flick in North America. It’s also both Eastwood’s most successful film to date and the highest-grossing film of 2014. In addition to being a commercial success, American Sniper was also a critical hit, earning a total of six Academy Award nominations.

The huge success of the film has inspired the launch of other sniper-focused projects. Shooter isn’t the only similarly themed television project in the works. Last month, NBC green lit the six-hour miniseries The Reaper, based on the memoir of Special Operations Direct Action Sniper Nicholas Irving. The show, produced by the Weinstein Co., will reportedly chronicle the events of Irving’s active service and how he eventually became the United States Army’s 3rd Ranger Battalion’s deadliest sniper (earning him the nickname “The Reaper”).

Shooter will also mark part of USA’s effort to diversity its slate of original series. The channel just debuted its mystery thriller miniseries Dig earlier this month. The network also has several new shows premiering over the next year, including the medical drama Complications, the Christian Slater-starring hacker drama Mr. Robot, and Carlton Cuse’s futuristic drama Colony. A premiere date for Shooter has not yet been scheduled.