‘America’s Got Talent’: 4 Acts Who Didn’t Deserve to Go

The new season of America’s Got Talent is ramping up, and there are some interesting acts. There are so many talented acts this season doing so many different things. There are knife throwers, singers, and comedians. We have already made some predictions of what will happen. However the show is already showing us that talent alone isn’t going to take you all the way.

Everyone is doing their best to win the $1,000,000 prize. But judges Heidi Klum, Mel B, Simon Cowell, and Howie Mandel are already turning away acts in order to whittle down to who will make it to the live shows. Sadly some of the best acts we were rooting for have already gone home.

Maybe they just had a bad night, but we would argue that they didn’t deserve to go so quickly. So who do we think the judges made a mistake in sending home? Here are four acts we wish had more time to show us their talents. 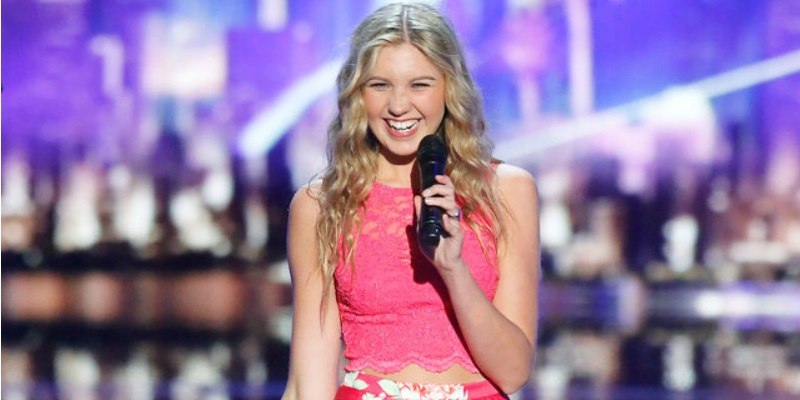 The 14-year-old blonde definitely has a voice on her. She blew the judges away with her rendition of “Wild Horses” for her first audition. It was her second time singing for Simon Cowell. She showed him her talents before when she was just 10 and she noticed him in a parking lot. Then he encouraged her to come audition when she got older, so she did. She made it through, but she didn’t get to stay long.

Her second performance was “Stop In The Name of Love,” and she truly put her own spin on it. It was soft, heartbreaking, and showed her control over her voice. It was surprisingly not enough for the judges however, and she was sent home. We get that the competition is getting tough, but Brennley stepped up to the plate and should have made it through. 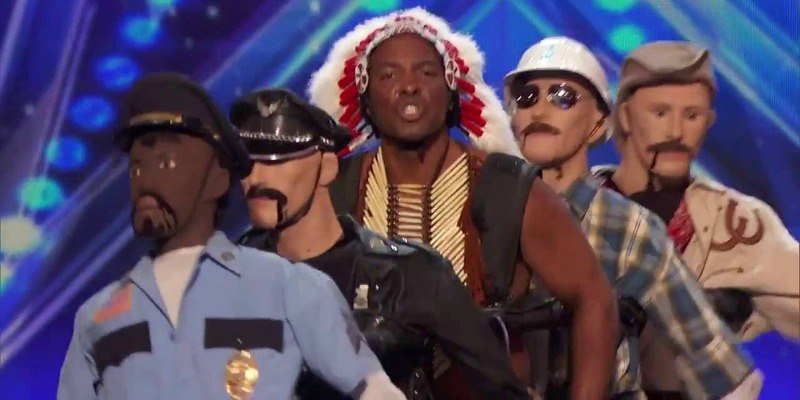 You might think we’re crazy for advocating for a one-man show that includes lip syncing. Christopher claims to have always wanted to be a part of a singing group but never found anyone to join him in his dreams. So he made life-sized puppets that will sing and dance with him. He definitely shocked everyone the first time around with his performance of “YMCA.”

But it looked like the schtick got old quick because his Navy performance didn’t go over as well. Yes, Christopher’s “talent” is not of the norm. However, he would be perfect for Vegas since his act is a good mix of comedy, weirdness, and music. Christopher was becoming more innovative with his sets, which is necessary for what he does. It just looks like it wasn’t evolving at the speed that the show needed to keep him around. 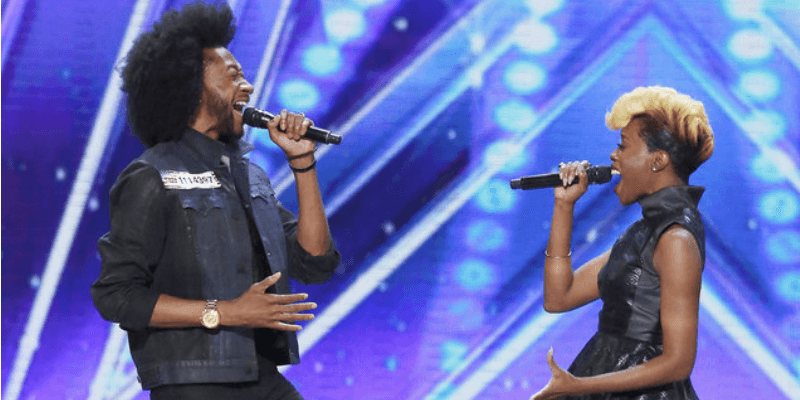 The married couple came on the scene singing “You’re All I Need to Get By.” You could tell that they were already singing backup for some big names because they had the look and the talent. Their chemistry also was felt by everyone watching. In the end the judges were blown away by them and how unique they were to the competition.

Sadly when they performed in front of the judges once again, we didn’t get to watch it. However, we know whatever they did wasn’t enough because they were sent home. This was a huge loss. Yes, we have other singing duos and groups in the lineup. But none of them have the experience or chemistry that The Smiths have. Hopefully this won’t be their last attempt at going solo because they are good enough to make it in the business. 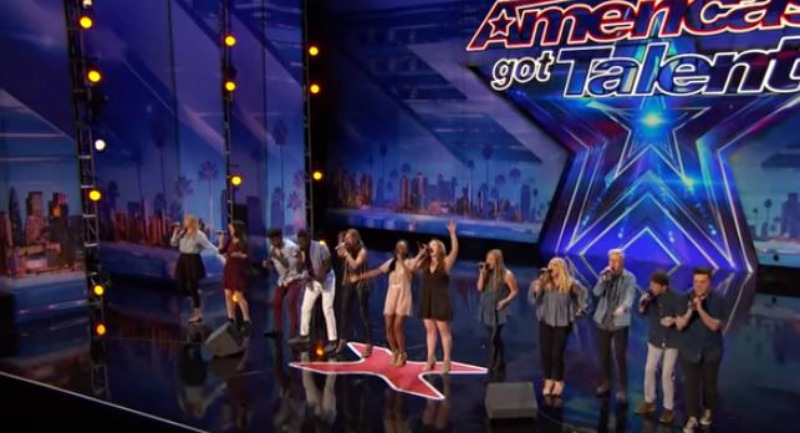 We saw the adorable high school kids perform together on week three, and they blew the judges away. The acapella group not only got a standing ovation, but they also got a cute promposal on stage. Sadly their run was over pretty quickly — they got kicked off after the second round, and we didn’t get to see their performance.

The acapella group did well in their first audition and arguably better than their fellow singing group performers. We definitely think we haven’t gotten the chance to see all that they can do. Since they’re young there is always the chance of us seeing them again one day. Hopefully they stick with it instead of getting discouraged!

The show still has one more high school acapella group left called Musicality. We haven’t seen them since their first performance, but they are still in the game. Ideally they would learn from One Voice’s mistake in order to make it further into the competition. After all, there is a chance Simon is looking for another young singing group since One Direction is done.

We might not have been able to agree with the judges on these four decisions, but there is still a lot of talent left in the competition. We have young singers like Lauren Bretan and Grace VanderWaal, who got the golden buzzer, to look forward to. Julia Scotti has been consistently bringing the funny on to the stage as a comedian. So the show isn’t lacking on talent. We’ll keep our fingers crossed that they go far in the competition.