‘America’s Got Talent’: 3 Acts Who Should Be in the Finals

The talent on America’s Got Talent has been slowly but surely been dwindling down. We talked about acts that didn’t deserve to go earlier this season, but once again we have to say that America got it wrong. The finals are approaching fast and yet some of the most talented acts have already been sent home packing. 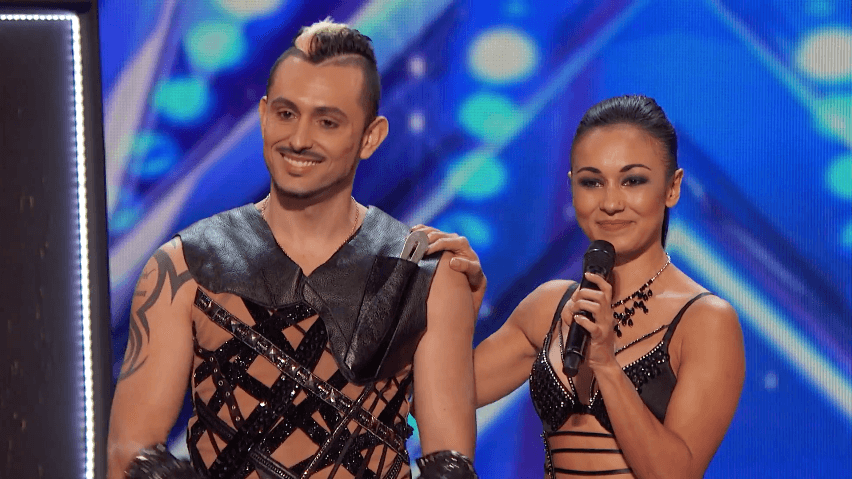 The married couple has been doing very dangerous stunts since the very beginning of the show. At first the act was primarily Alfredo throwing knives at his wife, Anna. But then they slowly but surely stepped up their game by having her spin a wheel with balloons set up as targets right by her face. Alfredo would throw darts while his head was completely covered.

We saw earlier in the show what could go wrong in an act like this. The fact that these two have never made a mistake and looked phenomenal while doing it says a lot. Also considering that they have put in the effort to top themselves each time says a lot. The duo isn’t just your average team of knife throwers. They have been at this a long time, which actually made them think twice about coming on the show. As Alfredo told Carter Matt:

I’m a 34-year-old, and I’ve performed everywhere. We travel overseas all of the time. We’ve never performed in the U.S. before, because we had that offer to go overseas. I was already on a certain level, so I wondered, ‘What if there’s a judge on the show who doesn’t know anything about show business, and gives me a bad review?’ It could destroy my career, and it could be horrible for me and my family.

If you ask us, his experience showed! 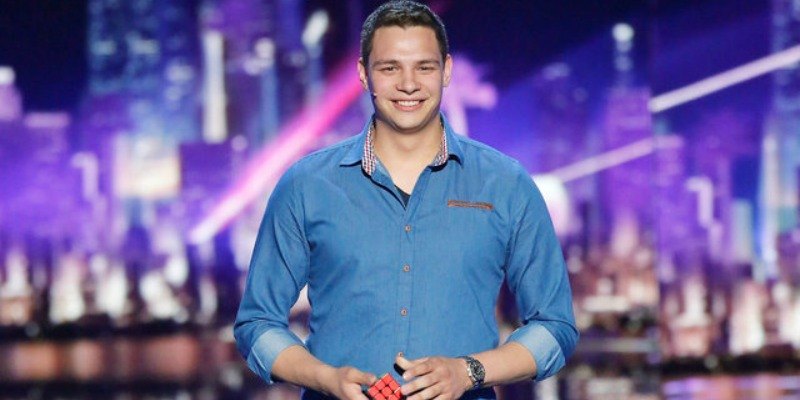 The rubik’s cube magician has a talent that doesn’t sound that interesting on paper. But he has proved again and again that he can entertain just as well as talented singers, jugglers, and clairvoyants. He has a cheeky demeanor that is fun and keeps his participants on edge. All the while he has been able to match rubik’s cubes to ones judges have randomly mixed up, set up a cube’s side to be the color a judge was thinking about, and make Brad Pitt’s face out of hundreds of cubes.

Sadly, Brundage has been sent home not once but twice! The first time he fought his way back on the show by asking his fans to make a petition to bring him back. The petition worked, but after his biggest act yet he was still sent home a second time.

This has nothing to do with Brundage’s talent but sadly the fact that he was lost in the shuffle of many talented contestants. There are multiple magicians on the show including a NFL player and kid siblings. Brundage’s cubes seem a lot more forgettable considering that. He is also going up against many talented singers who have the advantage of moving audiences emotionally. Rubik’s cubes are more tied to math than emotions and therefore don’t really resonate with the audience.

But the thing many people overlooked is that those other magicians aren’t necessarily doing anything new. Many of them are still doing the old disappearing act and Mel has pointed out multiple times that these tricks are easy to figure out. At the end of every act by Brundage you are still left wondering how he did it. We do think Brundage would do well in Las Vegas with his act. Hopefully he will be able to get there in another way. 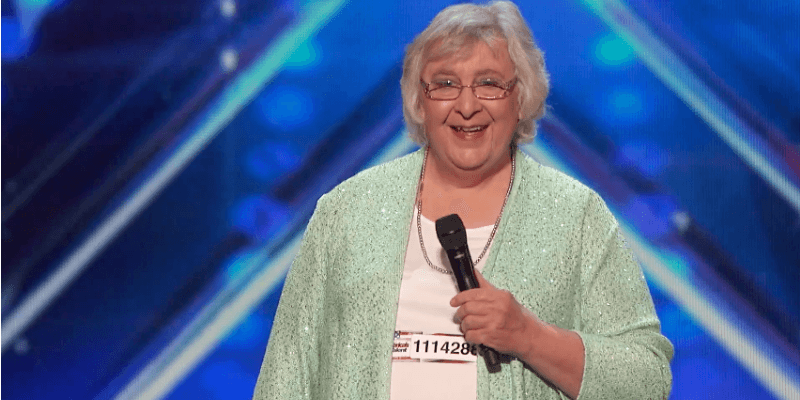 The comedian may be 63-years-old, but she showed that she can serve up some pretty funny and risky jokes. The New Jersey native had people cracking up about her hatred of the thought of living with a partner, being old, and having only enough money for Netflix in her 401(k).

There have not been many comedians that have been able to survive this season. But Scotti was one of the few to last the longest because she was unique and shocked the audience every time. After all, she dropped the F-bomb in her first audition and still made it through! Simon Cowell called her “naughty” and loved her for it. Sadly she somehow didn’t get the votes that she very much deserved.

“For the first 28 years of my life, I was known as Rick Scotti. So this is big for me,” Scotti said after her first set on the show. The comedian also happens to be transgender. She didn’t really talk about that part of her identity in her set, but just knowing how many experiences she’s had, she probably has a huge pool of material to choose from. Yet the comedian still felt relatable to everyone who watched her. Hopefully America’s Got Talent won’t be the last or biggest platform she uses to make people laugh.