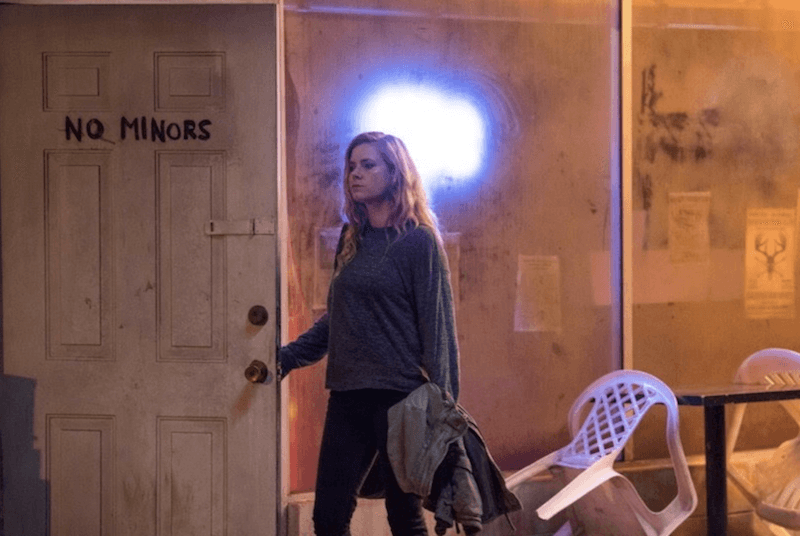 HBO’s Sharp Objects marks Amy Adams’ return to television after a 12-year absence. Primarily, she’s known for her film performances, but she did a lot of TV work early in her career, and you may have seen her pop up on one of your favorite shows, even if you don’t remember that it was her at the time. Let’s take a look at some of Amy Adams’ television roles prior to Sharp Objects.

We’ll start with the earliest example: her appearance on That ’70s Show. Adams is in the Season 2 episode “Burning Down the House,” in which Jackie hosts a dinner party that goes horribly wrong. Adams plays Kat Peterson, the most popular girl in school who Hyde hooks up with.

The same year as her appearance on That ’70s Show, Adams was also in an episode of Charmed. In the Season 2 episode “Murphy’s Luck,” Prue meets a woman named Maggie Murphy, who has bad luck as a result of a darklighter. Adams plays Maggie in the episode. Like with That ’70s Show, she’s only in this one episode and doesn’t appear again.

Amy Adams in Charmed | The WB

After roles on Zoe, Duncan, Jack and Jane and Providence, Adams was on another WB show, Buffy the Vampire Slayer, in 2000. The Season 5 episode “Family” focuses on Amber Benson’s character, Tara Maclay, and Amy Adams plays Tara’s cousin, Beth. Once again, this was a one-time appearance.

Amy Adams in Buffy the Vampire Slayer | The WB

In 2001, Adams appeared on Smallville. In the Season 1 episode “Craving,” she plays Jodi, an overweight woman who starts eating vegetables from a meteor, and they instantly make her thin but also make her crave human body fat. The whole storyline of  is centered around Adams, who is made to look overweight in the opening scenes.

Amy Adams in Smallville | The WB

The following year, Adams had a guest role on The West Wing. In Season 4’s “20 Hours in America,” Adams plays Cathy, a farmer who Toby, Josh, and Donna meet while President Bartlet is giving a speech in Indiana; she gives them a ride until her car runs out of diesel. This episode is a two-parter, but Adams is only in the first part.

After that, Adams didn’t appear on TV for another two years. Her next role was a voice acting gig on King of the Hill. She voices Merilynn in the episodes “My Hair Lady” and “Cheer Factor.”

It was in 2004 that Adams had her most significant TV role ever on the show Dr. Vegas. She was actually a recurring character on this CBS series starring Rob Lowe, but it was canceled after less than one season. The last few episodes of Season 1 didn’t even air.

Then, in 2005, Adams had the TV role that she might be best known for: Katy on The Office. She appears as the titular character in the Season 1 episode “Hot Girl,” playing a salesperson who comes to Dunder Mifflin to sell purses, only for Michael Scott to become enamored with her.

Amy Adams in The Office | NBC

In Season 2, Katy ends up returning, as she and Jim begin to date. Mainly, this whole subplot is introduced in order to add tension to the Jim and Pam relationship. In “Booze Cruise,” Jim takes Katy on an office boat trip, but he soon realizes how empty their connection is compared to what he has with Pam. When Roy proposes to Pam, Jim breaks up with Katy, and we never see her again.

Adams’ role as Katy is actually her last television performance prior to Sharp Objects unless you count the two times she hosted Saturday Night Live. Mainly, Adams has been focused on her film work since then. Her career really took off after her part in Junebug, which earned her an Oscar nomination for Best Supporting Actress. She went on to star in films such as Enchanted, Doubt, The Fighter, The Muppets, The Master, Man of Steel, American Hustle, and Arrival.

Now, 12 years after Jim Halpert broke up with her on the booze cruise, Adams is back on television as Camille Preaker, the lead character of the HBO’s Sharp Objects. Based on the novel by Gillian Flynn, the miniseries revolves around a crime reporter who returns to her hometown to investigate the murder of two young girls.