Amy Schumer: 4 Reasons She is Making it Big in Hollywood 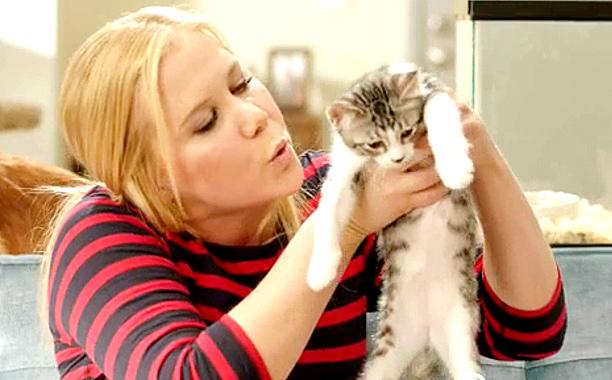 Now into its fourth season, Inside Amy Schumer on Comedy Central is easily one of the network’s most popular shows. Past that though, it’s become a series that goes viral on a regular basis, with daily updates from multiple sites telling us what sketches to watch. Regular uploads from the show to YouTube allow us to catch the highlights, while full-episode availability on Comedy Central’s site as well as Hulu Plus make it eminently available.

But it’s not just ease of access that makes Amy Schumer’s brilliant brand of comedy what it is. In just these last few years, she’s quickly assumed a place among the A-list of Hollywood for reasons that defy the fundamental workings of the industry. Studios and TV shows are quick to make their casting decisions for women based on some less-than-progressive criteria, a trend that Schumer has openly defied, and in doing so made herself into a cultural icon. But what exactly has she done to achieve this?

Gender politics is a topic that makes many in this country uncomfortable, and even more so in the film and TV industry. Schumer on the other hand has wasted no time in pulling back the curtain on the ugly face of discrimination in America. Sure, she’s done it in a way that isn’t exactly appropriate for say, Larry King Live, but the more controversial her sketches and stand-up has gotten, the more it’s gotten noticed. When it comes to making people talk about and acknowledge the issues our country has with gender, subtly simply isn’t an option.

It’s not enough simply for someone to begin a conversation about equal treatment and gender discrimination. However noble the message, if it’s not getting noticed, it won’t even begin to scratch the service of real change. With Schumer, we see an incisive brand of comedy that screams from the mountaintops. After each episode of Inside Amy Schumer airs every Thursday, you’d be hard-pressed to find an Internet culture site that doesn’t recap the craziest and most controversial sketches. When it becomes harder to avoid a message than it is to simply listen to it, that’s when you know the person delivering it is doing good work.

3. Inspiring even the most progressive of us to question ourselves

The Internet on the whole prides itself on its progressive nature. Things like gay marriage, gender equality, and generally liberal politics are all hot button issues, but that’s all for nought if we lack the introspection necessary to hone those beliefs to a fine point. The best of Amy Schumer’s comedy forces us to question our own morals and beliefs. A sketch about the “f*ckability” of women in Hollywood can make us stop and think, “do I think of these women the same way?” A bit about the way men in relationships obsess over the appearance of their girlfriends has the potential to make viewers wonder if they do the same. That level of introspection is key to getting the message across past a simple “well, that was funny.”

Should we need a sketch comedy show on Comedy Central to start a conversation about gender politics? Absolutely not. But this is the generation of kids who get more of their news from The Daily Show than they do from networks like CNN. The 18-29 demographic in many ways lacks the ability to stay attentive to important issues without an entertainment or comedy aspect baked in.

And while that fact is more than a little tragic, it’s the market we exist in. Schumer clearly knows her audience, and in that knows exactly how to speak to them to in order to make her message heard. You don’t have to tune in to Inside Amy Schumer wanting to talk about gender discrimination and the treatment of women, but you’ll certainly be entertained enough to want that by the end of just one episode.