An Interview With Joshua Butler: A Truly ‘Limitless’ Director

There are plenty of household names in the realm of television directing. Steven DeKnight, Rian Johnson, and Adam Arkin name themselves among this group, having been at the helm for some of TV’s biggest and most popular shows. There exists a section of directors though that works just as hard, with only half the public recognition. We’re of the mind that these creative minds deserve a place to have their names be known, with one such talent being Joshua Butler.

A quick peek at Butler’s IMDB page can tell the average TV fanatic a lot about just how deep his resumé goes. If you’ve watched network television over the last five years, odds are you’ve watched an episode of a show he directed, with credits that include The Following, Pretty Little Liars, The Vampire Diaries, Nikita, and now CBS’s Limitless. Butler’s turn at the CBS adaptation of Bradley Cooper’s film by the same name airs tonight, and we had the privilege to chat with the talented director to chat about that, and a whole lot more.

You’ve worked on a variety of shows throughout your directing career. Throughout all this, what’s one common strategy you bring to each project?

Joshua Butler: Whether I’m directing vampires, werewolves, witches, space aliens, reindeer, succubi, muties, cannies, internet killers or the occasional human being, I have one common strategy: Make the moments real. If you are dealing with the wildest of mythologies or the simplest of human emotions, audiences must be able to identify with the characters onscreen.

Tell us a little bit about the episode of Limitless you directed, and what makes it special for you.

JB: The episode of Limitless that I directed, which premieres on CBS Tuesday, October 20 at 10 p.m. ET/PT, is one my proudest moments as a director. Showrunner Craig Sweeny, along with producers Alex Kurtzman, Roberto Orci and Bradley Cooper, created an environment where I was free as a filmmaker to riff — jazz musician-style — on the style of Marc Webb’s amazing pilot and find fun new ways of telling this very entertaining, surprisingly emotional story.

What are 3 “cheats” you use in your daily life?

What advice would you give someone trying to break into TV directing?

JB: Hone your skills and craft so you can “make a day.” TV moves so fast, a director is often asked to shoot 6, 7, even 8 pages of a script a day. (By contrast, most feature films tackle 1-2 pages a day.) It is essential to get efficient coverage and tonally accurate performances without wasting any time designing and shooting material that is unnecessary and will end up on the editing room floor. And it is a must to shoot within the line producer and assistant director’s allotted hours. Time is big money in television. Not to be wasted.

What is the one thing you always make time to do?

JB: At the end of a busy day — whether it’s been 14 hours or 22 hours of solid work — I need at least 30 minutes of total creative decompression before sleeping. Over the years, I’ve created a short list of “cheats” that will help me do this, most of which involve lying in bed and watching a show or portion of a film. At the top of the list: Any episode of Monty Python’s Flying Circus or Fawlty Towers, or any excerpt from an Albert Brooks or Christopher Guest movie. 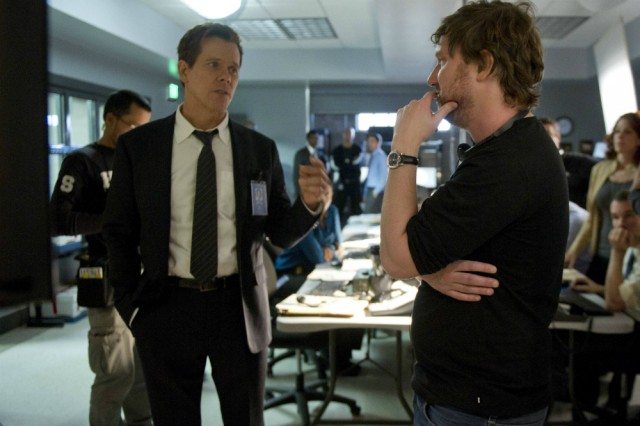 What does a typical day in your life look like? Do you have a morning routine, afternoon routine, and bedtime routine?

During your run directing The Vampire Diaries, what was it like finally being able to spread your wings over the course of a handful of episodes? Would you say you prefer this to the shorter runs you’ve done (i.e. 3-5 episodes)?

JB: I’ve directed 11 episodes of The Vampire Diaries over the course of the first 6 seasons, and it was a true pleasure playing in the world of Mystic Falls every few months. I am thrilled and lucky to have worked on a show that captured the zeitgeist and the imagination of the popular culture, and one that lasted for so long. Several times in television, I directed on a series that only produced 13 or 22 episodes before being cancelled, and I would have loved to “spread my wings” over more episodes of many of those fine series.

What are the challenges you face as a director involved in so many different projects?

JB: Because TV directors rotate in and out of multiple series, the challenges involve immersing myself in the worlds of the shows I’m working on. This means reading all the scripts before and after the episode I’m directing, watching all available cuts of other episodes, discussing the vision of the series in depth with the showrunner, and creating relationships with cast and crew so that they trust me to say “Action” and “Cut” during the time we work together.

Is there another person in your field who inspires or challenges you?

JB: Marc Webb has been a recent inspiration. He has gone from directing incredible features like (500) Days of Summer and The Amazing Spider-Man to the spectacular pilot and second episode of Limitless. My goal is to float between film and television as seamlessly as he does, embracing the beauty and challenges of both mediums. 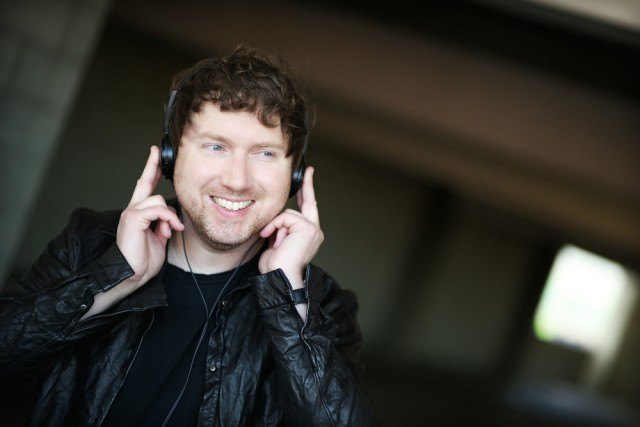 Any big upcoming projects you can tell us about?

JB: A big upcoming project is on the horizon. Unfortunately, I can’t yet tell you about it. Except to say it’s a kick-ass feature film I’m writing and directing.

As a writer and director, what would you say defines your style?

JB: Epic emotion. Pretty pictures. True human drama. An emphasis on music (songs and score) that elevates onscreen relationships and storylines. A sense of urgency and tension. A pace that never lags. A drive to made audiences feel deeply.

Tune in to Limitless on CBS tonight, at 10 p.m., and follow Joshua on Twitter at @TheJoshuaButler to stay in the loop!