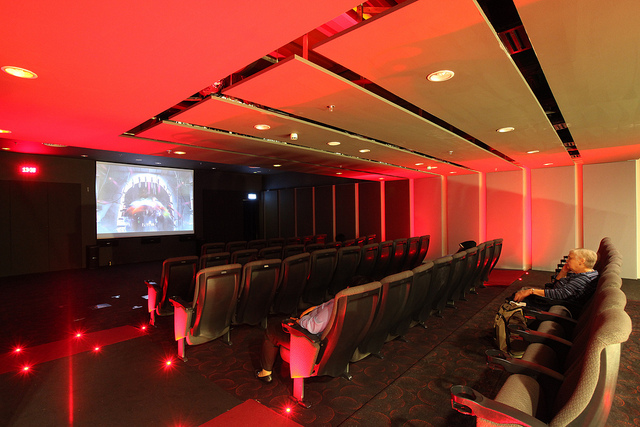 Over the next two weeks, there are three rental releases that grossed more than $50 million in domestic box office compared to three last year. DVD rentals for the upcoming two-week period should outperform the same period last year due to higher box office results.

Earlier this month, Outerwall (NASDAQ:OUTR) updated investors on its operations review and capital structure initiatives. Outerwall will discontinue three New Ventures — Rubi, Crisp Market, and Star Studio — and expects to be substantially done winding them down by the end of Q1:14. The units will be reported as discontinued operations beginning in Q4:13. While we expected a reduction in New Ventures, we were surprised by the closure of Rubi, as Outerwall management had seemed committed to the business. Outerwall will continue to invest in its ecoATM business and will continue with a limited investment in SAMPLEit ($1 samples in drug stores). We expect ecoATM to be accretive to EPS in 2014.

Outerwall added $350 million of new debt, primarily for share repurchases, allowing it to move to its previously announced target net leverage range of 1.75-2.25x net debt to core adjusted EBITDA in Q1:14. The company will reduce costs by roughly $22 million annually beginning in 2014, primarily through workforce reductions. It has reduced its workforce by 251 positions (8.5 percent), suggesting that the savings will easily be captured. We were surprised by the magnitude of the restructuring and believe that it has positioned the company to substantially grow EPS in 2014. We believe that the recent purchase of ecoATM gives the company a growth vehicle, which could drive its multiple higher, but it is difficult to assess the potential of used phone trading.

We expect Netflix (NASDAQ:NFLX) to eventually hit a ceiling on its growth, and although we acknowledge that the service is sufficiently sticky to allow the company to substantially raise prices, we do not believe that the current valuation is warranted, even if a large price increase drops to the bottom line. We have observed Netflix lowering the quantity of content offered (the company does not disclose its title count, discontinuing the practice a couple of years ago), and we believe content quality has increased at the same time, suggesting that the company is managing content costs by paying more for the content it keeps, but buying less content overall.

Ultimately, we believe that higher content costs will drive Netflix to increase price, and our recent survey work suggests to us that a modest price increase may cause the company to lose 10-20 percent of its customers, resulting in little bottom-line contribution. Should Netflix seek a substantial price increase, we acknowledge that it would become wildly profitable, but we suspect that at a much higher price point, its growth would stall. If Netflix were to become wildly profitable, we would expect content providers to seek higher fees for content, in a manner similar to movie studio deals with theatrical exhibitors. The studios share in ticket sales, irrespective of ticket price, although minimums are set for film rent. We think that Netflix’s current content deals reflect minimums and believe that if Netflix were to increase prices, content costs would rise in lock step.

We expect Q4 domestic box office to end slightly up from a crowded release slate in December. Previously we expected the quarter to be down slightly due to weak showings in the first two months of the quarter: October was down 6.7 percent, while November was down 2.3 percent. December has been very strong, trending up 11.6 percent through December 29. The strength in December has been driven by a crowded release slate and a strong showing from November rollovers The Hunger Games: Catching Fire and Frozen. Christmas Day also had five wide releases this year compared to three in 2012.

We expect a very active M&A market to continue in 2014 as the industry continues its consolidation. The transition to digital, IMAX (NYSE:IMAX), and 3-D screens is helping to drive consolidation. Approximately 85 percent of screens have been converted to digital, and, while most circuits have some portion of screens converted, a significant number remain unconverted. The recent initial public offering by AMC suggests to us that it may enter the fray, and we expect prices for screens to rise as competition for acquisitions increases.