Angelina Jolie Takes On Another Inspiring True Story For Netflix 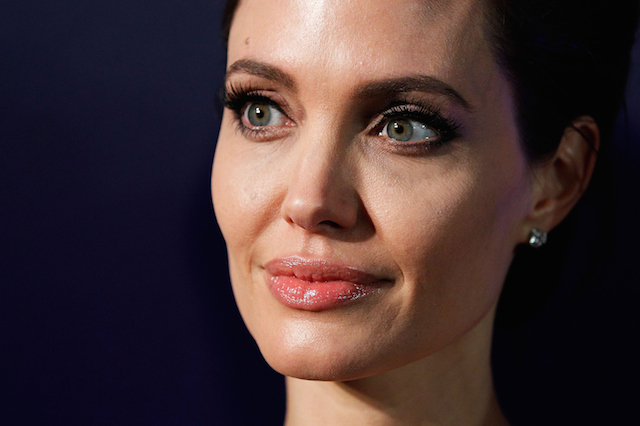 Angelina Jolie is officially the latest A-list name to team with Netflix. The Oscar-winning actress has joined forces with the streaming service to create the original film, First They Killed My Father: A Daughter of Cambodia Remembers.

Jolie will direct the feature film, which is based on the 2000 memoir by Cambodian-American author Loung Ung. Ung is a survivor of the deadly reign of Khmer Rouge, which took power over Cambodia in 1975 and began a four-year reign of terror and genocide. Over the course of their regime, nearly 2 million Cambodians lost their lives. Ung was forced to leave her family’s home and trained as a child soldier in a work camp for orphans while her six siblings were sent to labor camps.

The project will mark Jolie’s third directorial effort. She previously helmed the adaptation of another inspiring true story, Unbreakable, and is currently completing work on the marital drama, By the Sea, co-starring husband Brad Pitt. But as she recounted in Netflix’s official announcement, this film holds particularly special meaning to her.

“I was deeply affected by Loung’s book,” the actress said. “It deepened forever my understanding of how children experience war and are affected by the emotional memory of it. And it helped me draw closer still to the people of Cambodia, my son’s homeland.”

Jolie reportedly first came across Ung’s story and reached out to the author years ago. The two became close friends and worked on adapting the book to screen together. In addition to directing and co-writing the screenplay, Jolie will produce the film alongside Rithy Panh, the filmmaker behind Oscar-nominated best foreign language picture The Missing Picture. Jolie’s Cambodian-born son, Maddox, will also reportedly be involved in the production of the film.

“Through the years, we have become close friends, and my admiration for Angelina as a woman, a mother, a filmmaker, and a humanitarian has only grown. It is with great honor that I entrust my family’s story to Angelina to adapt into a film,” Ung said of the adaptation.

News of the film comes only a few months after Jolie’s husband, Brad Pitt, announced he was also teaming with Netflix on the high-profile satirical comedy War Machine. According to Jolie, she decided to turn to the streaming giant in part because of its global reach. “Films like this are hard to watch but important to see,” she said. “They are also hard to get made. Netflix is making this possible, and I am looking forward to working with them and excited that the film will reach so many people.”

Father will reportedly come ahead of Jolie’s planned Paramount drama, Africa, which centers on Dr. Richard Leaky’s battle against the illegal wildlife trade. That movie reportedly needed more time for script revisions and filming has been postponed. Instead, Jolie will begin production on Father in Cambodia later this year. Once completed, Netflix plans to submit the movie to major film festivals.

First They Killed My Father: A Daughter of Cambodia Remembers will become available to Netflix subscribers sometime in the fall of 2016.