Anne Hathaway Will Take on ‘Colossal’ Monsters Next 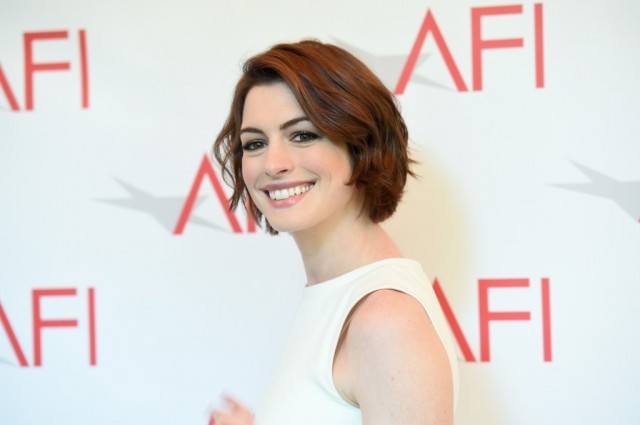 Anne Hathaway is about to face off against some big monsters. The Oscar-winning actress is set to star in Colossal, an upcoming flick that’s being labeled as a mash-up between Godzilla and Lost in Translation.

The plot sounds just as intriguing and mysterious as you’d think, based on that odd and unlikely description. According to The Hollywood Reporter, Hathaway will star as Gloria, an ordinary woman who loses her job and her fiancé and decides to leave her life in New York in order to move back to her hometown. But news reports that a giant lizard is destroying the city of Tokyo begin soon after. Gloria then comes to realize that she is strangely connected to these far-off events — all through the power of her mind. In order to prevent further destruction, she has to figure out what exactly is causing these events and why her seemingly insignificant existence is having such a colossal effect on the rest of the world’s fate.

Director Nacho Vigalondo has signed on to write and helm the film, per THR. Vigalondo, who was nominated for an Oscar for the short 7:35 in the Morning, has a long history in sci-fi. He previously directed 2007’s innovative time-travel thriller Timecrimes, and last year’s techno-thriller Open Windows. In addition to directing Colossal, Vigalondo is set to serve as executive producer on the project alongside Garrett Basch (Life Itself, The Cold Light of Day).

“Colossal is my most ambitious script so far, and probably also the most personal one. Having Anne and this terrific team around goes beyond my craziest expectations,” the filmmaker said of the project, which is reportedly set to be taken out to buyers at this month’s Cannes Film Festival.

For Hathaway, the movie comes just as the actress seems to be expanding her horizons and embarking into new genres. Colossal will mark her second recent foray into science fiction. She appeared alongside Matthew McConaughey in Christopher Nolan’s space flick Interstellar last year. Now, she’ll delve into the fantasy side of the genre, battling monsters — or, apparently, controlling them with her mind — in Colossal.

From the sounds of it, the project shouldn’t have issues drawing interest from buyers at the festival, or from other audiences, for that matter. While the description of Godzilla and Lost in Translation is curious enough, the pairing of an arthouse genre director and an A-list star like Hathaway makes it even more notable. So far, there’s no word yet on when the movie will begin filming, so we’ll have to stayed tuned for more specific information on production and other casting.

In the meantime, Hathaway is keeping plenty busy in the coming months. Colossus is only the latest project that the actress has added to her already full slate of upcoming projects. She has several other high-profile films set to hit the big screen over the next year. She’ll next appear on the big screen alongside Robert De Niro and Nat Wolff in the comedy The Intern, due out this September.

Hathaway will also reprise her role as the White Queen alongside Johnny Depp in Disney’s upcoming Alice in Wonderland sequel, Alice Through the Looking Glass, which is scheduled to arrive to theaters next spring. The actress is also reportedly in talks to star in the drama thriller The Burning Woman, expected to premiere sometime in 2017.