Another Movie From the ‘Jurassic Park’ Author: Will it Be a Hit? 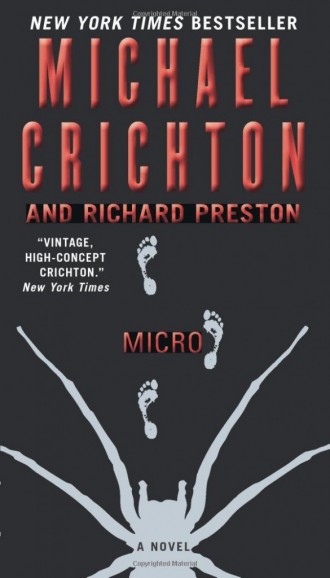 Steven Spielberg is bringing another work from the Jurassic Park author to screen. On the heels of Jurassic World’s huge commercial success, the filmmaker is reportedly developing an adaptation of author Michael Crichton’s high-concept thriller, Micro.

According to Deadline, Spielberg’s DreamWorks Studios has acquired the film rights to the book, which was published in 2011. The story follows a group of graduate students lured to Hawaii to work for a mysterious biotech company. Once they arrive though, things go wrong very quickly. They soon find themselves not only cast out into the rainforest, but also shrunk down to miniature size. In order to survive, they must rely solely on their wits and scientific expertise.

Crichton was working on Micro at the time of his death in 2008. The novel was left unfinished, but was later completed by author Richard Preston. When HarperCollins finally released it for publication, it quickly went to the top of the New York Times’ bestsellers list, spending more than 20 weeks there. Now, it’s on the path to conquer the big screen as well.

Per Deadline, Frank Marshall, the same producer behind Jurassic Park, Indiana Jones, and Back to the Future is on board to produce the Micro adaptation. Meanwhile, Chricton’s widow, Sherri Crichton, and Laurent Bouzereau will serve as executive producers.

“Michael was exhilarated, passionate and invested in Micro, a story he spent years researching and developing,” Sherri Crichton said in a statement. “It was yet another opportunity for him to explore the clash between science and nature, as seen through the eyes of relatable characters.”

Spielberg also made a statement about the upcoming adaptation, saying: “We are so pleased to have this opportunity to develop Micro. For Michael, size did matter whether it was for ‘Jurassic’s huge dinosaurs or Micro‘s infinitely tiny humans.”

News of the project comes as Jurassic Park is back in the headlines, thanks to the long-awaited reboot Jurassic World. In addition to writing the original novel, Crichton penned the screenplay for Jurassic Park, which spawned a hugely popular, multi-billion dollar franchise. Jurassic World is quickly proving to be worthy of its predecessor — at least, in the box office sense. The movie, which only hit theaters in mid-June, is not only the highest-grossing film in the Jurassic Park film series, it’s also the fastest film to accrue $1 billion and is set to become the highest-grossing film of 2015 so far.

With Jurassic World‘s huge success putting Jurassic Park back in the headlines, it’s no wonder DreamWorks is eager to bring another of the author’s works to screen. Micro would be only the latest of many Crichton-inspired book-to-screen adaptations. The novelist has left quite the legacy. The prolific writer, director, and producer, who helmed films like Westworld, The Great Train Robbery, and Coma, is one of the few people to have works reach No. 1 in television, film, and book sales simultaneously. While Jurassic Park is far and wide the biggest, most well-known of any adaptations based on Crichton’s writing, the author has seen a long line of his works hit the screen. His novels, which include The Andromeda Strain, The Great Train Robbery, Eaters Of The Dead, Congo, and Sphere, have been turned into a total of 15 feature films.

Whether Micro will prove to be a Jurassic-sized hit for Spielberg remains to be seen, but the story’s similar science-gone-wrong theme, combined with the return of some of the original creative team, could go a long way to drawing back some of Jurassic‘s sizable fans. No scheduled date for production has been revealed yet.