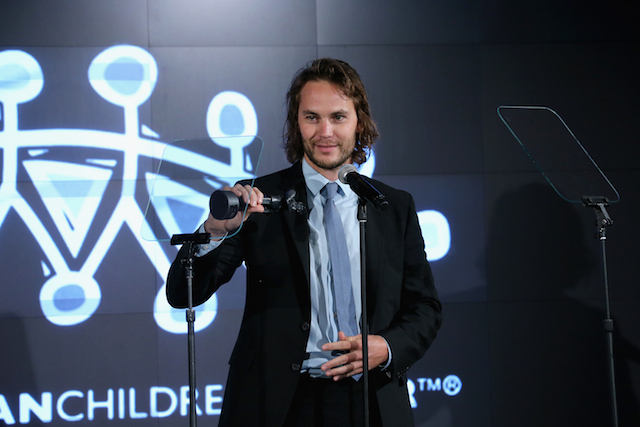 He’s been rumored to be a part of the cast of the upcoming season of True Detective for a while, but now Friday Night Lights actor Taylor Kitsch has finally confirmed that he will join Vince Vaughn and Colin Farrell on the show, and he spilled some details about the new season of the anthology series.

Kitsch spilled the beans in an interview with AdWeek. “Yeah, I’m really excited. I’ve just been prepping. It’s been almost a full year since I’ve been on camera, so I’m itching, man. I’m overdue. You’ve just got to grind it out. Even taking this year off was, I mean you want to work, but you also don’t want to just water it down and work for the sake of working. So, it was tough to sit a year out, keeping a finger crossed that I was going to get True,” the actor said.

Kitsch went on to explain how he took an entire year off from acting in order to nab the part. He turned down a lot of the roles he was offered so that he could take a chance on being a part of True Detective after talking to show creator Nic Pizzolatto.

“Yeah, I mean it was just showing a lot of patience on my end and turning a lot of stuff down because I wanted to be a part of it. And having this meeting with Nic Pizzolatto, it kind of brought me back to when I was here in New York and why I wanted to be a actor, why you struggle and why you don’t quit. And when we’re talking, I mean he’s obviously incredibly smart and passionate, so that rubs off. And you’re just excited to go now. I can’t fucking wait to hit camera,” Kitsch told AdWeek.

As for other details about the upcoming season, Kitsch confirmed that it will be set in Los Angeles, where the team will shoot on location, and that the setting is contemporary, though the characters have “that old-school vibe.”

Kitsch is best known for starring on the recent reboot of the TV series Friday Night Lights between 2006 and 2011 after his breakout role in Snakes on a Plane. The actor’s decision to be choosy about the roles he takes has since served him well. He was most recently in the highly acclaimed TV movie The Normal Heart with Mark Ruffalo and the well-received war movie Lone Survivor with Mark Wahlberg. “I hope to keep throwing curveballs, too, you know?” Kitsch said of his choice to take on edgier roles, per AdWeek.

One major thing we still don’t know about the anticipated upcoming television series is which actress will play the major female role in the second season. A litany of actresses have been rumored to be up for the part — including Elisabeth Moss, Rosario Dawson, Rachel McAdams, and Keira Knightley — but we still don’t have confirmation as to who’s going to fill the detective shoes of the character who’s being described as a tough sheriff with a fondness for booze and gambling caused by a rough upbringing.

The first season of True Detective was one of the most talked about and critically acclaimed shows of the year, with career-making performances from stars Matthew McConaughey and Woody Harrelson. Given the anthology format of the series, fans and critics are eager to see if Pizzolatto can repeat that kind of magic a second time around with a whole new cast and plot.