Marvel Studios’ Ant-Man and the Wasp will star Michelle Pfeiffer in a key role. Yet strangely, she hasn’t been highlighted in any of the film’s trailers.

So who exactly is Pfeiffer playing in this movie, and what do we know about the character from the comics? Here’s what you need to know about Janet van Dyne, including a storyline she was involved in that was highly controversial (page 7).

1. She was in the first movie very briefly

We have already learned a little about her past. | Marvel

Janet van Dyne was actually mentioned in the original Ant-Man and seen briefly during a flashback. In that film, a major plot point is that years earlier, Hank Pym’s wife disappeared when she went “subatomic,” meaning she shrunk down so far that she entered the Quantum Realm and was never heard from again.

The film shows us this happening in a flashback, although because Janet is wearing the Wasp suit, no actress can be identified as the character. At the end of Ant-Man, Scott Lang is able to successfully return from the Quantum Realm. Now that Hank realizes that returning from this realm where his wife disappeared is possible, he’ll likely want to try to rescue Janet in Ant-Man and the Wasp.

Next: Janet’s role in the comics.

2. She is the original Wasp

She has a very special role in the Marvel comics. | Courts_022 via Instagram

In the Marvel Cinematic Universe, the new Wasp is Hope Pym, played by Evangeline Lilly. But in the comics, Hope actually wasn’t even introduced until 1999. Instead, in the source material, Janet van Dyne was the Wasp going back to 1963.

When her father is killed by an alien, Janet goes to Hank Pym, her father’s associate, for help in getting revenge. She undergoes a procedure which gives her the ability to grow wings when she shrinks in size, and she is able to get revenge on the alien that killed her father. Janet and Hank eventually fall in love and become partners.

Next: She has an important role to play in the Avengers.

3. She’s one of the founding members of the Avengers

She is credited with coming up with the group’s name. | Marvel Comics

Janet van Dyne is a pretty crucial character in the comics, especially when it comes to the Avengers. After all, she’s one of the founding members of that group. The Avengers first made their debut in 1963, and in that first issue, the group’s members were Ant-Man, The Wasp, Iron Man, Thor, and The Hulk.

In fact, Janet is actually the one who comes up with the name “The Avengers” for this new team of superheroes. At several points in the future, Janet would wind up being the leader of the Avengers.

4. She can shrink without Pym particle capsules

Here’s what she is capable of. | Marvel Comics

In the original Ant-Man, Scott is not able to shrink down in size without making use of his suit, which is powered by Pym particles. In the comics, Janet at first needs to be exposed to Pym particles through capsules created by Hank Pym before she can shrink and grow in size.

But eventually, she has been exposed to the Pym particles for long enough that she doesn’t need the capsules anymore. Instead, her body creates its own Pym particles, and so she can shrink and grow at will. Although she is able to both shrink and grow, rarely does she make use of the latter ability.

Next: Janet was there for this iconic moment in Avengers history. 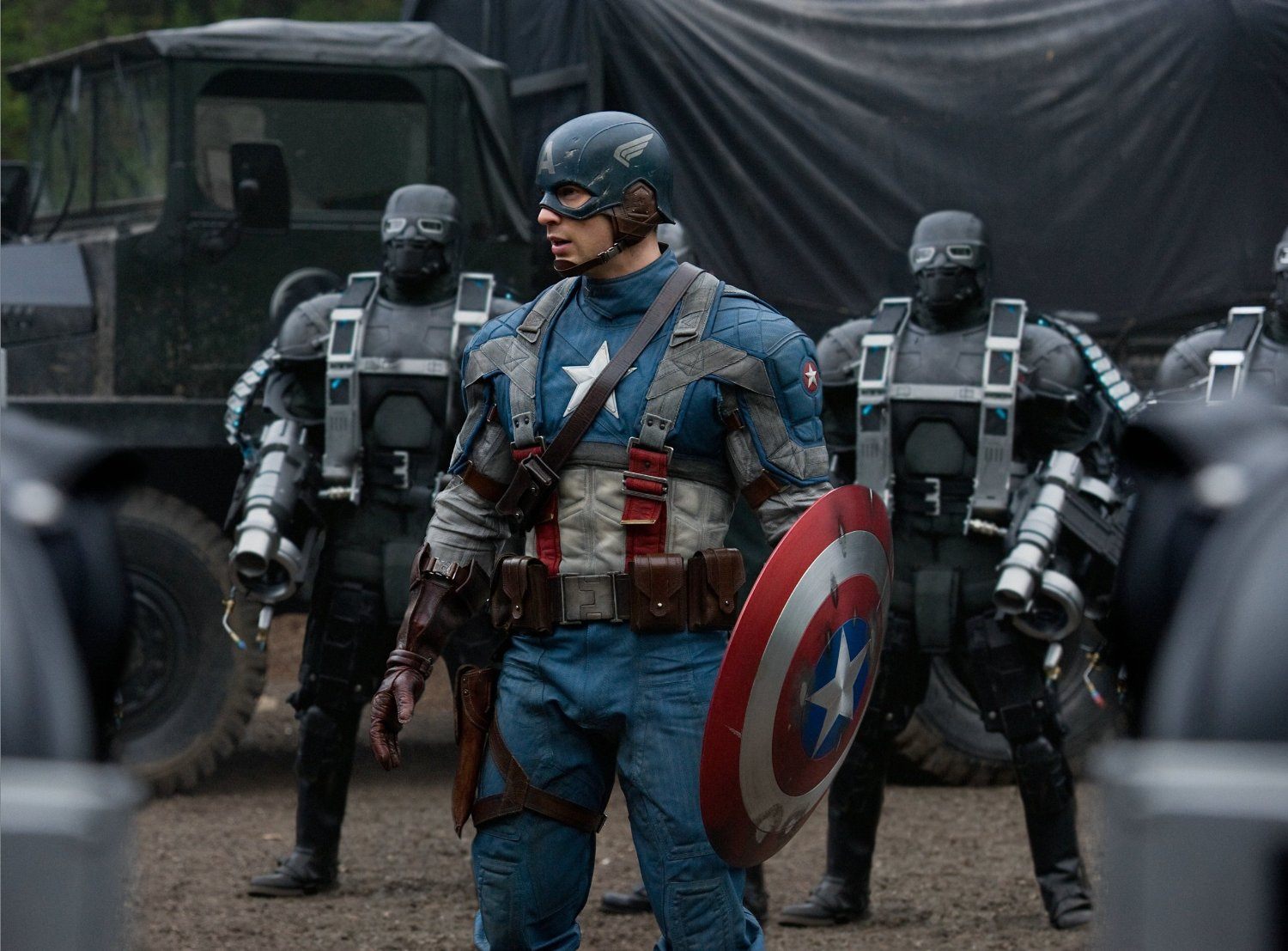 If you needed any more evidence of how important Janet has been, in the comics, she actually helps discover Captain America frozen in ice.

This event, which would later be adapted in Captain America: The First Avenger, dates back to The Avengers #4, when Steve Rogers is found by Janet, along with Ant-Man, Iron Man, and Thor.

Next: Marvel Studios is apparently pulling from this storyline for the Ant-Man movies.

6. She once got trapped in the Microverse

She has had some interesting storylines. | Marvel Comics

In the movies, Janet’s storyline is that she’s trapped in the Quantum Realm, having been there for decades after shrinking down too far. This isn’t a direct adaptation of a storyline from the Marvel comics, but this type of thing has happened to Janet before.

In Secret Invasion, Janet appears to explode and die during the battle with the Skrulls. After she dies, Hank decides to become The Wasp himself in order to honor her. But it’s later revealed that Janet is actually still alive and trapped in the Microverse. She’s able to send a signal out, and the Avengers come to rescue her.

In the MCU, the Microverse is known as the Quantum Realm.

Next: This storyline was highly controversial.

7. She was once abused by Hank Pym

The storyline that sparked some controversy. | Marvel Comics

Janet actually became involved in a highly controversial domestic abuse storyline in the comics. In The Avengers #213, Hank Pym has become increasingly paranoid and reckless, and he’s on the verge of being kicked out of the Avengers.

So he comes up with a plan to create a robot that can attack the Avengers and that only he will know how to beat. This would theoretically make him look good and help regain the Avengers’ trust. Janet finds out about this plan and tries to stop him, so Hank slaps her across the face.

The writer of this issue later said that he intended this to be an accident and not Hank intentionally slapping Janet, but that’s not how it ended up being drawn. This would wind up having major repercussions in the comics, including Janet filing for divorce and Hank being kicked out of the Avengers. (Hank later rejoins, though.)

Next: Janet’s role in Civil War

8. She sides with Iron Man in Civil War

She was on Iron Man’s side during the Civil storyline. | Marvel Comics

In the movies, Janet van Dyne wasn’t around during the events of Captain America: Civil War. But she was in the comics, and she ended up siding with Iron Man. In the 2016 movie, Ant-Man sides with Captain America.

Granted, the Civil War storyline is a bit different in the comics. In the source material, the conflict is over whether superheroes should have to register themselves with the government and essentially become official members of law enforcement, giving up their secret identities in the process. Iron Man is pro-registration, and Captain America is anti-registration.

Next: Outside of shrinking and growing, Janet can also do this.

9. She can fire “stingers” from a blaster on her wrist

A hero of many talents. | Marvel Comics

Janet van Dyne as The Wasp is a formidable opponent for reasons other than just the fact that she can grow and shrink in size. In addition, Janet can also shoot blasts of energy, which are referred to as her stingers. At first, she is able to do this with the help of a device, but she’s later able to do it on her own without one.

Janet also actually has wings that grow out of her back; they aren’t simply a part of the suit like in the movies.

Next: Could Ant-Man and the Wasp be planning a big Janet twist?

In the Marvel movies, Janet and Hank’s daughter, Hope Pym, has taken up the mantle of The Wasp. In the comics, the character of Hope Pym does exist, but her storyline is very different. Hope actually comes into play during an alternate universe storyline in which Hank and Janet both die. They have two kids in this world, one named Henry and one named Hope, and Hope becomes a villain named Red Queen. Henry must stop her.

With Ant-Man and the Wasp, some fans have the theory that Janet van Dyne will wind up being the villain, taking on a similar role as Red Queen. The idea would be that being trapped in the Quantum Realm and being exposed to Pym particles for decades has driven her insane, and now Hank, Hope, and Scott have to stop her.

Whether this ends up playing out in the movie remains to be seen, but it would explain why the character has been so conspicuously absent from the marketing campaign.