Are Chip and Joanna Gaines Catholic? 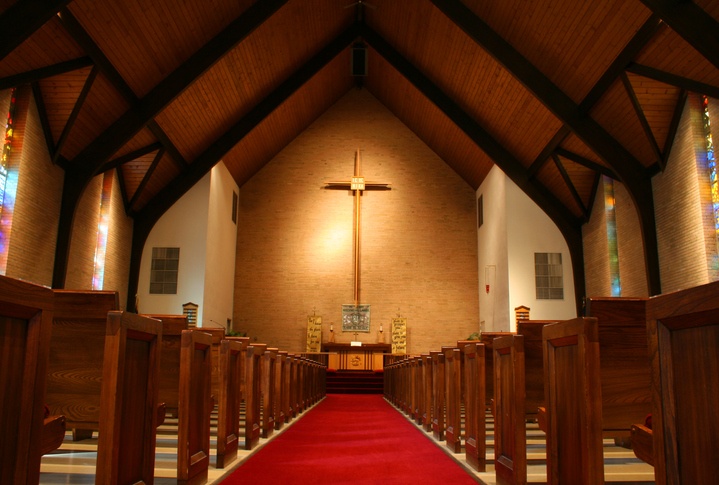 What do Chip and Joanna Gaines belive? | deviousrlm/ iStock / Getty Images Plus

Chip and Joanna attend Antioch Community Church in Waco, Texas. In the About Us section, the church describes itself as non-denominational. The church states its mission is to share the message of Jesus:

Our passion and purpose has always been and will always be Jesus. The One who takes away our sins, binds up the broken hearted, gives hope to the hopeless, heals the sick, and delivers the captive. The One who is love. We believe the church is the hope of the world and want to see more of Jesus in our city, our nation, and the nations. Practically, that means we are a local church with a global mission.

Chip and Joanna say they have a personal relationship with God

In a 2016 interview with Antioch Church, Chip and Joanna talk about their relationship with God and how faith has had an impact on their lives. When Joanna spoke about the years leading up to building her business, she says she discovered who God is to her. “In that time of loneliness, I met God… I met Him in such a real way and I learned that He was not only my Father, He was my friend,” said Joanna.

They don’t want to push their religious beliefs on others

Although Chip and Joanna have a close relationship with God, they told Fox News they try not to be too outspoken about their beliefs. “For me, [faith] changed everything. It’s a part of who I am. I can’t separate the two,” he told Fox News in a 2017 interview. “I try not to rub it in anybody’s face. I’m not real boisterous about it, but people seem to find out about it just through the way that Jo and I live our lives,” he continued.

Faith is so important to Chip and Joanna they went out of their way to provide a space for a church to have religious services. In October 2018, the couple invited a church to hold services on their Magnolia Market property free of charge, reports the Waco Tribune-Herald.

Church Under the Bridge has been having Sunday worship service underneath an underpass in Waco, Texas. However, the church was displaced because of a city project to expand portions of the Interstate, which could take as long as five years to complete. The church will move to Magnolia Market at the Silos in 2019 while construction is underway.

This Christian holiday is sacred to Chip and Joanna Gaines

Chip and Joanna hold Christmas dear to their hearts. In an article for the winter issue of The Magnolia Journal, Joanna talks about how she considers this a sacred time. For her, it’s a season of hope and an opportunity to go into the new year with a fresh perspective. “I am so drawn to the sacredness of this season. It’s here that I remember there is no situation so dark that light is not permitted. There’s no scenario so bleak that hope can’t find it’s way in,” she writes in her column.

Are Chip and Joanna Gaines Catholic?

We can gather from their church’s mission statement and from some of the things the couple has said about their faith that they are not Catholic. Chip and Joanna Gaines are likely non-denominational Christians.