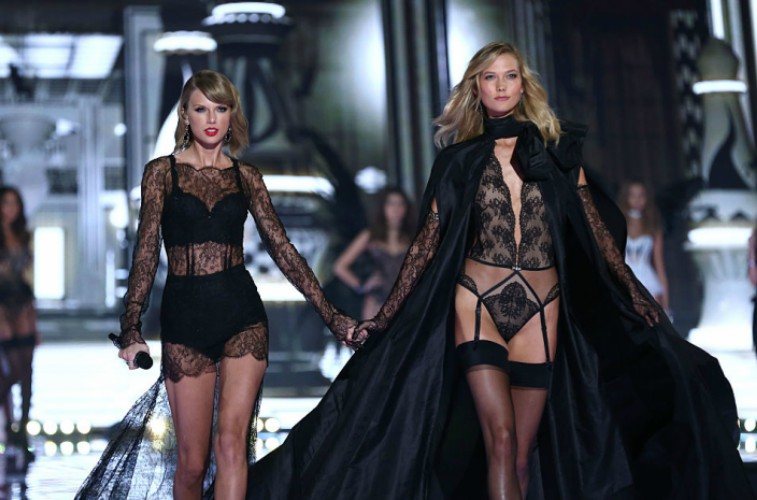 Karlie Kloss and Taylor Swift have been friends for some time. They were often seen together on tour, hiking together, and more. They were so close that fans nicknamed them “Kaylor.” But are they over? Find out why fans are wondering if they are still friends and what the answer is.

The model got married to Josh Kushner on Oct. 18. But fans noticed that Taylor Swift wasn’t in any of her wedding photos. So where was she? It turns out the pop star was posting to her Instagram stories that day and she was landing in Australia.

That would make sense considering she has a concert for Oct. 19 in Perth, Australia. She is scheduled to perform again in Australia into November. So sadly, it looks like work kept Swift away from her good friend’s Thursday wedding.

Kloss has previously said the two are still friends

This isn’t the first time that the two’s friendship has been questioned. It came up in Kloss’ 73 Questions segment and she revealed the status of their friendship.

She was asked, “I just have to get this out of the way, because the world deserves to know: is everything cool with you and Taylor?” She answered, “The world needs to know! Well, Jennifer Lawrence was interested. Jen, don’t worry, Taylor and I are still really good friends.”

That’s right, even Lawrence is a Kaylor fan and mentioned it during a TimesTalks Q&A. “I’d like to know what’s going on with Karlie Kloss and Taylor Swift, that’s the honest to God truth,” she said. She said wondering “what happened” is “keeping me up at night,” according to People.

It’s known that Taylor Swift and Katy Perry started feuding because backup dancers left Swift’s tour to join Perry’s. They then began writing songs about each other and Perry’s “Swish Swish” was reportedly referencing her.

So fans of Karlie Kloss and Taylor Swift were worried about their friendship when Kloss posted a video of her dribbling a ball on Instagram with the caption “Swish Swish.” Fans began wondering if she switched to Team Perry and was no longer friends with Swift. But the model changed the caption to “Nothing but net,” according to People.

Kaylor fans were also probably worried by the model’s interview with Porter when she talked about changing friendships. She noticeably left Taylor Swift out of her long list of good friends.

“I’ve built really amazing friendships–some that last, some that don’t,” she said. “A couple have become some of the most important relationships in my life, in particular, those I’ve been in the trenches with, such as Jourdan Dunn, Joan Smalls, Toni Garrn and Lily Aldridge. We started as girls and we’ve grown up together, and I know if I need anything, I can call them up and they will be there for me, just like my friends from kindergarten.”

But it sounds like fans can let out a sigh of relief. The two seem to still be friends but are just really busy with work and life.

Read more: Why Taylor Swift and Joe Alwyn’s Relationship Could Actually Work Out