Are Miley Cyrus and Liam Hemsworth Ready To Start A Family? 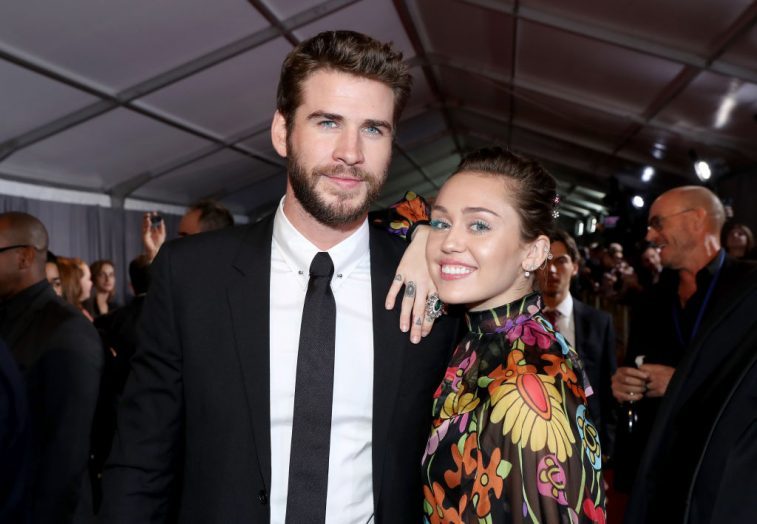 Miley Cyrus and Liam Hemsworth are enjoying every second of marital bliss so far.

After secretly tying the knot back in December, rumors have been circulating about news of a possible baby.

Though Cyrus has shut down those rumors, plans of a baby in the future is still being discussed between the two.

Miley Cyrus and Liam Hemsworth want a family together

A few weeks after the couple wed, fans began to speculate that the singer could possibly be pregnant. After many different rumors surrounding pregnancy, Miley Cyrus took to Twitter to reveal that she is, in fact, not pregnant.

Along with a hilarious nod to the world record-breaking egg, the singer tweeted, “I’m not ‘Egg-xpecting’ but it’s ‘Egg-celent’ to hear everyone is so ‘Happy For Us,’” Cyrus wrote “We’re happy for us too! ‘Egg-cited’ for this next chapter in our lives …. Now, can everyone leave me alone and go back to staring at an egg.”

I’m not “ Egg-xpecting” but it’s “Egg-celent” to hear everyone is so “ Happy For Us” …. we’re happy for us too! “Egg-cited” for this next chapter in our lives…. Now , can everyone leave me alone and go back to staring at an egg. pic.twitter.com/uPya87cDSz

According to a source close to the couple, “Miley is not pregnant currently but does want to have a family with Liam. Miley and Liam say they felt married before their actual ceremony.”

Both Cyrus and Hemsworth come from big and loving families so it does not come as a shock that they would like to have a family of their own one day.

They are happy with their animals

Though they do not have any children at the moment, Miley Cyrus and Liam Hemsworth have a few animals who they consider their kids.

While Cyrus was traveling in South Africa, Hemsworth made sure all their babies (animals) were safe during the wildfire that made its way through a good portion of California.

Even though the singer and actor lost their Malibu home, Hemsworth made sure he and all of their animals made it to safety.

Because of this, Miley Cyrus knew that she couldn’t picture her life without Liam Hemsworth, which is what jumpstarted the wedding planning.

While appearing on The Tonight Show Starring Jimmy Fallon, Miley Cyrus stated, “I was actually in South Africa and [wasn’t able to] make sure my animals and all my living things were safe. And Liam was an amazing hero,” she said. “He got out all the horses, the pigs, seven dogs, four cats. His truck was [filled]. It was really sexy to me.”

They are enjoying married life

Miley Cyrus and Liam Hemsworth are currently too focused on their careers to have children at the moment.

Cyrus is in the middle of working on new music as well as enjoying marital bliss with Hemsworth.

“Miley is so happy with her life right now. She’s finishing up recording her next album and she and Liam couldn’t be happier” a source revealed.

Just a few weeks ago, the couple spent New Year’s Eve weekend with the Hemsworth family at a lavish ski resort. Since then, Hemsworth and Cyrus have been spending as much time as they can together.

Though they are not ready to bring a child into this world right now, a baby will most likely make its appearance in the near future.

The pregnancy rumors have since died down but fans still can’t get enough of that hilarious Miley Cyrus egg meme!