Is Sony Right to Be Pulling ‘The Interview’ in the Face of Threats? 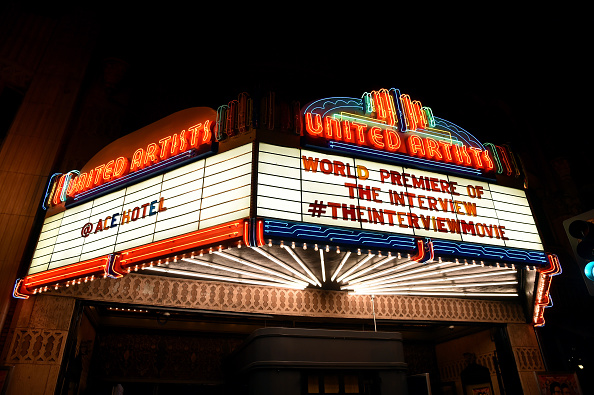 The Sony hack has been widely reported on since it occurred weeks ago, with terrabytes of data swiped. Social security numbers, intra-office communication, and even scripts were among the stolen properties, but perhaps the craziest byproduct is one simple demand from the hackers themselves: Don’t show The Interview, or face the consequences.

Remember the 11th of September 2001. We recommend you to keep yourself distant from the [theaters showing The Interview] at that time.

Following these threats, BBC News has noted the Department of Homeland Security claims that there is “no credible intelligence to indicate an active plot.” Even so, it hasn’t stopped the five largest movie theater circuits and subsequently Sony from pulling the movie from their lineup in the face of a risk to both their patrons and their business. Things began to look bleak when the New York premiere of The Interview being cancelled. Seth Rogen and James Franco even pulled out of a slew of promotional appearances on late night talk shows, leading many to wonder why Hollywood was caving to pressure so profoundly. In the face of potentially idle threats, we’re seeing the hackers directly affect our ability to freely disseminate and enjoy a piece of free speech.

All this of course raises the question of whether or not we should be allowing this to happen. On one hand, endangering innocent lives for the sake of a movie seems trivial. But on the other, allowing a single nation and its hacker army to invoke our collective fear of 9/11 to keep us in our homes goes against many of our values as a free nation.

The real harbinger leading to Sony’s controversial decision came when Carmike Cinemas, a chain in charge of 278 theaters across the country, pulled The Interview following the studio’s statement saying they wouldn’t object to theaters pulling the movie. At the risk of reducing the argument down to a simple point, pulling the film sent one message loud and clear: You can strong-arm us to just about anything if you threaten us.

The patently ridiculous part of all this is that there’s a good chance The Interview really is the slapstick Rogen-esque stoner comedy it appears to be. Based on early trailers, it’s not as if it’s sending a hard-hitting message that will revolutionize our political climate. It currently sits at a less-than-stellar 46% Rotten Tomato rating, with Variety deeming it “about as funny as a communist food shortage, and just as protracted.” We’ve seen a bottom-feeder comedy’s significance get blown way out of proportion at the hands of a terrorist group that has a serious gripe with Sony Pictures. That being so, there’s a good chance this movie would have been largely ignored were it not for North Korea’s posturing in the face of its release.

If this is the future of North Korean aggression against America, you can color us confused. The mercurial nation initially denied their direct involvement in the hack and the subsequent threats, but the connection between them and GOP (the hacker group) became fairly clear. So come Christmas, try and find a way to see The Interview. Or don’t. Either way, let your decision be based on what you want, not what North Korea doesn’t.