‘Arrow’: 4 DC Comics Characters Who Could Show Up Next

The CW’s Arrow series has long been the standard-bearer for DC’s TV empire. Shows like The Flash, Supergirl, and Legends of Tomorrow owe their very existence to it, as Arrow was the show that kicked off the modern era of superhero television. Now in its fifth season, an argument could be made that there aren’t many places left for Arrow to go at this point. Even so, the DC comic series still has plenty of material to mine, and with the show recently getting back to its Season 1 roots, it’s primed for a run of new and exciting characters.

This leads us to one question: Who will be the next heroes to be pulled from the pages of DC’s comics and featured on Arrow? 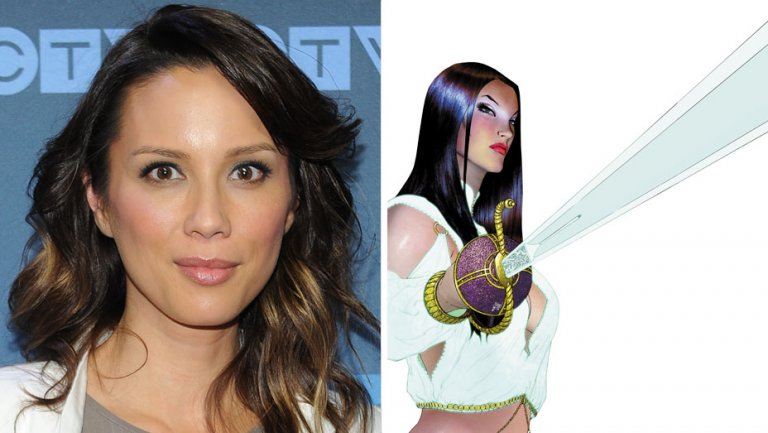 In the comics, Talia al Ghul is the beloved daughter of Ra’s al Ghul, the head of the League of Assassins. The character even made an appearance in Christopher Nolan’s The Dark Knight Rises, played by Marion Cotillard. Talia will get recast for The CW, with the network tagging Lexa Doig (Stargate SG-1) to play the character.

In the comics, she’s most known as both Batman’s adversary and frequent lover, eventually hooking up with the Dark Knight to have a child. She’ll take on a slightly different role on Arrow, described by The Hollywood Reporter as “worldly and cultured, [and] an elite warrior who doesn’t pick sides but rather creates her own.” 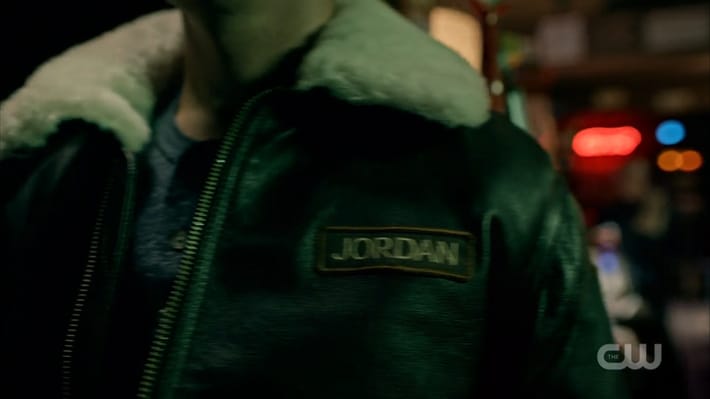 Back in 1970, DC Comics paired up Green Lantern and Green Arrow in a concerted effort to balance the grittier aspects of the latter with the more law-abiding personality of the former. A swell in popularity for the series inextricably linked the two heroes for years to come, leading to a partnership that’s become famous within DC lore. Fast forward to The CW’s expansive DC TV-verse, and we still haven’t seen that relationship utilized to its fullest.

That hasn’t stopped Greg Berlanti and company from dancing around a potential Green Lantern appearance for years now. The Season 4 premiere of Arrow shows Oliver Queen and Amanda Waller bumping into a man wearing a flight jacket with the name “Jordan” on the name patch, referencing Hal Jordan, DC’s most recognizable Green Lantern. Later on, we see Coast City’s billboard slogan beginning with “in brightest day, and darkest night … ” which just so happens to be the opening of the Lantern Corps’ traditional motto. The Flash even references a missing test pilot from a flight facility, pointing once again toward Hal Jordan. That all being said, it’s only a matter of time until the Green Lantern arrives on the scene. 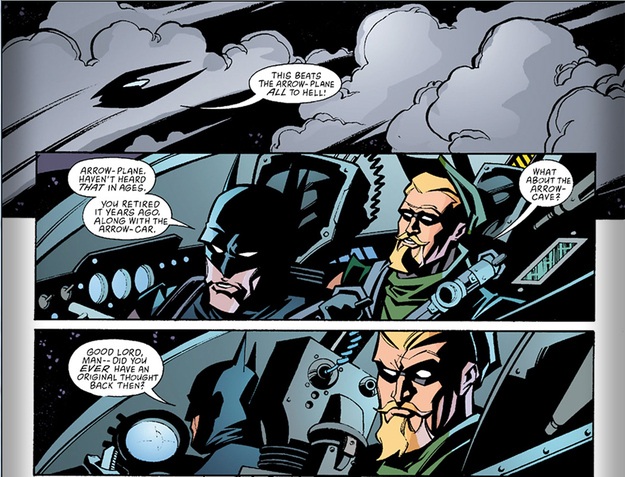 This is where things get a little murky. On one hand, not even FOX’s Gotham gets to have the fully-formed version of the Dark Knight, and that’s a series that deals entirely in the hero’s home city. Beyond that, it’s tough to imagine DC casting a competing Batman for TV, especially with Ben Affleck settling into the role for their movie-verse. But that doesn’t mean it’s entirely out of the realm of possibility, and there’s some solid evidence to back that up.

First off, The CW already recast the Man of Steel for Supergirl, and so far it’s given us the best version of the character we’ve gotten since Christopher Reeve. If they’re willing to bring in a new Superman, it stands to reason that Batman wouldn’t be far behind. Secondly, showrunner Marc Guggenheim himself has pointed out that “at the end of the day it’d be so awesome to have Batman on the show.” So he wouldn’t entirely rule out the possibility of a guest appearance sometime down the line. It probably won’t happen anytime soon, but it wouldn’t be too much of a surprise to see the Dark Knight show up on Arrow eventually. 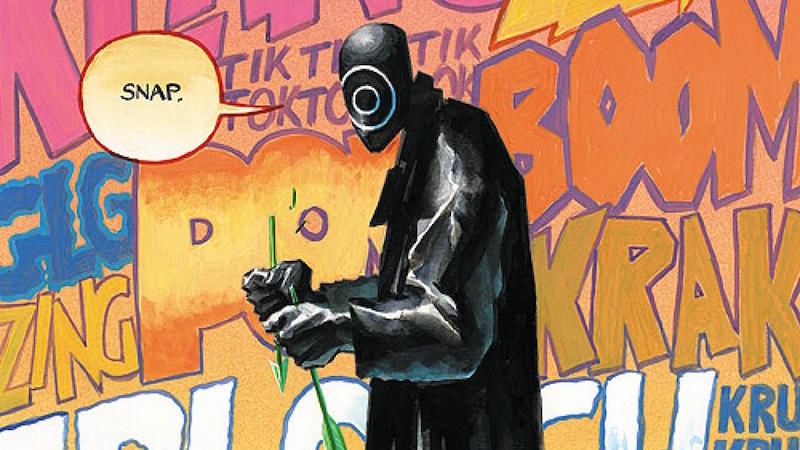 Onomatopoeia might not be a household name among casual fans, but he’s an intriguing villain nonetheless. Created by Kevin Smith for DC’s comics in 2002, the aptly named super-villain is an expert marksman who is skilled at hand-to-hand combat. He’s also known for speaking comic book effects aloud. Originally, Arrow had planned on featuring him early on in the show’s run, but concerns over adapting the character for TV led to them using a different assassin baddie instead, Mr. Blank (J. August Richards).

That doesn’t mean Smith didn’t have his own designs for bringing Onomatopoeia to life though. Speaking to Den of Geek, he describes how “instead of just doing the actual sound, he’ll just have little cards. Business cards that have typewritten words of whatever the f*ck. So instead of him saying ‘blam,’ you’d find this card on your desk and turn around and ‘blam,’ he’d shoot you and stuff like that. Which I think is a little more chilly, you know, for doing it in live-action.”

Now that’s a terrifying villain. Get on it, CW.