‘Arrow’ Season 5: Everything We Know So Far

Arrow has enjoyed a successful run over its four seasons (albeit one that hasn’t been without its fair share of speed bumps). In that time, it’s become the paragon for modern superhero television, spawning a vast expanded universe of companion shows for DC on The CW. A strong argument can even be made that TV has been DC’s most successful medium. None of this would have been possible without Arrow though, now going strong into its fifth season.

We may be months off from Season 5’s premiere, but that doesn’t mean there isn’t plenty of information already readily available. Interviews with lead actor Stephen Amell, hints about casting, and rumors about possible DC universe connections have been everywhere lately. So, let’s talk it all over and see what’s on the horizon for The CW’s original superhero series. 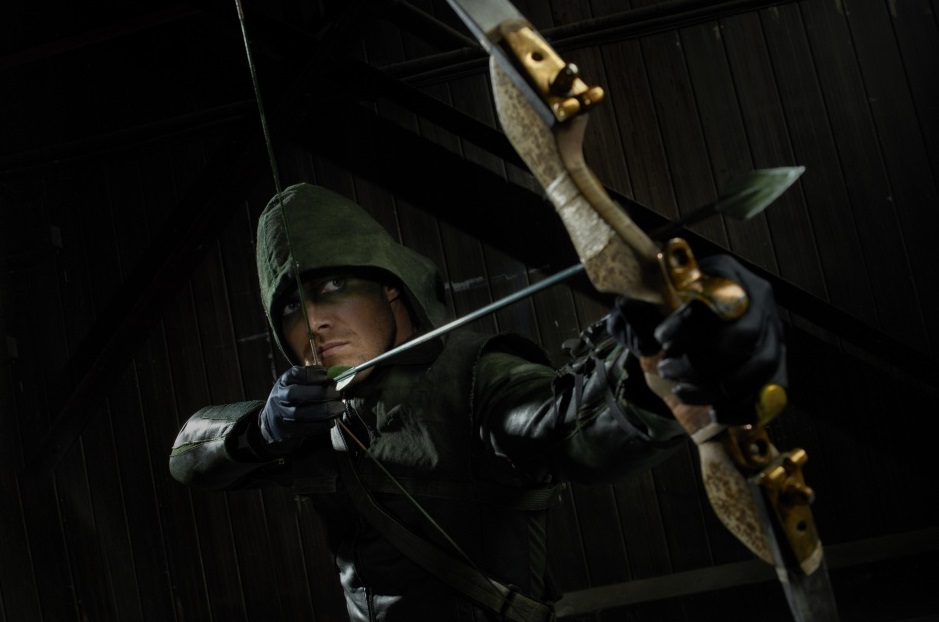 Stephen Amell as the Green Arrow | Source: The CW

Season 1 of Arrow was defined by its rough, despondent look at the world of a broken man turned vigilante. Oliver Queen, having just returned from five years on a hellish island, was violent and borderline homicidal, possessing few qualms about ending the lives of his enemies. Queen’s character has since been softened considerably, operating under a strict “no killing” moniker and a decidedly more forgiving attitude. It looks like we might be making a return to the Season 1 version of our lead hero, told to fans by Stephen Amell himself in a Facebook live chat.

Episode 501 of Arrow has an opportunity for us to quite literally have the most vicious, violent one-shot, which is when there is no cut, in the history of network television. I insisted that it is going to be me, no stunt double. If episode 501 is any indication, Arrow is going to be f**cking mean this year, and that’s really exciting.

2. The newest members of Team Arrow 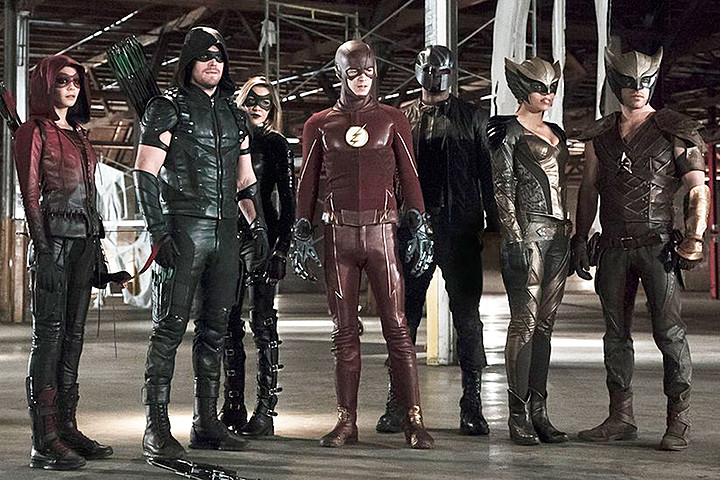 The end of Arrow‘s fourth season saw some massive shakeups for Oliver’s team of vigilantes. John Diggle left to re-enlist in the Army, Thea Queen hung up her hood, and Laurel Lance was killed by Damian Darhk. Felicity is currently the only original team-member left in the bunch, but she won’t be alone for long. First we have Wild Dog (Rick Gonzalez), a loose-cannon hero with a penchant for recklessly shooting and killing. Also joining the team will be the appropriately-named “Vigilante” (Josh Segara), who acts as Star City’s District Attorney by day, and a crime-fighter by night. Fellow archer Artemis (Madison McLaughlin) will round things out, having already appeared in Season 4 as the rogue impostor version of Black Canary.

3. Echo Kellum has been cemented in as a series regular 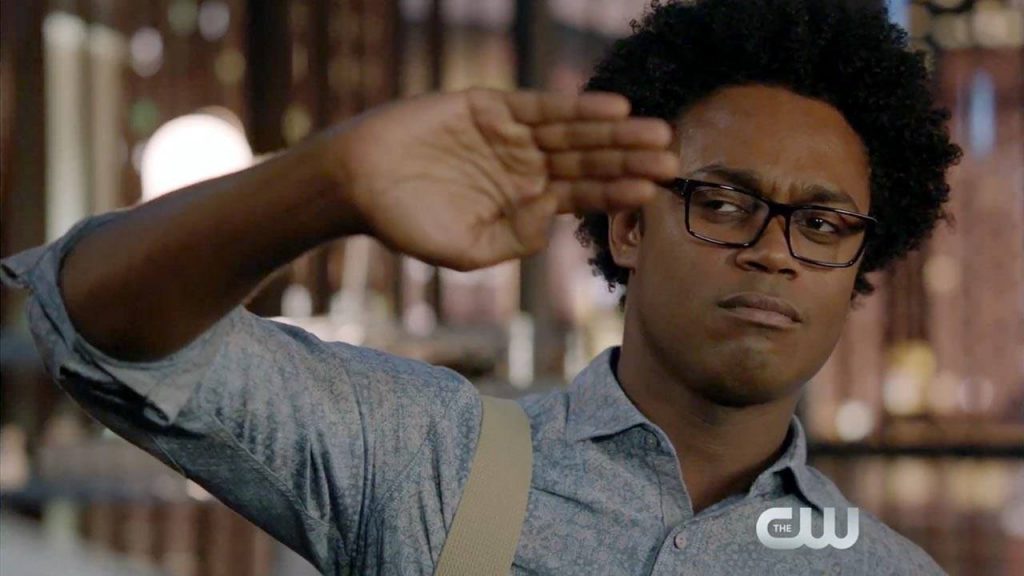 Echo Kellum as Curtis Holt on Arrow | Source: The CW

Echo Kellum made his debut as Curtis Holt last season, and ended up being one of the highlights of the entire run of episodes. In the comics, Holt is better known as his superhero alter-ego, Mr. Terrific. Now that he’s been officially confirmed as a series regular, we could be in for a full realization of this, hinted at by Oliver calling him “terrific” in the Season 4 finale. He certainly has the qualifications: Holt is a genius inventor, former Olympic decathlete, and has officially inserted himself into Oliver’s inner-circle. Next stop, full-blown superhero status.

4. We might be in for a Green Lantern connection 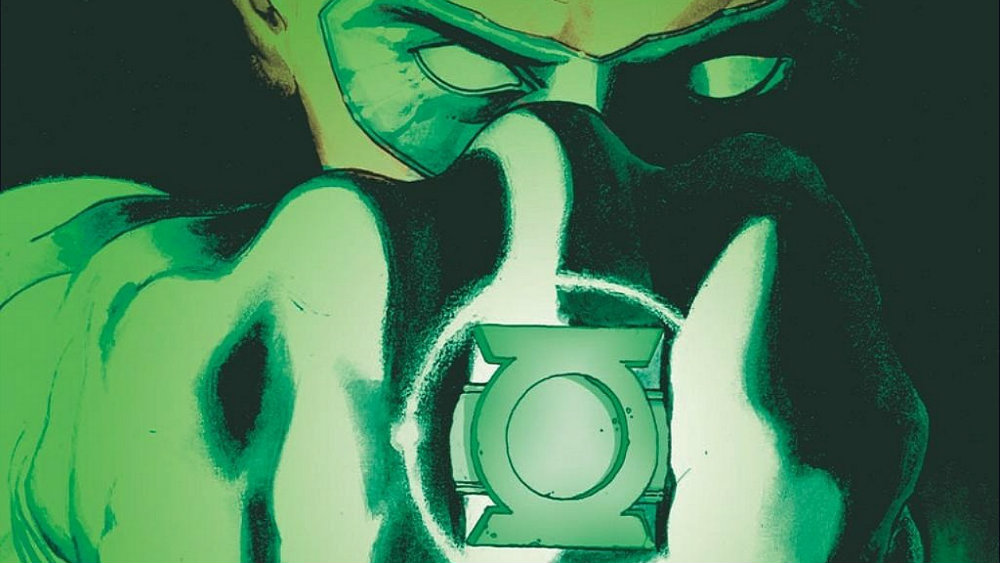 While the Green Arrow is an A-list member of the Justice League in the comics, The CW’s superhero universe has mostly included heroes a few levels below that in terms of significance (the Flash excepted). They may be adding another Justice Leaguer to the mix soon though, in the form of a tenuous Green Lantern connection. Hal Jordan’s sister-in-law, Susan Williams (Carly Pope), will join Arrow in Season 6, building on the quick flash of a “Jordan” flight jacket we saw in a Coast City flashback in Season 4. With the Green Lantern sidelined in DC’s Cinematic Universe, it certainly would make sense to have him edge his way into television instead. The only question is “if” and “when” The CW would allow it to happen.

5. The next villain to join the Arrow-verse 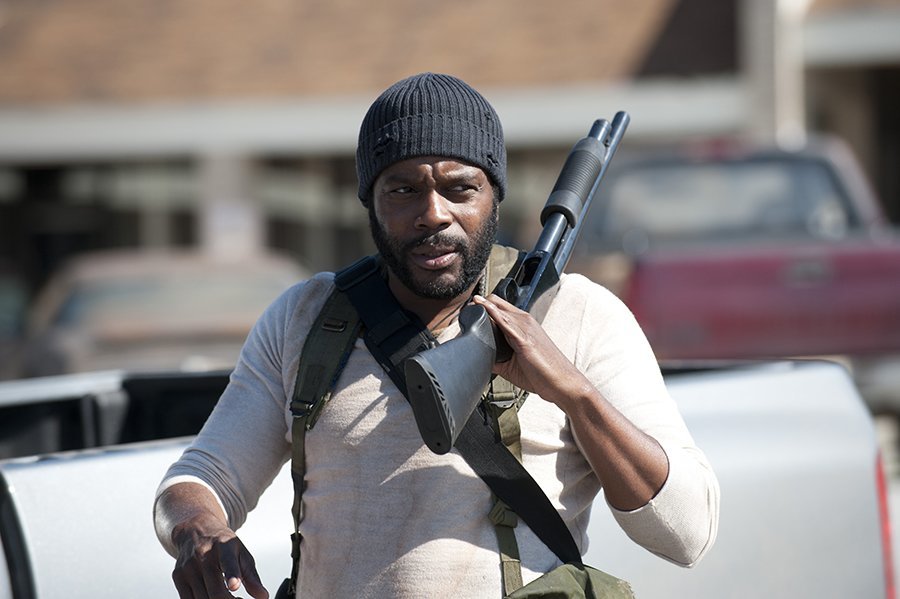 We don’t know a whole lot about the challenges Team Arrow will face in Season 5, but we do have some details as to who might oppose Oliver and co. on a larger scale. Chad L. Coleman (The Walking Dead) has been cast as the newest villain, a crime boss named Tobias Church. As far as we can find, Church doesn’t have a comic book equivalent. This makes him an entirely new character, described by TV Line as “Stringer Bell-like,” citing the infamous Wire villain played by Idris Elba. “The initial casting notice describes him as an ‘apex predator’ who ‘cuts his way through the shadows,'” they describe. Sounds like Team Arrow will have their hands full soon.

[Update, 7/21/16: In an interview with TV Guide, executive producer Wendy Mericle dishes on the new villain, calling him “somebody Oliver unwittingly created in Season 1 when he was a killer in a hood.” She goes on to not how “this guy is going to be collateral damage who lost someone to the Hood and [has] spent the last several years training and plotting for revenge. He will be a true dark mirror to Oliver Queen.”]

The fifth season of Arrow premieres on October 5, 2016.

Stay tuned for more Arrow-related updates as they arrive!