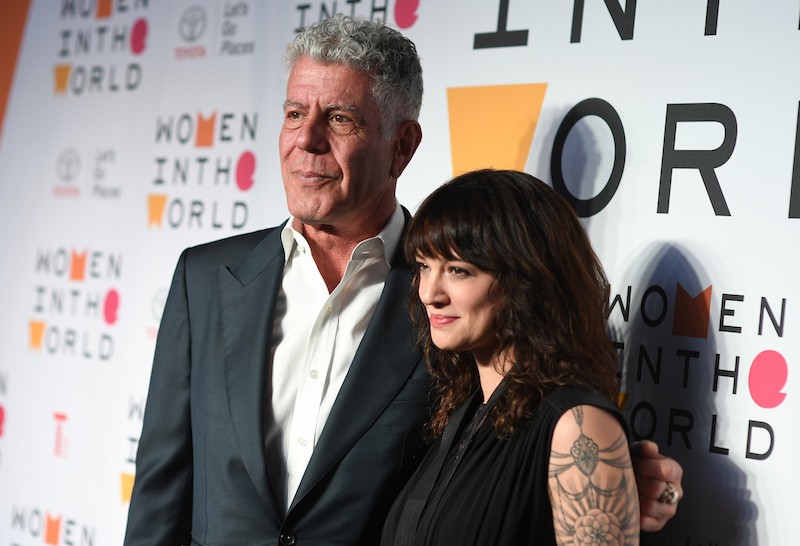 In the days following the suicide of Anthony Bourdain, his girlfriend, Asia Argento, has been revealing how she feels on social media and some of her posts have raised a few eyebrows.

Over the weekend, the X Factor Italy judge posted an Instagram video in which she can be seen through a glass window smoking a cigarette and singing to the tune of “Stayin Alive” by the Bee Gees.

On Monday, she returned to work on the reality talent show and posted a series of Instagram stories backstage. She also paid tribute to the late rapper XXXTentacion after he was gunned down, writing, “Roll in peace,” as the song played in the background. Later, she posted a selfie with the caption, “Life’s a bitch and then you die.”

A few days earlier, Argento had given fans a glimpse into her mental state. The Italian actress was in Berlin the day after Bourdain was cremated and took a photo of a piece of paper that read, “I’m a f**king mess inside” but that was crossed out and replaced with the message: “I’m fine.”

Her followers are split on her tributes to the celebrity chef, but some believe it could just be her way of dealing with grief. 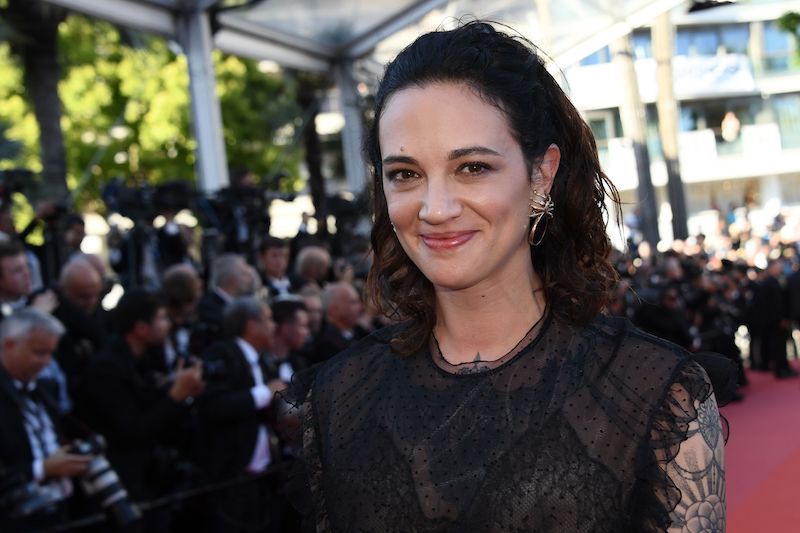 After the news of his suicide broke, she released a statement revealing she was ” beyond devastated” over his death. “Anthony gave all of himself in everything that he did,” Argento wrote on Twitter. “His brilliant, fearless spirit touched and inspired so many, and his generosity knew no bounds. He was my love, my rock, my protector. I am beyond devastated.”

But fans began to turn on her when reports surfaced that a paparazzo snapped photographs of her hugging and holding hands with another man while Bourdain had been working in France. Five days after the pictures were published online, Bourdain hanged himself in his hotel room. His body was discovered by his friend and fellow chef, Eric Ripert.

A source told People that Bourdain was “madly in love” with Argento. “Like a teenage boy just absolutely lovestruck,” the insider said, adding, “He would have done anything for her, and that was a little red flag for some of his friends. Like, he was crazy in love with her … That being said, [no one] in our circle of friends knew he was struggling in any life-or-death way. Honestly, I don’t think anyone knew. I don’t think Eric [Ripert] knew the depths of his pain.”

Bourdain split from his estranged wife Ottavia Busia in 2016. However, his divorce from Busia, who he shares an 11-year-old daughter with, was not finalized before his death.

He began dating Argento in early 2017 after the two met on his CNN show Parts Unknown. The actress was one of the first women to publicly accuse former movie mogul Harvey Weinstein of rape. Bourdain supported her when she came forth with the allegations saying, “I am proud and honored to know you. You just did the hardest thing in the world.”