Hollywood has conquered tons of new thematic territory in the modern era of filmmaking. They officially figured out the superhero genre back in 2000, with Bryan Singer’s first X-Men movie. They finally began to understand the limitless possibilities of animation, thanks in large part to studios like Pixar. Thanks to Star Wars and Star Trek, all of our sci-fi needs are just about covered. But for some reason, even among all these triumphs, the film industry still hasn’t figured out how to make a halfway decent video game movie. That’s not to say there isn’t hope on the horizon though, coming in the form of Justin Kurzel’s Assassin’s Creed.

Starring Michael Fassbender in the lead role, it’s a project with plenty of creative heavy-hitters. Until recently though, we’ve known very little about the aesthetics of the film, and even less about the general story. Thanks to the first full-length trailer, at least some of those questions are now answered. So let’s take a look and see what we’ve got here, shall we?

1. An immediate divergence from the original game’s story

There’s likely going to be a fair amount of comparing between the iconic Assassin’s Creed video game series and what director Justin Kurzel ends up doing for the film adaptation. Right off the bat, we see one key difference: Callum Lynch is legally dead, having been executed via lethal injection. In the game, our main character is simply captured and awoken in a similarly strange white room. The “legally dead” wrinkle is intriguing, and helps put aside many of the “what if…” and “why…” questions that go along with kidnapping someone to inject their mind into a time travel-esque virtual reality. 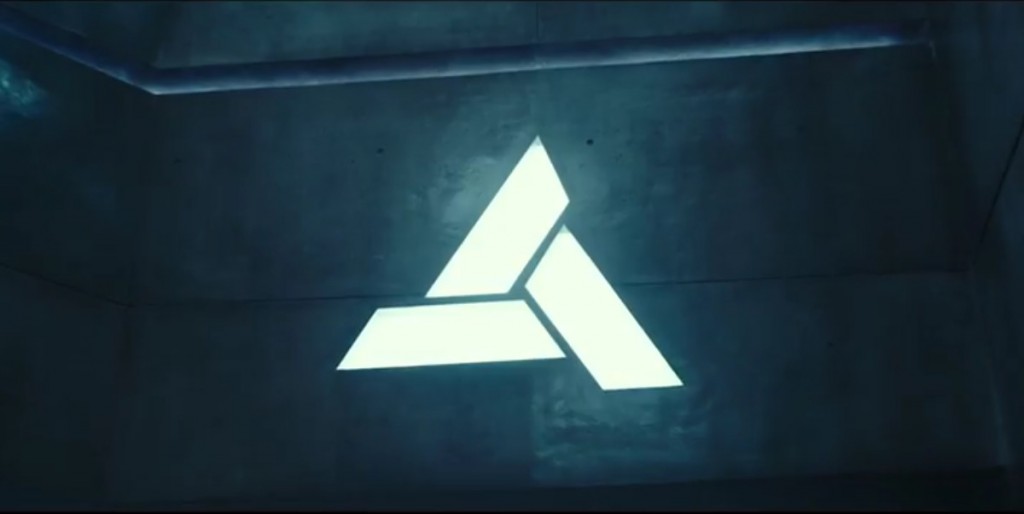 We see a brief flash of a mysterious logo in the opening moments of the trailer, but any fan will immediately recognize that as the emblem of Abstergo Industries. The company is in fact a front for the Templar, an order of shakers and movers that have manipulated key events throughout history for their own means, including the assassination of JFK, the rise of Hitler and Stalin, and lots more. Their ultimate mission to begin a new world order, while extinguishing the rival Assassin’s Order. It looks like our main character, Callum Lynch (Fassbender) will start out under Abstergo’s control, but it remains to be seen how long that lasts (or how poorly it ends up going for them). 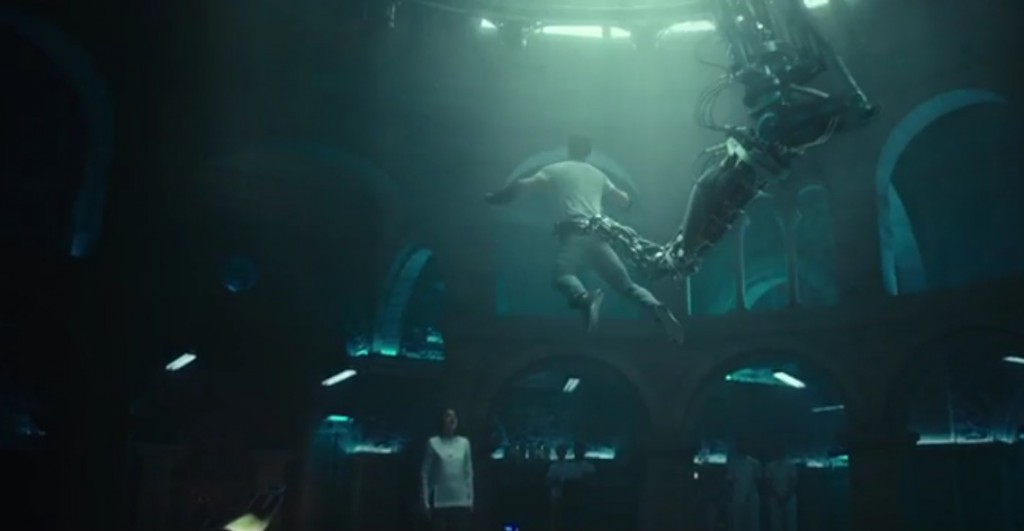 The Animus is the key cog in the Assassin’s Creed storyline | Source: 20th Century Fox

Above we see the Animus, a machine designed to implant its user inside the mind of their past self in a virtual reality of sorts. The mechanical logistics though differ greatly from the games, where the machine would simply read genetic memories, and then project them onto a screen in 3D. As we see in the trailer, the movie will use a much more physical, visceral version of the technology instead. The main use of the machine for Abstergo is to extract information concerning the Assassins, by diving into memories hundreds of years in the past. Callum Lynch is believed to be the descendent of Aguilar, an Assassin living in 15-century Spain during the Inquisition, and its his ancestors we’ll be getting a good look at in the film.

4. Our first good look at Michael Fassbender as Aguilar

Up until recently, most of the stills from Assassin’s Creed showed us Fassbender in his modern-day, pre-Animus attire. The trailer takes us right into the thick of the action though, giving us a good, long look at the talented actor in his Assassin’s getup. Additionally, we also see the iconic wrist blades that have come to be inextricably linked with the franchise, along with plenty of other nods to the source material video games. Incidentally, setting the movie in Spain skips over the first Creed game, that actually took place during the Crusades. It was the first sequel, Assassin’s Creed: Discovery, that dug into the Spanish Inquisition, so it looks like we’re playing fast and loose with the original timeline of the game.

5. If nothing else, this is movie is going to be pretty as hell

The one thing that Hollywood has always managed to do when it comes to video game adaptations is capturing the aesthetics of the source material. All the technology and CGI at a studio’s disposal makes the visual elements the easy part; it’s adapting the story where they’ve almost always stumbled in the end. That aside, Assassin’s Creed looks like a gorgeous film with a solid special effects budget, so it’ll at least have that going for it. Whether it can deliver on the complex, and sometimes clunky, narrative brought forth by the game is another matter altogether.

6. A nod to a classic mechanic from the video game

Let’s hope there’s a bale of hay at the bottom of that tower | Source: 20th Century Fox

Any time you’re making a film that comes with a built-in audience in tow, you’re going to have to set aside some moments for fan service. It can also be tough to reconcile that fan service with a smooth narrative that makes sense in the context of a movie, especially when video games have much more creative license to be patently insane. Assassin’s Creed will at least make an attempt at nodding to the game, as we can see in the frame above. Aguilar appears to be diving headfirst off of a tower, similar to the way you can execute the exact same mechanic in the game (provided there’s a bail of hay to land in at the very bottom).