Authors Who Hated the Movies Based on Their Books

It’s a dream come true for many authors: they publish a book, and Hollywood swoops in and wants to make a movie based on it. Usually, this is great news for an author — it means more attention to their writing, a bigger fan base, and oftentimes, a lot more money.

Book adaptations are also a good deal for film studios. Fifty Shades of Grey was one of the most successful films of 2015. The Hunger Games: Mockingjay – Part 1 and The Fault in Our Stars ruled the box office in 2014. And this trend shows no signs of stopping any time soon.

Often, authors are pleased with the way their stories are brought to life on-screen. But sometimes, they take serious issue with the choices that directors make when adapting their books. Here are 10 authors who were not thrilled with the end result.

Stanley Kubrick’s The Shining is largely considered to be a horror classic. With its elevator doors full of blood, and Jack Nicholson running around a creepy hotel like a maniac, it’s hard to argue that it’s one of the scariest films of all time. But there’s at least one person who doesn’t count himself as a fan of the film — Stephen King, the man who wrote the book on which it was based.

King has frequently and vocally criticized Kubrick’s adaptation, especially with regard to the changes he made to the main characters’ personalities. “In the book, there’s an actual arc where you see this guy, Jack Torrance, trying to be good,” King recently told Rolling Stone. “And as far as I was concerned, when I saw the movie, Jack was crazy from the first scene.” He also called Kubrick’s take on Jack’s long-suffering wife Wendy (Shelley Duvall) “misogynistic.” Basically, he hated it.

It’s never a good sign when an author dislikes the film based off his book so much, he regrets ever writing it in the first place. But that’s the case with Anthony Burgess, the British author behind the dystopian A Clockwork Orange.

Like Stephen King, he was ultimately dissatisfied with Stanley Kubrick’s adaptation of his most famous work. While he initially praised the film, which features extreme acts of adolescent sex and violence, he changed his tune once the film was released to immense backlash from critics and audiences. He decided, upon reflection, that the film version of A Clockwork Orange glorified the acts he’d written about as a means of social commentary, and later stated that “the misunderstanding will pursue me until I die. I should not have written the book.”

It’s been memed and parodied, celebrated and beloved. For many, Mel Stuart’s Willy Wonka and the Chocolate Factory is a quintessential childhood movie. But Roald Dahl, author of Charlie and the Chocolate Factory, hated the 1971 film based off his book for more than one reason. He didn’t like Gene Wilder’s performance as the film’s titular character, he was disappointed with David Seltzer’s screenplay and how it deviated from the book’s storyline. But what upset Dahl most was the film’s focus on the chocolate maker, and not on the little boy with the golden ticket. As one historian explained, “For him the book was about Charlie.”

Forrest Gump was one of the most popular films of the 1990s. But as far as the author of the film’s source book is concerned, it didn’t deserve the praise it received. Winston Groom’s most famous beef with Forrest Gump wasn’t even related to its plot, but rather the financial finagling that kept him from a lion’s share of the film’s profits. Still, he also expressed dissatisfaction with the fact that the film’s screenplay eliminated plot points from the book, and toned down the language and sexual content. He was so unhappy with the film adaptation that he began the book’s 1995 sequel, Gump and Co., with the line, “Don’t ever let nobody make a movie of your life’s story.”

Critics mostly loved Mary Harron’s American Psycho — but Ellis himself wasn’t satisfied with the movie adaptation. He felt it missed the narrative subtleties of his novel, and said he doesn’t think “it really works as a film … that book is unadaptable because it’s about consciousness.” In other words, he felt like the filmmakers missed the point. 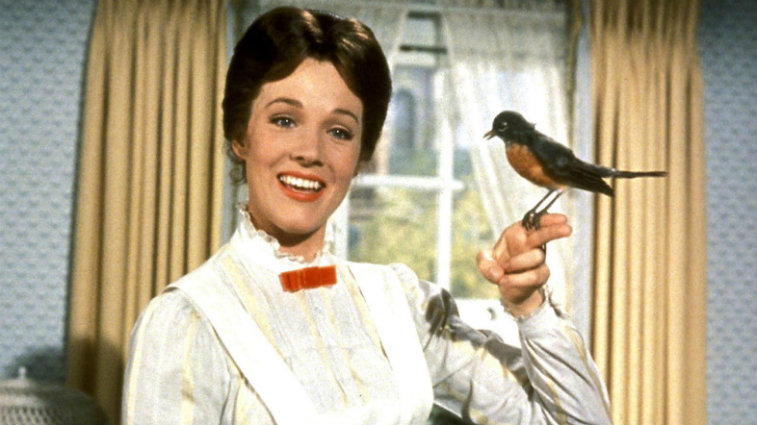 P.L. Travers worked with Walt Disney to make the adaptation of his book, Mary Poppins. However, the movie made their relationship look very different from what it actually was. When the author finally watched the finished product she regretted selling the rights. “I cried when I saw it,” she revealed according to The New York Times I said, “‘Oh, God, what have they done?'”

However, her problem wasn’t with Julie Andrews, but the director. “Julie Andrews, a friend of mine, has all the necessary integrity to play the part – she was just directed wrongly,” the author explained. 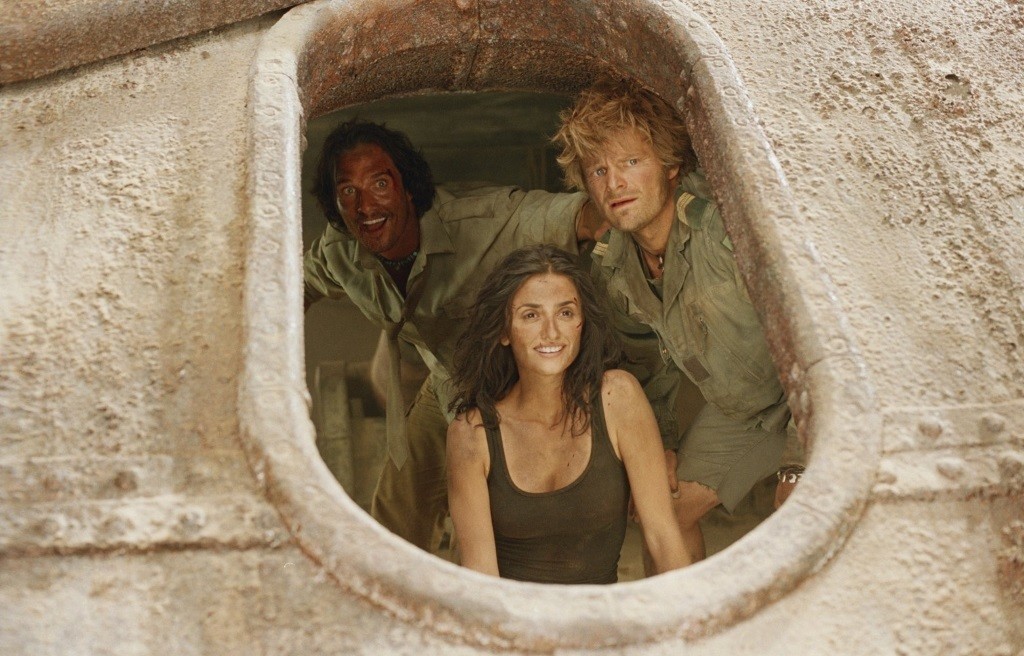 The author hated the 2005 adaptation of his book so much that he went to court over it! He sued the producer, Philip Anschutz’s company Crusader Entertainment claiming they violated their agreement of the author having approval over the script. Crusader Entertainment then counterclaimed and alleged the author disparaged the movie, defrauded the film company, and acted irrationally when consulting. The legal battle was long and didn’t have a clear winner. The Second Appellate District for California Appeals Court said “after years of litigation both sides recovered nothing — not one dime of damages and no declaratory relief.”

8. Anne Rice — Interview with the Vampire 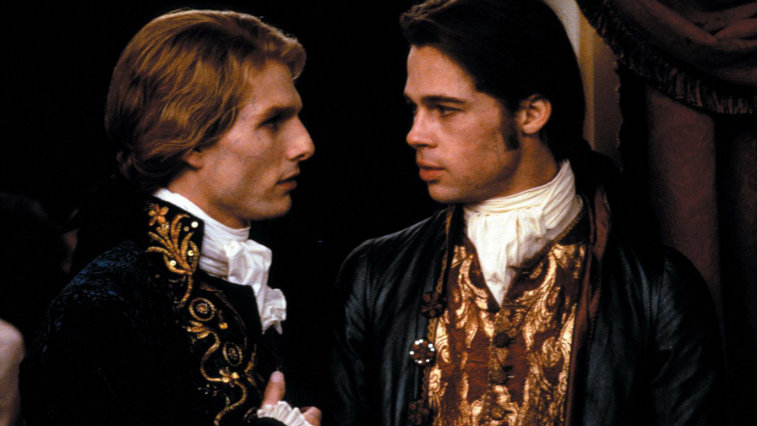 Interview With the Vampire | Geffen Pictures

There are a lot of things that can get lost in translation when adapting a book. One of the biggest things that can throw fans and an author for a loop is casting. Anne Rice was very outspoken about her distaste for the casting of Tom Cruise and Brad Pitt. She called it “the worst crime in the name of casting since Bonfire of the Vanities,” according to The Times-Picayune.

The author spoke out about how straying away from the original work could be better than sticking to it. “I was disappointed in The Last Man On Earth,” the author revealed in an interview, “even though they more or less followed my story. I think Vincent Price, whom I love in every one of his pictures that I wrote, was miscast. I also felt the direction was kind of poor. I just didn’t care for it.”

10. Ken Kesey — One Flew Over The Cuckoo’s Nest 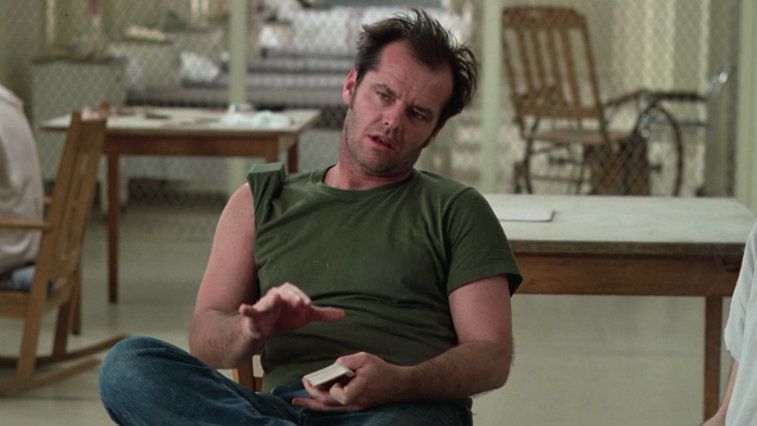 The author was going to help out with making the film, however, he must not have seen eye-to-eye with production because he dropped out of the project after two weeks. He also sued the producers and never saw the finished product. A big part of the disagreement was that Kesey wanted the story told from Indian chief Bromden’s point of view, according to People Magazine.