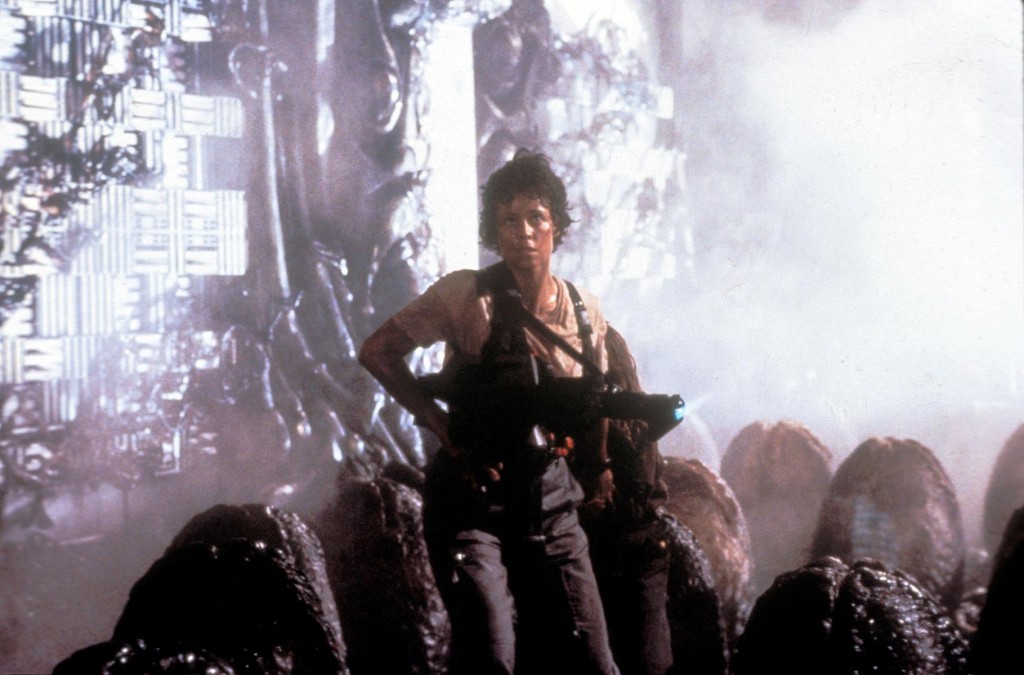 There was a time when James Cameron’s technical inventiveness was only surpassed by the creative fervor that burned so brightly in his early films. Before he was the King of the World, Cameron — a scrappy young special effects wunderkind who cut his teeth doing models and mattes for the King of the B-Movies, Roger Corman — displayed a preternatural ability to turn craft into art. Channeling Hitchcock, Cameron took escapist ideas and high concepts and used them to tell compelling character stories; but the beauty of Cameron’s great films has always been his ability to awe viewers– or, as Spielberg said of his own Close Encounters of the Third Kind, Cameron’s movies have a ton of WOW!

The preeminent sage of technical paranoia, Cameron has spent his career using state-of-the-art effects and cinematic wizardry to depict dystopian near-futures, where technology has turned on us; the innovations dominate the innovators and the engineered oppress the engineers. He synthesized the far-off prescience of George Orwell and Aldous Huxley, added a splash of Philip K. Dick, and injected his serum into escapist action films. But Cameron’s troubled production of Titanic, a film that was unlike any he’d done before (a tragic epic of ill-fated love at sea), marks the point in his career that James Cameron became an entirely different kind of filmmaker.

When Titanic crashed into theaters in 1997, people scoffed at Cameron’s audacity. He’d already made the most expensive film ever twice (1991′s Terminator 2: Judgement Day and 1994′s True Lies), and now he’d done it again, having gone way over budget and overshot his shooting schedule by several months. Titanic cost an ineffable $200 million in 1997, which would come to something in the ballpark of $300 million if adjusted for inflation.

But then the movie came out on January 2, and everyone had to see on what, exactly, Cameron had spent the GDP of a small country. Titanic debuted at No. 1 and held the position for 15 weeks; it actually gained viewers every week until April 10, and even then it stayed in the top 10 until June 19.

Cameron was relatively quiet for a decade after Titanic earned him Best Director and Best Picture on its way to tying Ben-Hur for the all time record for most Oscar wins with 11.

In 2009, James Cameron released Avatar, his ground-breaking but narratively stunted conflation of Aliens and Dances With Wolves. Though estimations differ, the film may be the most expensive ever made, with estimations ranging from its official $237 million (placing it at number 6 all time) to over $300 million, plus an additional $150 million for marketing.

Avatar became the highest grossing film of all time, usurping Cameron’s previous film. Cameron deployed a staggering arsenal of digital effects, motion-capture magic, and the first truly innovative use of 3D up to that point (unfortunately, it also sparked the non-stop barrage of 3D that we’ve yet to recover from.) But the movie was exclusively about the effects, whereas Cameron’s previous films married the stunning effects with that sense of wow. It was also, if we’re being honest here, his most stupid movie since True Lies, and True Lies’ ostensible stupidity was satirizing the kind of movie that Cameron himself had invented.

It’s been known for a couple years now that Cameron is hard at work on two Avatar sequels, his own sort of Star Wars saga for the millennial generation. So far the most exciting announcement has actually had nothing to do with technology or special effects; Sigourney Weaver will be returning for Cameron’s sequels, despite her character being killed at the end of Avatar (spoiler alert.) She’ll reportedly be playing a different character this time, according to The Hollywood Reporter.

“Her character of Grace Augustine, as fans know, died in the first movie, so she’s playing a different and in many ways more challenging character in the upcoming films,” Cameron told reporters. “We’re both looking forward to this new creative challenge, the latest chapter in our long and continuing collaboration.”

This is the most wonderful news one could hope for, except maybe that Cameron has opted to shelve Avatar and return to R-rated thrillers (not likely.) Weaver became the first actress to be nominated for an Oscar for a perceived genre film for Cameron’s masterpiece Aliens in 1986. Reprising her trademark role as Ellen Ripley from Alien (1979), Weaver is purged of the “bitchiness” that marked Ripley at the beginning of the first film (a 2014 viewer might call it “bossiness”) and becomes a full-fledged bitch in the best sense of the word.

Eschewing the traditional characteristics that had defined female characters in movies for almost a century, Weaver’s Ripley is the true alpha in Aliens. Scholars have dedicated a lot of time and words analyzing the feminist notions woven throughout the film, specifically citing the dichotomous, yet strangely reflective relationship of the two mother figures (Ripley “adopting” the young girl she finds hiding in the garbage disposal) and the Queen Alien, a sublime amalgam of puppetry and animatronics, courtesy of the brilliant Stan Winston.

In the climatic scene — one of the most awesome (in the Kantian sense) in cinema history — the two mother figures fight, one defending her child, the other avenging the death of hers (as Ripley just burned the entire nest with a flamethrower.) The climax of Avatar is a jarringly similar fight, except the roles of hero and villain have been switched, with the robot becoming bad, and the alien becoming good, and all sense of tension removed because it’s not the kind of movie where the good guys lose.

Cameron had taken up the reigns of the Alien franchise from previous director Ridley Scott, and instead of trying to one-up Scott’s classic horror-in-space style, Cameron made a brazen, white-knuckle action movie. It outdid its predecessor, critically and commercially, and five years later Cameron would make the sequel to end all sequels, Terminator 2. Cameron, the progenitor of big-budget sequels, spurred the proliferation of blockbuster franchises in the ’90s. What Spielberg did for summer blockbusters in the ’70s, Cameron did for sequels. Aliens is The Godfather Part II of summer blockbusters: bigger, longer, and more daring.

It remains to be seen whether Cameron will continue down the dark path of melodrama and cliche that mark Titanic and Avatar or if he’ll return to the lean, mean movies that made him great in the first place. Avatar 2 is still far from entering production, but a James Cameron movie has become analogous to a cultural phenominon, so expect a deluge of news and announcements for the next two years.