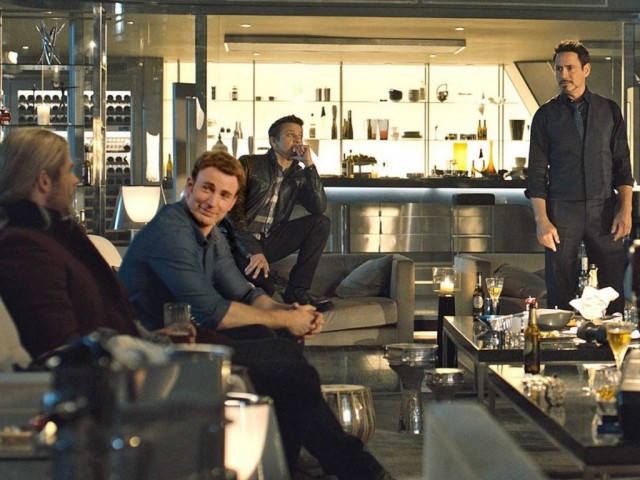 Marvel Studios has rung in the New Year with a second trailer for Avengers: Age of Ultron. The upcoming summer blockbuster has already created an audible buzz from die-hard comic fans and moviegoers alike when the first trailer dropped in October. Just as with the last one, this recent trailer is making waves and causing a lot of excitement — because there is plenty to be excited about! The newest glimpse into Age of Ultron has a lot to reveal for fans that are willing to look.

Spoiler alert from here on out for anyone who is not interested in any speculation or firm facts that can be gained from analyzing the most recent trailer.

What this trailer does more than anything else is cement the origin of Ultron. Originally created as a guardian for Earth by Tony Stark, an unknown incident occurs that causes Ultron to do the exact opposite of its intended purpose. There has been speculation for a while now that Stark would be responsible for Ultron’s existence, a fact that differs slightly from the comic book source material. It’s true that Ultron always was an example of good intentions gone wrong, but his original creator was Hank Pym, also known as Ant Man (a film that is conveniently coming out a few months after Avengers: Age of Ultron).

While this change may seem like splitting hairs, it is incredibly intentional and will have major consequences. Along with heavily suggesting that Tony Stark is responsible for Ultron, the trailer also reveals just how well the rest of the team is handling it. Additional spoiler alert: They’re not taking it well. Between being choked out by Thor and brawling with the Hulk, it is becoming extremely evident that Tony’s charm is wearing thin. Director Joss Whedon seems to be planting the seeds of animosity against Iron Man that will grow into the all out civil war that has been promised in the next Captain America movie (current release date of May 6, 2016).

On the topic of Tony Stark vs. the world, audiences are given a much larger taste of what is definitely going to be a highlight of the movie in the form of Hulk and Iron Man going head to head. While the movie is still going through some post production, these scenes already look ready for theaters. The FX and CGI of Iron Man’s extended suit (dubbed “Hulk Buster armor”) look fantastic and the motion capture for the Hulk is so incredible that a little bit of Mark Ruffalo is seen lurking somewhere behind the monster’s face.

The detail is so fine in the fight between the two Avengers that something as small as the Hulk’s eyes is able to give a possible explanation for the whole battle. Earlier in the trailer there is a very chilling shot of Bruce Banner’s eyes turning the signature green that has become the warning for his transformation into the Hulk. But during the battle with Iron Man there is a very clear shot of his eyes being a red-amber color. This suggests that the Hulk isn’t his normal Hulk self and that he has gone completely feral. The cause for this could be blamed on one of the newcomers to the Avengers, Scarlet Witch, whose powers have been loosely defined for this movie, but have roots in the comics as completely reality altering.

Scarlet Witch and her brother Quicksilver are two, of many, new characters appearing in Age of Ultron. Historically, they’re both important members of The Avengers, but whether Marvel Studios is going that route with them remains to be seen. Apart from a couple of scenes that have been recycled from the last Age of Ultron trail, the new trailer doesn’t give away much on their involvement or future.

While what is known about Scarlet Witch and Quicksilver is minimal, it’s still way more compared to some other characters that appeared briefly in the trailer. Short glimpses of new characters include someone played by Andy Serkis (famous for his motion capture work as Gollum in the Lord of the Rings and Caesar in the recent Planet of the Apes films). Rumors have been flying that Serkis’s character could be a Marvel villain known as Ulysses Klaw. These rumors are largely based around the near identical look Serkis is sporting in the film with how the character is portrayed in many of the comics. Klaw would fit well in the film as he is often involved in the acquisition of “vibranium,” a nearly indestructible metal alloy that not only makes up Captain America’s shield but also several iterations of Ultron. Additionally the presence of Ulysses Klaw as a vibranium broker would work well for the Marvel Cinematic Universe, since the only place to get the rare alloy is in the fictional country Wakanda, the kingdom of Black Panther (a future Marvel property with a release date of November 3, 2017).

The second trailer for Avengers: Age of Ultron is packed with characters and breadcrumbs for what’s next in the Marvel Cinematic Universe. One thing, however, that is mysteriously absent from this trailer is any depiction of Vision, an Avenger created by Ultron out of Tony Stark’s A.I. butler, J.A.R.V.I.S. (voiced in the past by Paul Bettany). The fact that it’s been confirmed that Bettany will be returning as J.A.R.V.I.S. in addition to playing Vision and that he has been excluded from both Age of Ultron trailers suggests that Marvel Studios is aiming to make his participation a surprise. In a trailer that looks bleak for the Avengers, could Vision’s absence suggest he will be the secret weapon to defeat Ultron? Another question we’re left with: What is Black Widow getting injected with at 0:39?