All the Awful TV Shows You Forgot About That Fox Cancelled

It’s no secret that Fox has swung and missed on a lot of TV shows over the last few decades. While shows such as The Simpsons put the network on the map, other solid shows — such as Family Guy and Futurama — saw success but were inevitably canceled due to mismanagement on the network’s part. To sum it up, Fox has a long history canceling TV shows.

It would be impossible to list out every show that Fox has ever canceled, even if a compilation of Joe Buck doing promos comes pretty close. Let’s take a look at 10 bad ones that you may have forgotten about. 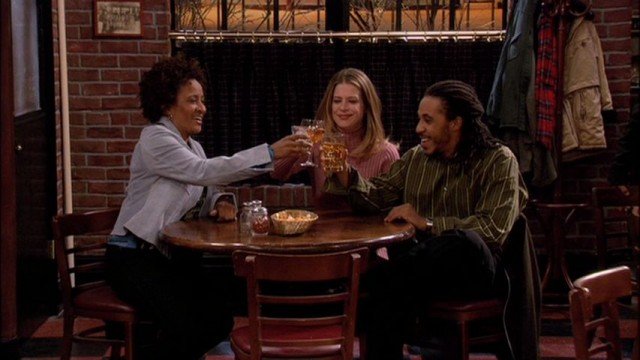 Sykes was basically playing herself in this show. | Fox

Back in the early 2000s, Wanda Sykes was a rising star in comedy. She had successfully played recurring, small roles on sitcoms such as The Drew Carey Show, so Fox went forward with Wanda at Large. The show featured Sykes playing “Wanda,” a stand-up comic. A tough role, we’re sure.

It premiered in March of 2003, and the ratings only declined with each episode. Only 20 episodes were aired before Wanda at Large got the ax.

Next: A forgotten Michael Rapaport show 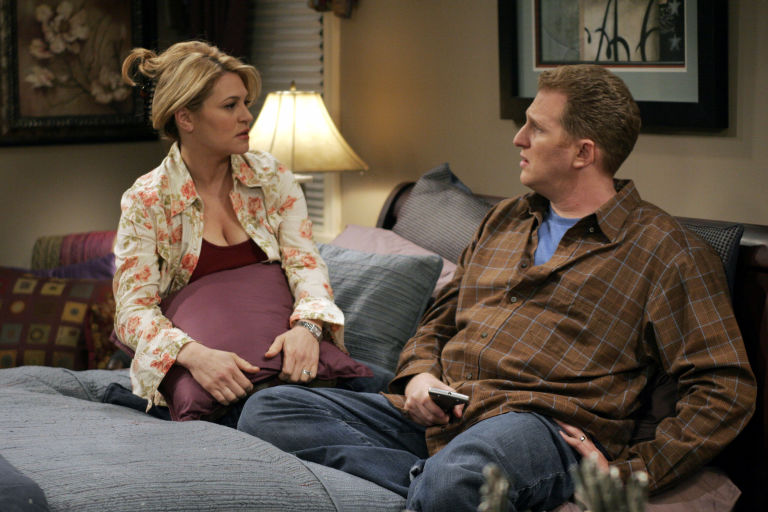 It’s nothing we haven’t seen before. | Fox

The first major mistake that Fox made with The War at Home was hitching their wagon to Michael Rapaport as a leading man. The show is based around Rapaport and his on-screen wife (played by Anita Barone) attempting to raise their three teenage children.

The family comedy isn’t exactly a new concept, but The War at Home did get in two full seasons and 44 episodes. It also received some positive reception for one of the show’s characters coming out, but that wasn’t enough to save The War at Home from cancellation.

Next: This show only aired four episodes before being canceled. 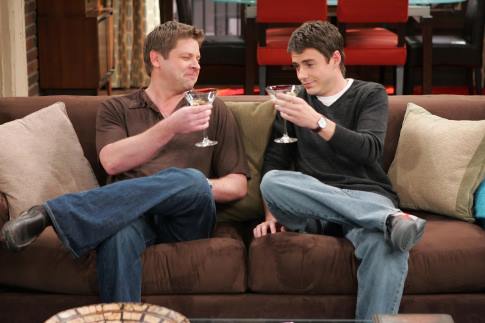 Sometimes you have all the ingredients but the cocktail doesn’t turn out right. | Fox

Happy Hour was a 2006 show on Fox starring John Sloan — yes, the John Sloan. The premise was that he was a younger guy who had lost pretty much everything of value in his life, including his job and his girlfriend. He meets a new roommate, gets a new job, and starts to repair his life.

But the ratings were just downright bad, despite the show being made by the married duo of Jackie and Jeff Filgo, who also were responsible for That ’70s Show. 14 total episodes of Happy Hour were made, but just four were aired prior to cancellation.

Next: A cop drama with a twist 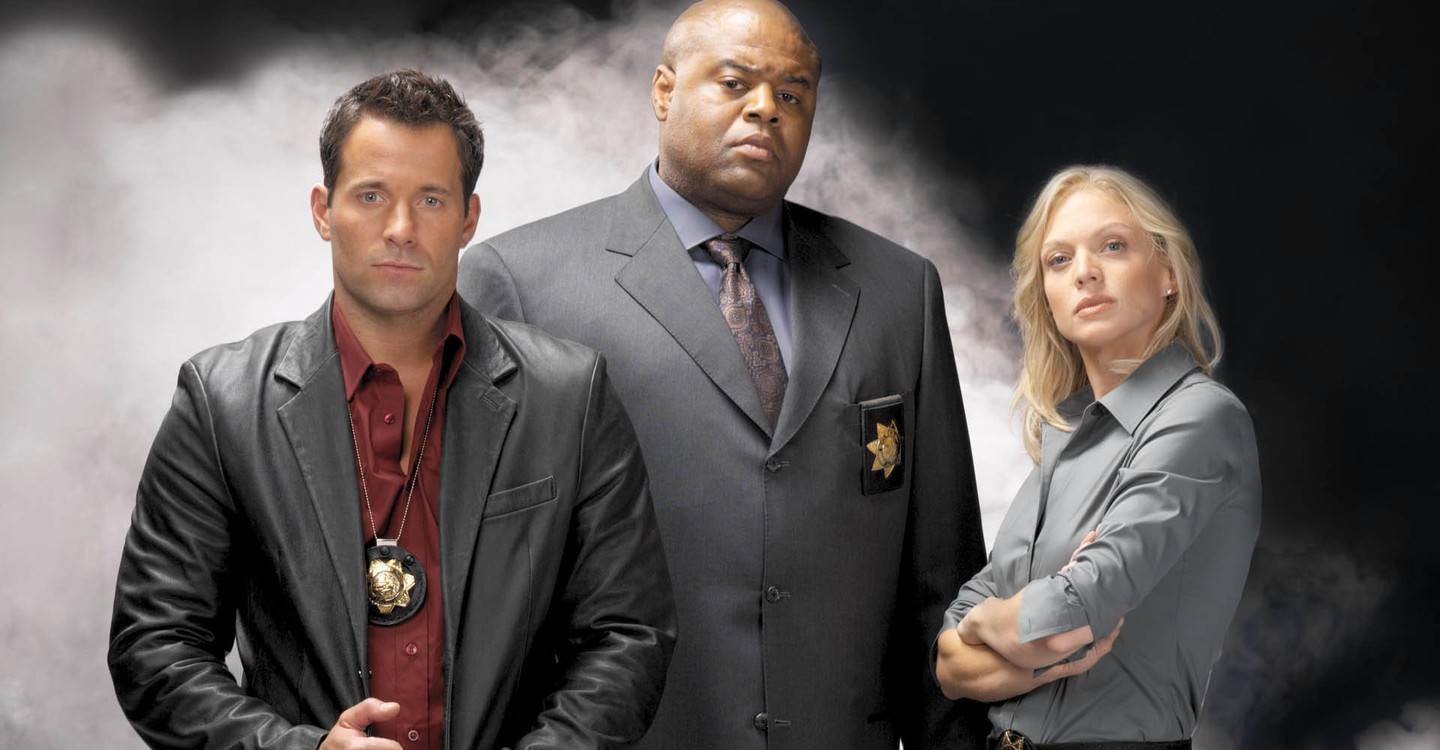 It looks like so many other cop shows. | Fox

Back in 2005, Fox came out with a San Francisco police drama titled Killer Instinct. It focused on Detective Jack Hale, played by Johnny Messner. But there is one major twist: Hale has a special insight into criminals because his father was a serial killer.

Only 13 episodes of Killer Instinct were made, and just nine of those were broadcast in the United States. Not exactly a major hit, but it was yet another detective show at a time when detective shows were coming out of the woodwork.

Next: A spin-off that fell flat 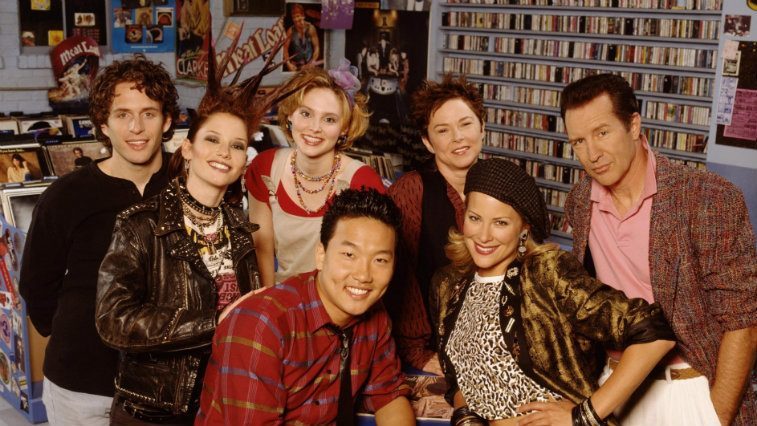 Maybe Fox would’ve had some success with That ’80s Show if they had chosen one or two of the characters from That ’70s Show and built a spin-off. Jackie and Fez move to Los Angeles, or something. But instead, That ’80s Show was created in 2002 as an obvious attempt to mooch off the popularity of That ’70s Show.

Rather than having an interesting show set in the 1980s, each episode felt like watching the decade of the ’80s with characters filled in. That ’80s Show lasted just one season, and 13 episodes.

Next: A bad show featuring a future star 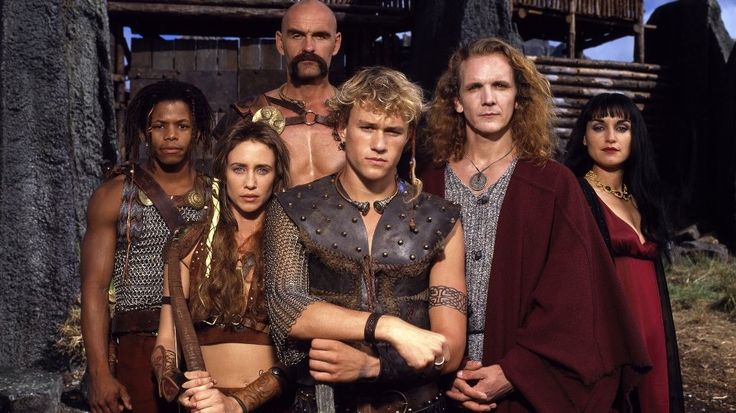 Ledger was probably happy about this show’s cancelation. | Fox

Two full years before 10 Things I Hate About You, Heath Ledger starred in a little-remembered Fox series titled Roar. The show featured Ledger as a nomadic orphan, wandering the Irish countryside and getting into adventures while dreaming of one day liberating the country from the Romans.

Not only was the show just not good, the overall look is just of poor quality, even for 1997. Only 13 episodes were produced, but Ledger went on to bigger and better roles before his death in 2008. And interestingly enough, two books were published.

Next: Politically incorrect, but not funny 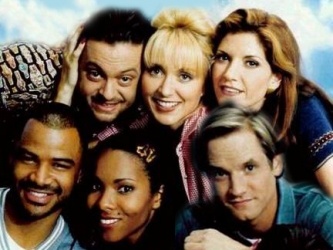 Living in Captivity was a Fox show that aired in the fall of 1998, but lasted just over a month prior to cancellation. It centered around a black couple living in a white neighborhood, but believe it or not, they found ways to avoid being interesting.

The show was based around the main pair and two other couples living in the suburbs, making dirty jokes, and gossiping. Eight episodes of Living in Captivity were made, but only the first six actually made it on the air.

Next: Nobody watched this show 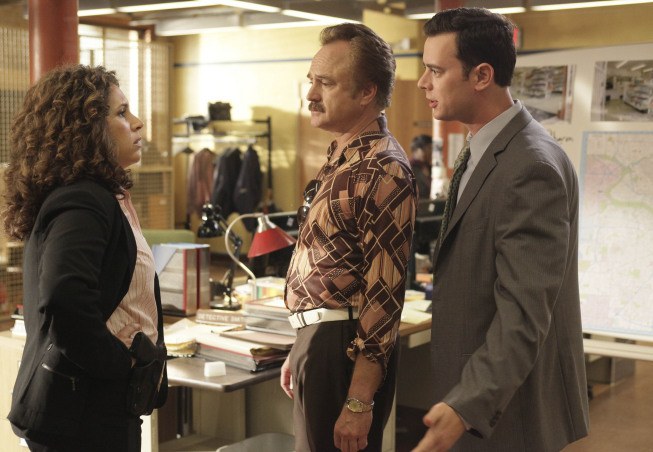 Even two funny leads couldn’t save this show. | Fox

The Good Guys found a way to mix two TV tropes as old as the medium: The detective show and the “odd couple.” Bradley Whitford and Colin Hanks (son of acting legend Tom Hanks) were the two leads in the comedy, which somehow wasn’t all that good.

Whitford was both praised and ripped apart, depending on which critic you were talking to, for his ham-fisted performance. Audiences snoozed on The Good Guys, and only 20 episodes were ever made.

Next: Yet another cop drama with a twist 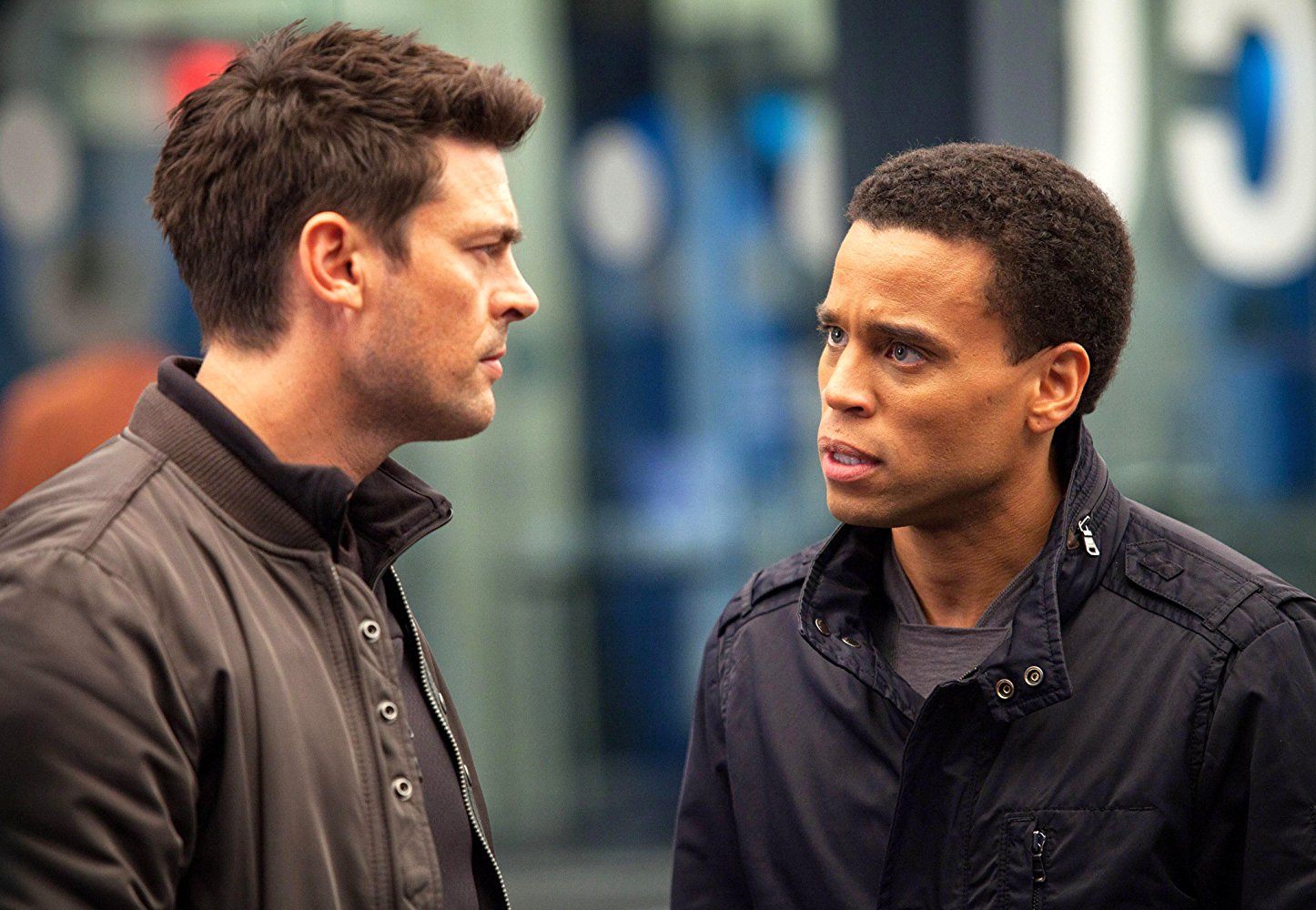 It certainly looks good, but that doesn’t mean the writing was quality. | Fox

With the failure of Killer Instinct and The Good Guys in their wake, Fox decided to try something new in 2013: A detective show with an odd couple theme. But this time, it’s different! Almost Human was set in the future, pairing up a human and an android as partners on the beat.

For some reason, it kind of feels like a rip off of Joey Tribbiani’s Friends detective show, “Mac and CHEESE.” Almost Human had extremely poor ratings, although they did receive an Emmy nomination for special effects. It lasted just one season and 13 episodes (11 aired).

Next: Two stars couldn’t save this one 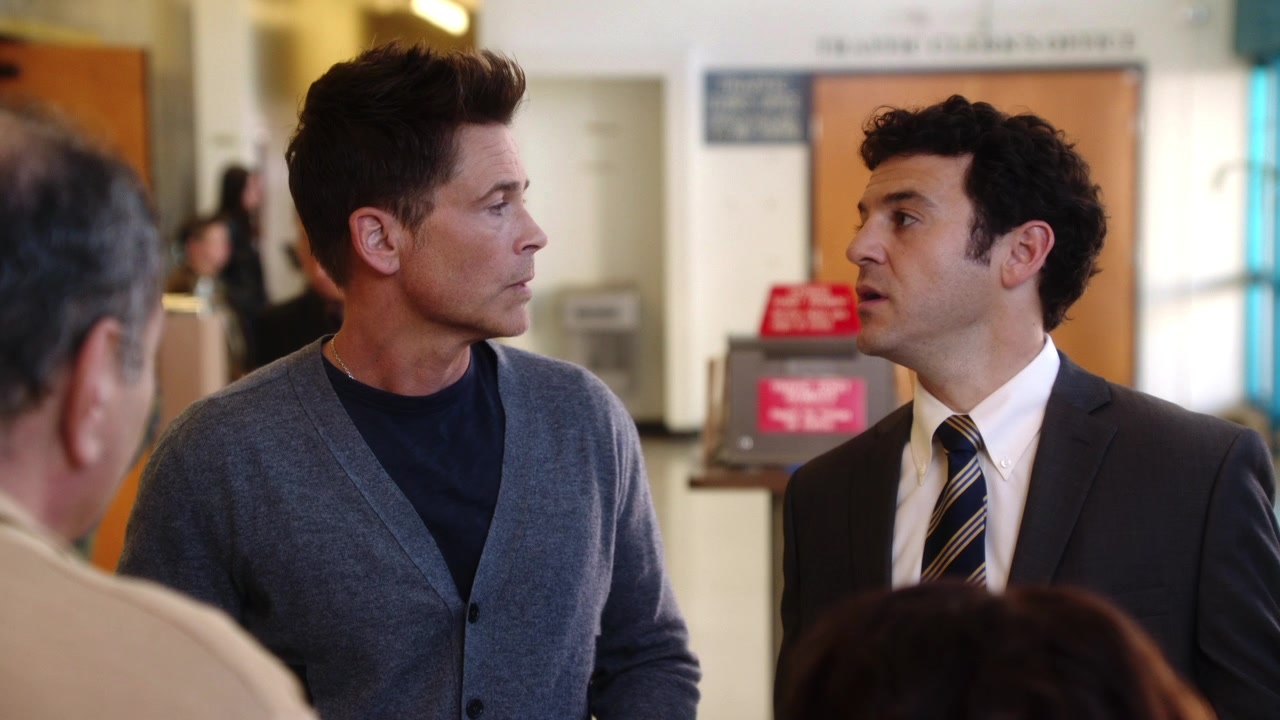 With Rob Lowe attached, how could they fail? In The Grinder, Lowe played a former Hollywood actor returning to his small town and attempting to take over his family’s law firm alongside his brother (played by Fred Savage). The show was heavy on the star power, and people actually seemed to like it. It should also be noted that Jason Alexander, of Seinfeld fame, was the creator and head writer.

But despite being well-liked among its fans, The Grinder never really took off in the ratings department. Fox canceled the show in 2016 after having aired just 22 episodes in one season.