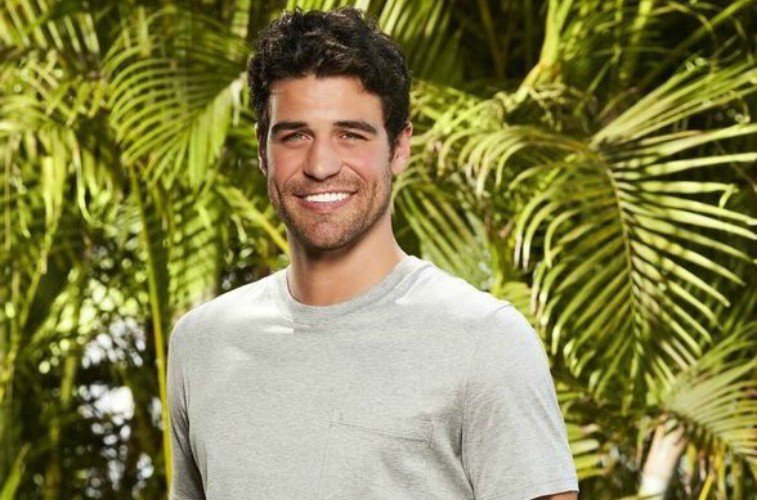 Joe Amabile might not have been announced as the next star of The Bachelor. But his time on television is reportedly not done. There is a new rumor that the Chicago grocery store owner will be joining Season 27 of Dancing with the Stars and his professional dancing partner has reportedly been picked.

Reality Steve tweeted that Grocery Store Joe will be joining the competition and his dance partner will be Sharna Burgess.  He also included a picture of the dancer tweeting, “Here’s what I’ll tell you…. we laugh A LOT, we work so hard hard every minute of rehearsal already. He’s in this for the right reasons & with a heart of gold. In just 3 days he’s grown so much already, and I think you’re all going to adore him. I already do. #dwts27.” Burgess also later tweeted, “Here’s another little hint… I’m not in LA :).”

(SPOILER): I haven’t seen any DWTS spoilers, so if some outlet has already spoiled this, my apologies and I’ll give them credit, but Grocery Joe is on DWTS this season. That’s who Sharna is talking about in this tweet from yesterday pic.twitter.com/L75PAzLkoz

The “right reasons” is definitely a hint that her partner will be someone from Bachelor Nation. Amabile is also from Chicago so that lines up with not being in L.A. for dance practice. He has yet to drop any hints on social media.

We probably won’t know for sure until the official cast announcement, which is on Aug. 21. It has already been announced the professional dancers that will be returning are Alan Bersten, Artem Chigvintsev, Brandon Armstrong, Cheryl Burke, Emma Slater, Gleb Savchenko, Jenna Johnson, Keo Motsepe, Lindsay Arnold, Sasha Farber, Sharna Burgess, Valentin Chmerkovskiy, and Witney Carson.

Amabile has certainly had a wild ride on reality television. He started off trying to win Becca Kufrin’s heart on The Bachelorette but was sent home after the first night. That still didn’t stop fans from rooting for him so hard on social media that he was one of the first cast members to be brought back for Bachelor in Paradise. There he has had a pretty rocky road trying to find love with Kendall Long.

It seems like Amabile wasn’t against being chosen to be the next bachelor. “I would definitely be the Bachelor,” he previously said on the Ellen DeGeneres Show. But he didn’t exactly think his season would be that great. “Would I be a good one? Probably not. Because I’d probably be a nervous wreck the entire time.”

The 31-year-old even added, “It would actually be really bad.” So it’s probably a good thing he wasn’t chosen and yet his fans still get to follow him on another show. Who knows? Maybe he will get even more comfortable in front of the cameras and he could eventually return to be the bachelor in future.