‘The Bachelorette’: 10 Things We Know About Rachel’s First Four Suitors

Season 21 of The Bachelor finally showed the ending to Nick Viall’s journey to find love. The host, Chris Harrison promised a “historic” finale to cap off the season, and he delivered. For the first time on After the Final Rose, the special ended by kicking off the next season of The Bachelorette.

The new bachelorette, Rachel Lindsay, actually met four of her future suitors. The men got out of their limousines and got the opportunity to make their first impression with her on live television. Honestly, it was a little awkward, but it was a good look into what is to come next season. So what do we know about these four guys? Here are nine things we know about Rachel’s first four suitors, and a peek into the mysterious fifth suitor as well!

1. DeMario Jackson is ready to get married and already has a ring 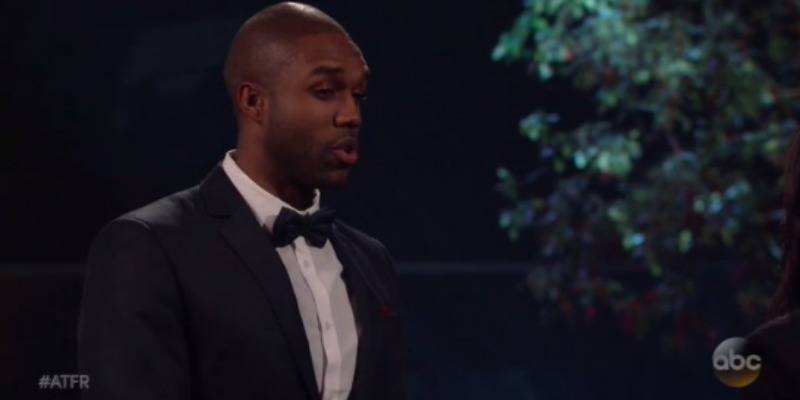 DeMario on After the Final Rose talking to Rachel. | ABC

Of course, most of the men come on the show with the thought that they’ll propose at the end. But DeMario took things further by showing Rachel that he bought tickets for them to elope in Las Vegas. Luckily, Rachel responded by saying she loves Vegas.

As if that wasn’t enough, he also showed her an engagement ring that he got for her. That’s huge, considering the show has a deal with Neil Lane for engagement rings. It shows that this guy is willing to put his own money on the line, along with his heart.

2. DeMario works as a recruiting consultant for Michael Page 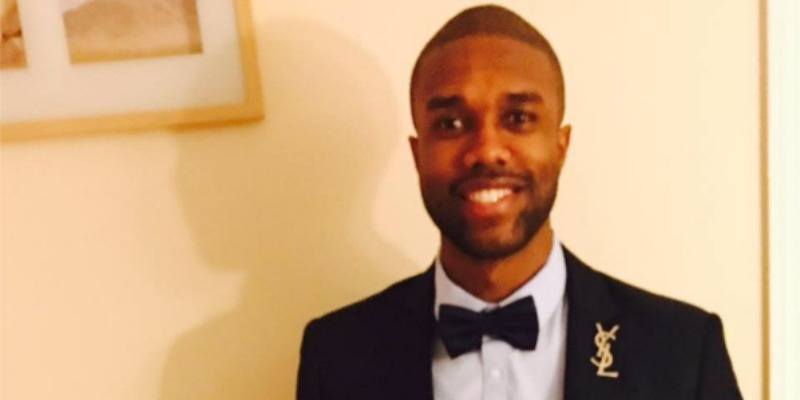 The good news is that DeMario has a real job! According to his LinkedIn profile, he works as a recruiting consultant and graduated from Fashion Institute of Design & Merchandising in 2009. It’s definitely a plus that his job has nothing to do with the entertainment industry. He’s also from Los Angeles.

3. Blake Elarbee is really into fitness and playing the drums 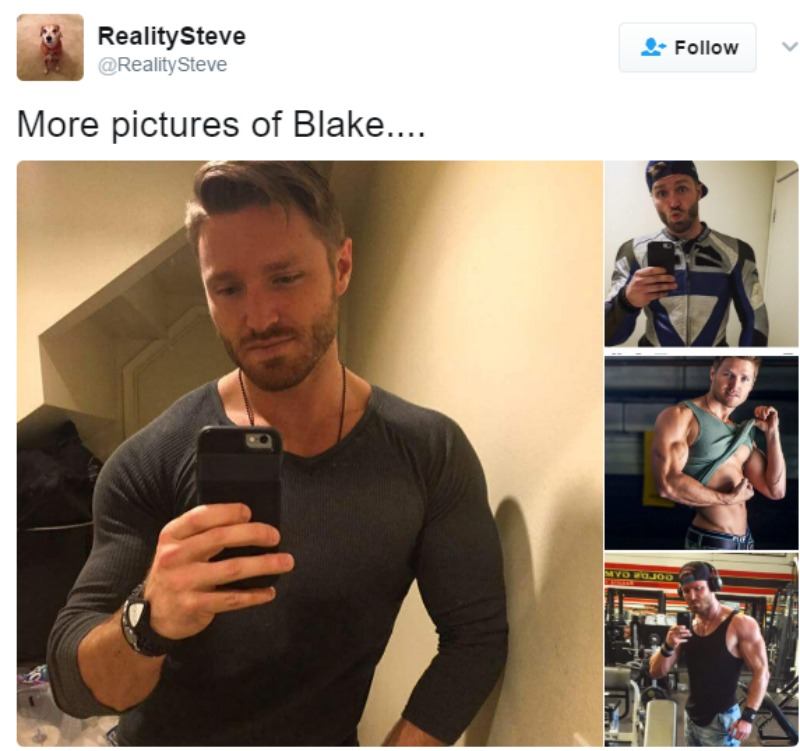 It’s not uncommon for the show to get some contestants who like to work on their fitness. Blake definitely falls into that category and Reality Steve was able to dig up some photos of him showing off his abs. Blake actually works as a personal trainer and posts videos of himself playing the drums on YouTube.

4. Blake has an ex who is ready to diss him publicly 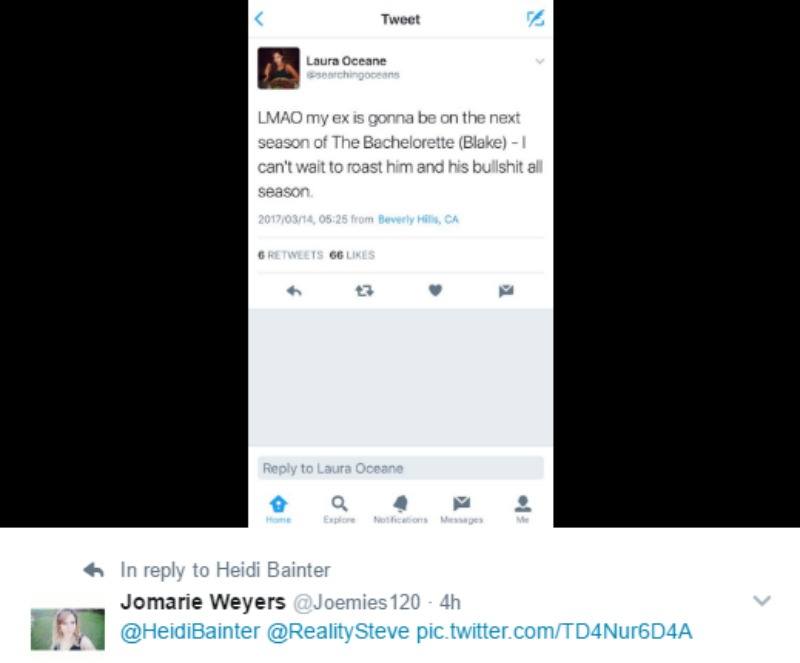 But it looks like not everyone is going to be Team Blake in the upcoming season. One Bachelor Nation fan happens to be his ex, who tweeted that she is ready to make fun of him next season. Perhaps we will get to see why their relationship didn’t work out.

Rachel talking to Nick Viall on The Bachelor. | ABC

Blake’s ex might be a red flag to some fans, but he might be what Rachel is looking for. “I need you to be able to talk sports,” she said according to ET, “you don’t have to play them, but be familiar with them.” Given the fact that Blake is obviously athletic, he could be sticking around for some time.

6. Dean Unglert might not make it far this season

Dean kissing Rachel’s hand on After the Final Rose. | ABC

Dean made many fans uncomfortable when he went up to Rachel and said, “I’m ready to go black and I’m never going to go back.” She laughed at this, but we have a feeling that weird comments like that aren’t going to fly like they did on The Bachelor. This guy might be a dead man walking.

According to his LinkedIn profile, Dean works as a recruiting partner for SoCal Startups. He is also a California guy and graduated from the University of Colorado in Colorado Springs.

7. Eric Bigger had the best entrance

Eric and Rachel dancing on After the Final Rose.| ABC

Eric might have had the advantage of coming in last. He dished out every Bachelor Nation cliche to Rachel by saying, “If it’s meant to be it will be” and that it will be a “miracle season.” But what sealed the deal was his moves, and how Rachel didn’t hesitate to dance with him.

Bigger has an interesting resume and a YouTube channel that has three videos. As a motivational speaker, he has given speeches about the power of feminine energy. He also wrote a book called, 100 Days Of Wisdom: Wisdom For Life.

8. Even Bachelor alums are rooting for Eric 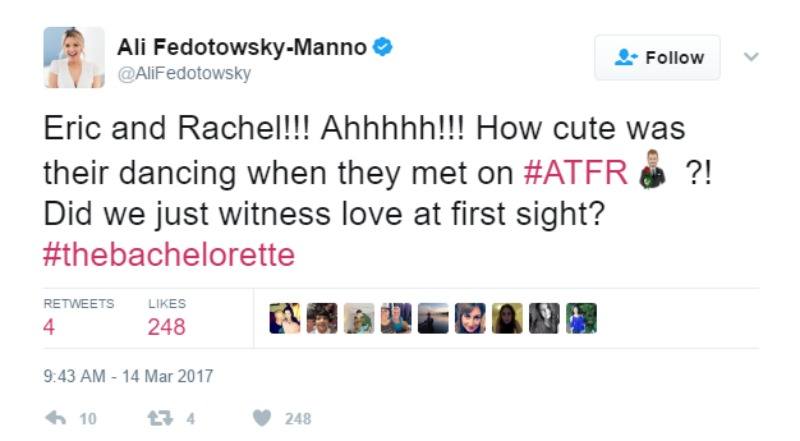 Ali Fedotowsky was the star of Season 6 of The Bachelorette and continues to comment on the show. When it came to her opinions on the four guys, she was totally charmed by one. Ali seems to be team Eric, along with many fans. Only time will tell if he will be able to make it all the way.

Rachel Lindsay and Nick Viall dancing on The Bachelor. | ABC

When Rachel was asked what she’s looking for in a man she made sure to mention a sense of humor. “Oh my gosh,” she said according to ET, “I need a funny guy! I mean, you don’t need to be a comedian. I don’t need you to be Kevin Hart, but I need you to be funny.” That definitely sounds like Eric and Dean, based on their first impressions.

10. A fifth contestant has been revealed 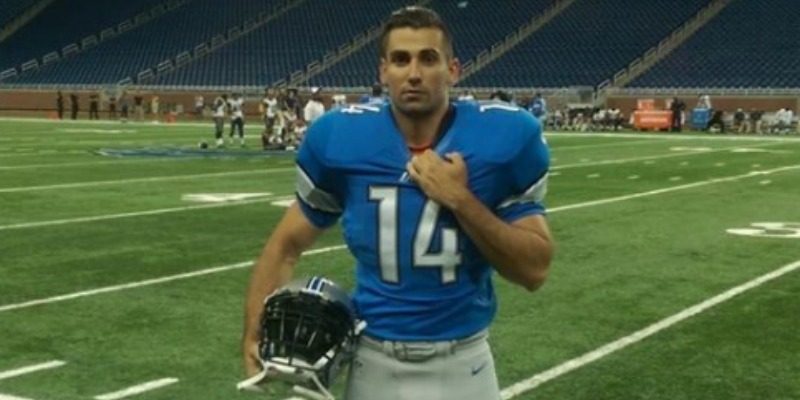 Of course, Reality Steve has done some digging on his own and reported that Alex Bordyukov has been cast to join the show. Alex is from Russia and graduated from Wayne State University.