‘Batman v Superman: Dawn of Justice’: Will it Live Up to the Hype?

As soon as the new trailer for Batman v Superman: Dawn of Justice was released, the Internet (as usual) instantly began dissecting the footage. However, regardless of how fans feel about Jesse Eisenberg’s kooky take on Lex Luthor or the fact that that other baddie was prematurely revealed before the film’s release, there’s still plenty of reason to get excited for the new film and what it could mean for the budding DC movie universe. As if any self-respecting superhero fan would miss the first live-action meeting of Superman, Batman, and Wonder Woman.

While Man of Steel took a tremendous amount of heat for the mass destruction caused during Supes’s (Henry Cavill) epic battle with General Zod (Michael Shannon), Batman v Superman is wisely opting to take that criticism — and its troubling implications with regard to Superman himself. In this regard, the film has the ideal launching pad not only for the short-term conflict for the two eponymous heroes but also for the eventual formation of the Earth-protecting Justice League. No doubt director Zack Snyder — who helmed both Man of Steel and Batman v Superman — is committed to creating a world that can sustain the many DC Comics films that have already been announced.

Some have proclaimed that the film’s many new characters — Batman, Wonder Woman, and Lex Luthor, to call out the most prominent — indicate that Batman v Superman: Dawn of Justice may be the DC equivalent to Spider-Man 3 in that both films appear to be overstuffed with new characters. However, it’s highly unlikely that Wonder Woman or the aforementioned “big bad” — which we won’t be complicit in spoiling here for those of you who wish to avoid the new trailer and the reveal therein — will have much impact on the story at hand until the final act, finally providing the push the heroes need to finally work together. After all, if the film’s plot only involves Lex Luthor as a villain, there isn’t exactly much incentive for justice to dawn, is there? A friendly handshake between the Dark Knight and the last son of Krypton would be an anticlimactic ending indeed.

Moreover, the film’s objective — which couldn’t be more clearly stated in the title — is to broaden out the DC film world in epic fashion, allowing Warner Bros. and DC to jump right into the team-up action of something like The Avengers before faster and leaving room for solo projects after the fact. Considering that most moviegoers agree we don’t need an entire film to set up Batman’s origin, there’s little excuse for not jumping into the middle of the action, using the out-of-this-world arrival of Superman to herald the arrival of supervillainy and a team that can wrangle them. Thor’s arrival on Earth ultimately served the same purpose in the Marvel Cinematic Universe. So it makes sense that DC would follow suit but subvert Marvel’s approach to telling its grand saga. 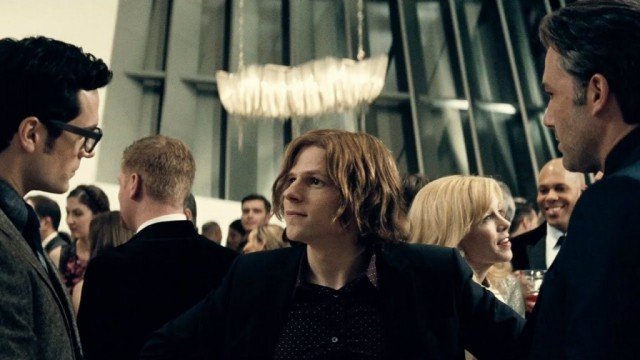 Provided Batman v Superman strikes the right balance in telling its story and doesn’t lean too heavily on its third act brawl or feel compelled to tie up its loose ends (unlikely, considering you-know-who would be a prime candidate for a Justice League film or Man of Steel sequel), the film could easily end up blowing away fans’ expectations when it hits theaters. Granted, hype over the prospect of a shared DC film world has been a long time coming, but with the approach Snyder and his team are working with (and Affleck’s strong showing thus far as Batman), we expect that it could be worth the wait.