Before Black-ish: How Did Tracee Ellis Ross Get Her Big Break?

We all know Tracee Ellis Ross for her comedic antics, incredible fashion, and of course her amazing acting chops, but how did this Emmy Award-winning actress get her first big break into Hollywood?

We’ll take a look at Ross’ journey that landed her the role she is recognized for the most, Dr. Rainbow Johnshon on Black-ish.

After working in the fashion industry for a few short years after college, Tracee Ellis Ross decided to put some of her acting skills to use.

She made her big screen debut in the independent film, Far Harbor and worked on other small projects before she broke into comedy as a performer on the MTV series, The Lyricist Lounge Show.

In 2000, Tracee Ellis Ross finally landed the role that skyrocketed her career as the queen of sitcom television.

Ross biggest career achievement was her main role in the CW sitcom, Girlfriends. 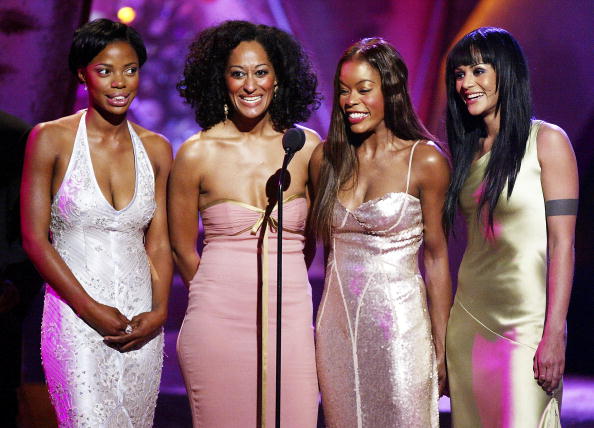 Joan Clayton was known as the mother figure of the friend group as she is always looking out for her friends’ best interests at heart. She is continuously dealing with her own personal problems and hilariously finds ways to balance different aspects of her life all while making time for her friends.

After an eight-year run, Ross has received tremendous recognition for her comedic performance on Girlfriends and even received two NAACP Image Awards for her role on the series.

Since her role on Girlfriends, Tracee Ellis Ross had made a name for herself in Hollywood. After the cancellation of the sitcom, Ross went on to acting alongside her younger brother Evan Ross in the HBO movie Life Support. Later that year, she acted in the Tyler Perry film Daddy’s Little Girls.

In 2011, Ross starred in the BET sitcom Reed Between The Lines. After receiving her third NAACP Image Award for her role as Dr. Carla Reed, Tracee Ellis Ross decided not to return to the sitcom after Season 1.

In 2014, Ross received her most notable role to date as Dr. Rainbow Johnson on the ABC comedy series Black-ish.

The comedy centers around an upper-middle-class African American family living in a predominately white upper-class neighborhood.

The show has received positive reviews from critics since its premiere for its relatable humor and social/political content. Fans enjoy that this show touches upon many issues of racism, police brutality, LGBTQ, etc.

Tracee Ellis Ross has received multiple nominations for her portrayal on Black-ish such as two Critics’ Choice Television Awards and two Primetime Emmy Awards. Ross’s nomination in 2016 for Outstanding Lead Actress in a Comedy Series was the first for an African-American woman in that category in 30 years.

Tracee Ellis Ross is continuing to work on Black-ish for the time being.

Along with acting, Ross has hosted many mainstream award shows and is busy working on her clothing line.