Before ‘Entourage’: The 5 Best Movies About Life in Hollywood

Earlier this month, the long-awaited film reboot of HBO’s popular series Entourage hit theaters. The comedy, about a group of young men who take Hollywood by storm, held on for eight seasons. Now, fans of the series will get one last chance to be entertained by Vinnie (Adrien Grenier), E (Kevin Connelly), Johnny Drama (Kevin Dillon), Turtle (Jerry Ferrera) and Ari Gold (Jeremy Piven).

As a TV show, Entourage worked on many levels. By exploring the ups and downs of Vinnie’s acting career, it was, at any given moment, a satire about the industry, an exploration of what fame can do to a person, and an honest look at what it’s like to try to make it in Hollywood. And it’s safe to say the film didn’t stray far from that formula.

But Entourage won’t be the first film to show us what life is like in Tinseltown. For decades, filmmakers have had a lot of fun peeling back the curtain and letting us see the inner workings of one of the most profitable industries in the world. Here are five great films that give us an insider’s look at Hollywood. 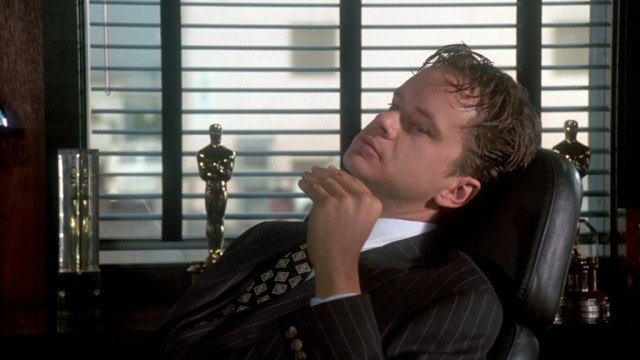 How far will a Hollywood studio executive go to stay on top? That’s the premise of The Player, a thriller with a satirical twist. Tim Robbins stars as Griffin Mill, a power player who wines and dines Hollywood elites with the best of them — but who takes extreme measures when his livelihood is threatened. The Player gives us a refreshingly fun glimpse into the inner workings of movie deals. While the characters take themselves extremely seriously, the over-the-top films they’re constantly pitching and creating remind us that what we’re witnessing isn’t entirely rooted in reality. The Player is also jam-packed with cameos from Julia Roberts, Bruce Willis, Cher and dozens of Hollywood personalities, all of whom feel like they’re in on director Robert Altman’s joke. 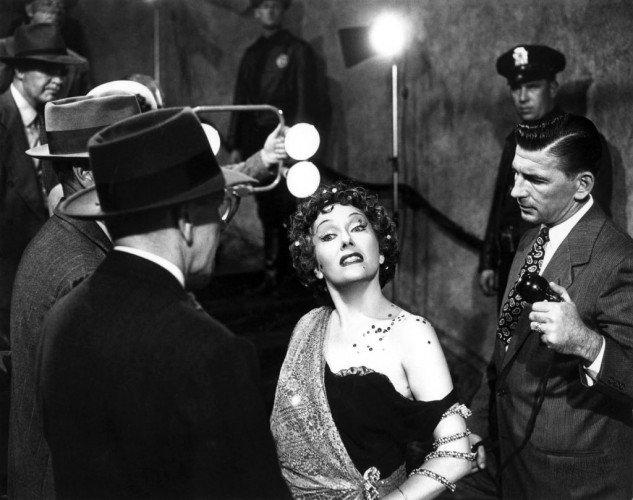 For every Hollywood success story, there are a dozen men and women who faded from the spotlight or never made it there at all. In Sunset Boulevard, we get an intimate look at what life is like for artists who aren’t in demand. Billy Wilder’s classic drama manages to be both dazzling and bleak. Gloria Swanson’s performance as has-been actress Norma Desmond is chilling and captivating, as the depths of her desperation for another chance at fame ultimately causes her to lose her grip on reality. And William Holden’s Joe, an unsuccessful screenwriter who falls in with Norma, serves as a cautionary tale that even those who dream of Hollywood success should be careful what they wish for.

The creative process can be exhausting. When it’s put through the rigors of the Hollywood machine, it can be downright impossible. That’s what we see in Adaptation, anyway. It’s a film with many layers — Nicolas Cage plays Charlie Kaufman, the real-life writer of Adaptation, who struggles with adapting the nonfiction book The Orchid Thief. The film’s entire premise is based on Kaufman’s real-life experiences, but director Spike Jonze blends fiction and reality, creating a dizzying, offbeat and brilliant narrative. He also lets us glimpse the ridiculous hustle of Hollywood filmmaking, and see how quickly a story can go off the rails when it’s in the wrong hands.

In L.A. Confidential, the glittering lights of 1950s Hollywood feel gritty and dim. That’s because this film doesn’t focus on the glitz and glamor, but the dirty Los Angeles streets, where some people will do almost anything to keep their secrets under wraps. Director Curtis Hanson shows us the seedier side of Hollywood — back room deals to keep celebrity’s bad behavior under wraps; plastic surgeons who make up prostitutes to look like leading ladies; and how easily money changes hands when somebody powerful needs a favor. The cast, led by Russell Crowe, Guy Pearce, Kevin Spacey and Kim Basinger, do an amazing job of showing the toll that kind of life can take. Hanson’s brutal storytelling serves as another reminder that Hollywood can kill dreams just as fast as it can make them come true.

Movie making isn’t all fun and games — but with Tropic Thunder, at least we get to laugh at how difficult the process can be. The film follows a cast and crew that treks into the remote jungles of Vietnam to film a war movie. Things quickly spiral out of control, but the actors never realize the danger they’re in because they think they’re still filming. Over-the-top characters like Tom Cruise’s megalomaniac producer Les Grossman and Robert Downey Jr.’s method-acting Kirk Lazarus serve as brilliantly satirical looks at Hollywood ego. Tropic Thunder’s premise is a little bit ludicrous, but the brilliant execution by director Ben Stiller make it an enjoyable look at filmmaking that’s well worth your time.