Mad Max: Fury Road made headlines before it even hit theaters due to its strong female characters. Charlize Theron was at the forefront of this buzz for her powerful portrayal Imperator Furiosa, a rebel on the run. But this South African native isn’t a stranger to the limelight. She’s been turning Hollywood on its head since the mid-1990s, when she started her career. Theron’s wide range as an actress has given film fans numerous amazing performances. Here are five of her best roles.

It’s part comedy, part film noir; a sleek look at crime in California; it’s also the film that put Charlize Theron on the map. In 2 Days in the Valley, she plays the sexy girlfriend Helga to killer criminal Lee (James Spader). Her charismatic performance helps her transcend traditional Hollywood stereotypes, making Helga a fierce force to be reckoned with. A stand-out scene involves a violent confrontation between Helga and Becky (Teri Hatcher), which was hailed by The New York Times’ as “one of the most down-and-dirty fights between two women ever shown in a Hollywood film.” Not bad for her first major film role. 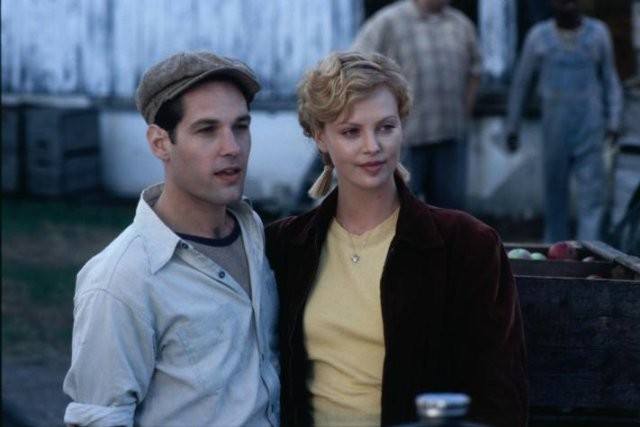 When we meet Candy in The Cider House Rules, she’s visiting a clinic so she can get an abortion. Over the course of the film, she ends up torn between her first boyfriend, Wally (Paul Rudd), who’s fighting in World War II, and Homer (Tobey Maguire), the young obstetrician who helped her in her time of need. Candy could have easily felt like a one-dimensional love interest. but in Charlize Theron’s capable hands she’s layered, vulnerable and full of life. You root for her relationship with Homer and understand, at the same time, why she’s conflicted when Wally returns. And because she infuses the young woman with such humanity, ultimately you just want to see her have a happy ending, even when others in the story do not. 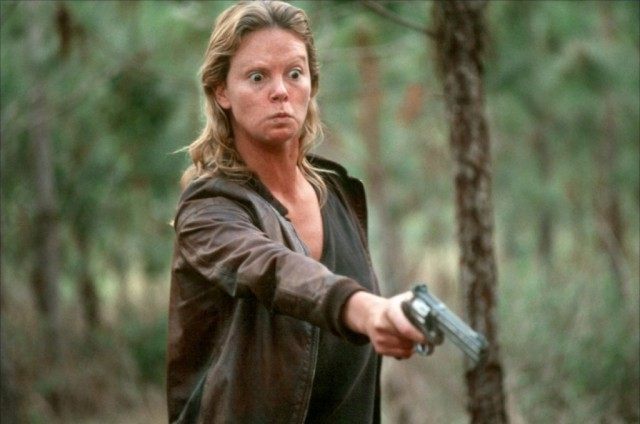 Taking on a biographical role can be daunting for any actor — especially if the person you’re portraying is a confessed murderer. In Monster, Charlize Theron allowed herself to become unrecognizable — both physically, through a tremendous physical transformation, and personality-wise. The actress who was known for playing sweet or sassy heroines transformed herself into the hardened, world-weary prostitute who was eventually executed for the murder of seven men. Theron completely embodied the part, stunning critics and fans, and the accolades — including an Oscar for Best Actress — rolled in. With good reason — her portrayal of Wuornos is still considered to be one of the best ever captured on film. 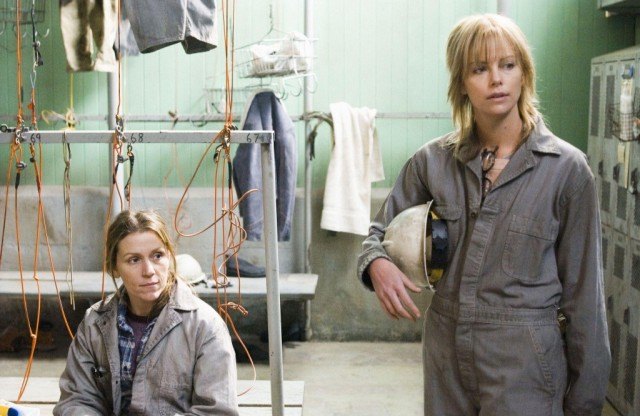 By the time she signed on for North Country, Charlize Theron was clearly no stranger to controversial films. So it made sense that she’d choose to embody Josey Aimes, a single mother who has to move her family back to her hometown to escape her abusive husband. She takes a job in a mine, and finds herself standing up against the sexual harassment she and her fellow female co-workers experience at work. Josey feels like a heroine because she has to become one, not because she’s born one. Her desire to make a better life for her children after escaping her abusive husband, and the fact that she’s helping her comrades  drives her decision to put her job and her safety on the line. Once again, Theron’s performance is masterful, from the subtle Minnesotan accent to the vulnerable strength she displays, even in Josey’s darkest moments. 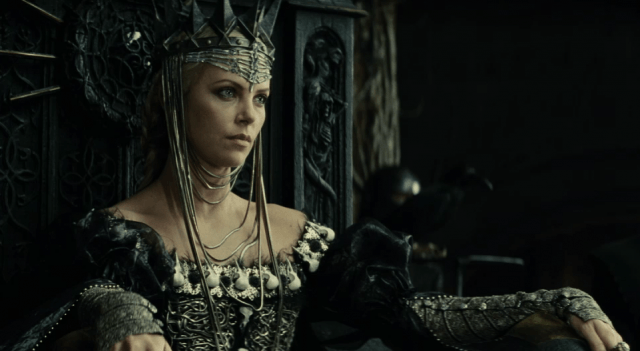 In Snow White and the Huntsman, Charlize Theron breathes life into a previously one-note villain, making her desire for power through beauty seem almost logical. She’s striking, elegant and terrifying all at once — and manages to utter the famous, “Mirror, mirror” line in a way that makes it feel like you’re hearing it for the first time. Queen Ravenna is not good by any means. But with Theron’s poise, presence, and total commitment to her quest for power, she feels truly real in a way most fairy tale baddies never do.