Ben Affleck and Lindsay Shookus: The Real Reason This Celebrity Couple Split Up 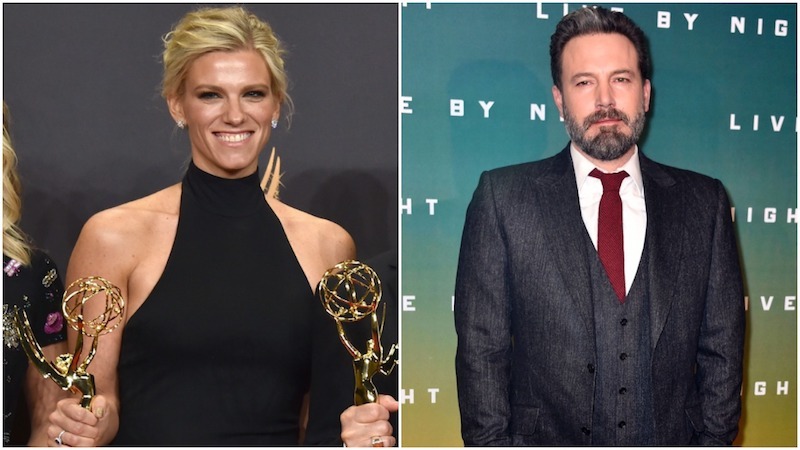 After dating for over a year, Ben Affleck and Lindsay Shookus have reportedly called it quits. The actor and Saturday Night Live producer hadn’t been photographed together since July 2018, but up to that point, all seemed to be going well. After all, just one month prior, Affleck and Shookus were spotted on a double date with the latter’s parents.

So how did everything suddenly go south? Here’s everything we know about Affleck and Shookus’ breakup.

According to a source who spoke with People, the real reason the couple split was that Affleck was “never fully committed” to the relationship. They were reportedly just “enjoying each other’s company” and “taking it slow” over the summer before their split, so they may not have ever planned on getting that serious.

After all, Affleck bought a $19.2 million home in Los Angeles in April 2018 — but Shookus didn’t move in with him. The home is purposefully located just under a mile from the Pacific Palisades mansion of his ex-wife, Jennifer Garner. The exes, who split in 2015 after a 10-year marriage, share three children: Violet, Seraphina, and Samuel.

Affleck was spotted on dates with Playboy model Shauna Sexton

Even though Affleck moved into the same neighborhood as Garner, fans shouldn’t get their hopes up for a reunion. Reports of his split from Shookus came just a few days after Affleck was spotted out on two dates with Playboy model Shauna Sexton.

People reported that Affleck and Sexton were first seen at Nobu restaurant in Malibu for what “looked like maybe a first date.” A source noted, “She looked very cute, and he seemed interested.” Their second date was a bit more low-key, as they were spotted in a Santa Monica Jack In The Box drive-thru.

Another major factor in their split? Living on different sides of the country. While Affleck is based in Los Angeles, Shookus is rooted in New York.

A source revealed, “It was amicable, but unfortunately it didn’t work out. They truly cared for each other and tried to make it work. Unfortunately now is not the time.”

Affleck celebrated his 46th birthday on Aug. 15, 2018 — but Shookus was nowhere to be found. Garner and their three children, however, did attend his birthday party. A friend of Affleck revealed, “Ben is doing well. He is in a good place mentally and has worked really hard to get here.”

They may have started as an affair

While Affleck and Shookus initially kept their relationship under wraps, it could have been more secretive than we realized. Rumor has it that they began dating in 2014 — while Affleck was still with Garner and Shookus may have still been with her ex-husband, fellow producer Kevin Miller.

An insider told Us Weekly, “Ben and Lindsay started their affair about three years ago, just a few months after she became a mom. They were not casually dating — they were having a full-blown affair.” If this is true, they could have been doomed from the beginning of their relationship.