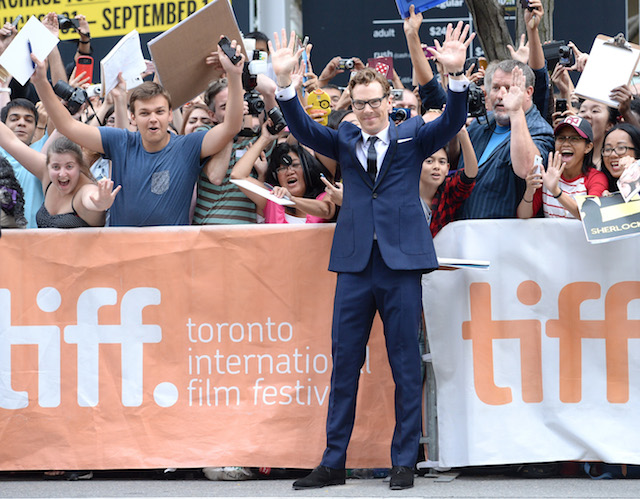 Sherlock star Benedict Cumberbatch has reportedly nabbed the coveted role of Marvel’s Doctor Strange and is in the final stages of nailing down a deal with the comic book company. Deadline reports that Cumberbatch has risen to the top of the list of actors Marvel is looking at for the role and will enter negotiations to hammer out the details soon.

While many outlets are ecstatically reporting that Marvel has finally found their Doctor Strange, it’s important to keep in mind that no official announcement from the company has been made and talks could still break down. Joaquin Phoenix was considered the frontrunner for the part but couldn’t get through negotiations with Marvel, which likely wanted the eccentric and picky actor to commit to sequels and appearances in other franchise films in the Marvel cinematic universe. Some industry watchers had it pegged early on that Phoenix wouldn’t be willing to commit to Marvel’s terms.

Cumberbatch is a bit less choosy. The main obstacle in terms of casting him in the part was his schedule, which includes theater commitments that looked like they were going to conflict with the shooting of the film. Now The Hollywood Reporter says that Marvel is shuffling Doctor Strange’s schedule a bit so that Cumberbatch would have time for it.

The actor is worth changing the schedule for. He’s just coming off a highly praised role in the Alan Turing biopic The Imitation Game that has many predicting he’ll be an Oscar candidate or even winner for his performance. Marvel would be smart to pin him down for the role right before he picks up an Academy Award.

Cumberbatch is also a favorite of the genre fans that provide Marvel’s bread and butter. His interpretation of Sherlock Holmes for the PBS/BBC show has made the miniseries a cult favorite and earned him both an Emmy award and a Golden Globe nomination. It’s also turned him into a nerdy sex symbol as he makes being skinny and neurotic but highly intelligent look cool. After Sherlock, he really sealed the deal with the genre crowd by playing the dragon Sauron in Peter Jackson’s Hobbit trilogy.

If talks between Cumberbatch and Marvel break down for any reason, comic book fans have another actor they’d like to see play the role of the neurosurgeon-turned-Sorcerer Supreme: Keanu Reeves. Reeves has come to the top of online fan discussion in terms of who comic readers think would be perfect for the part and has himself said in several recent interviews that he’s always loved comic book adaptations and has a strong desire to play a superhero. Maybe on the off chance that Cumberbatch doesn’t work out, Marvel will listen to the fans and cast Reeves.

As is frequently the case with these sought-after roles, many of Hollywood’s biggest stars have been rumored to be under consideration for the part. Ryan Gosling, Jared Leto, Tom Hardy, and Justin Theroux are just a few of the names that have been associated with Doctor Strange. With Marvel wanting to get production started on the film, which is slated for a July 2016 release, the company will likely gun hard for Cumberbatch so they can finally get the ball rolling.