As it continues to add intriguing new titles to its lineup, Amazon is becoming a bigger and more recognized player in the TV landscape. From its Golden Globe-winning comedies, like Transparent and Mozart in the Jungle, to fascinating thrillers like The Man in the High Castle, the company has delivered some truly great television. Below, check out the 10 best Amazon original shows to date.

Transparent made a buzzy debut back in 2014, becoming Amazon’s (arguably) first major hit and its first ever Golden Globe winner. Now heading into its fourth season, the show has managed to sustain its superb level of quality (as evidenced by its stellar Rotten Tomatoes scores) — a near impossible task for many TV shows. As unique and poignant as it was in its first season, the show continues to draw its heart from its terrific cast while still upping the dramatic stakes with every new round of episodes. 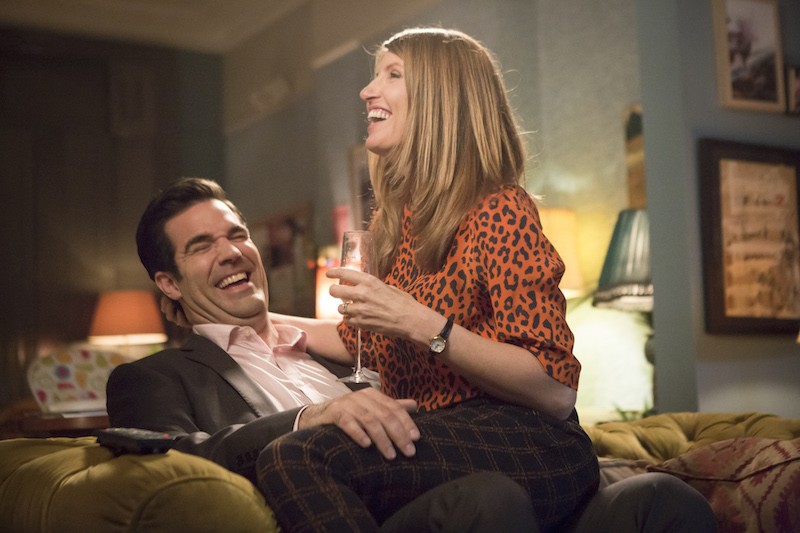 Catastrophe is one of the most overlooked and underrated shows on TV right now, and it’s a shame because this show is worthy of so much more attention. Written by and starring Sharon Horgan and Rob Delaney, the show follows a woman who gets unexpectedly pregnant after engaging in a brief fling with a guy visiting the U.K. on business. Though it may sound kind of rom com-y, this is far from your average cute love story.

Raunchy, honest, and (most importantly) damn funny, Catastrophe is buoyed by the cast’s unparalleled chemistry and witty jokes that will make you laugh out loud (literally). As if that wasn’t reason enough to tune in, the show has also accomplished the unheard of task of earning a 100% Rotten Tomatoes score for both Seasons 1 and 2. 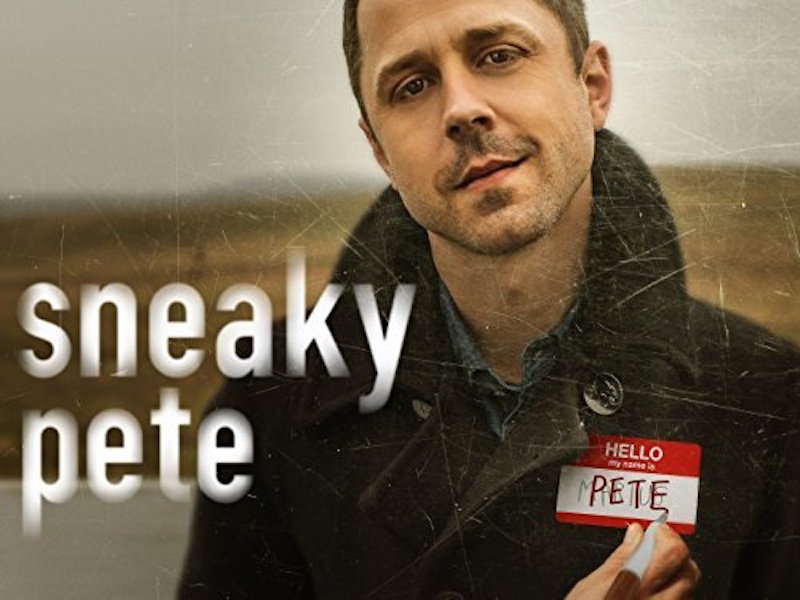 A year after the pilot first premiered on Amazon, the Bryan Cranston-produced drama finally debuted its full freshman season in early 2017 — and it was worth the wait. The show stars Giovanni Ribisi as a con man, who, after leaving prison, takes cover from his past by assuming the identity of his cellmate, Pete. He moves in with Pete’s unsuspecting family and is roped into the family’s bail bond business. With a strong cast and a script that’s both smart and suspenseful, this is a series worth your time and commitment. Need further proof? Sneaky Pete has already earned the all-too-rare 100% score on Rotten Tomatoes.

4. Mozart in the Jungle 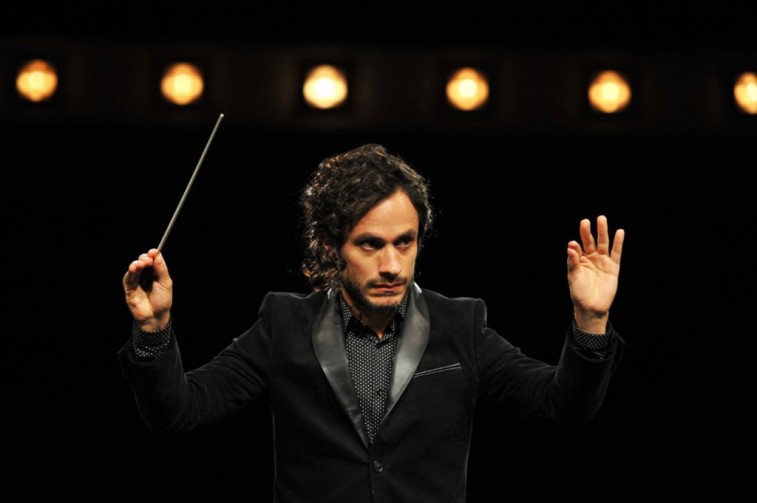 Mozart in the Jungle | Amazon

The comedy drama, inspired by the memoir Mozart in the Jungle: Sex, Drugs, and Classical Music, may not be a mainstream hit, but it has certainly made critics sit up and take notice. The series surprised many by winning both the Golden Globe for Best TV Comedy and Best Actor in a Comedy (for star Gael Garcia Bernal) in 2016 and has earned nods in the same categories for 2017. The attention is well-deserved. Though set in a niche world of classical music, the colorful characters and charming performance from Bernal are enough to make it appealing to everyone — even those with no experience in the music genre. Season 1 scored a 95% on Rotten Tomatoes and two seasons later, the series continues to rein in high praise. 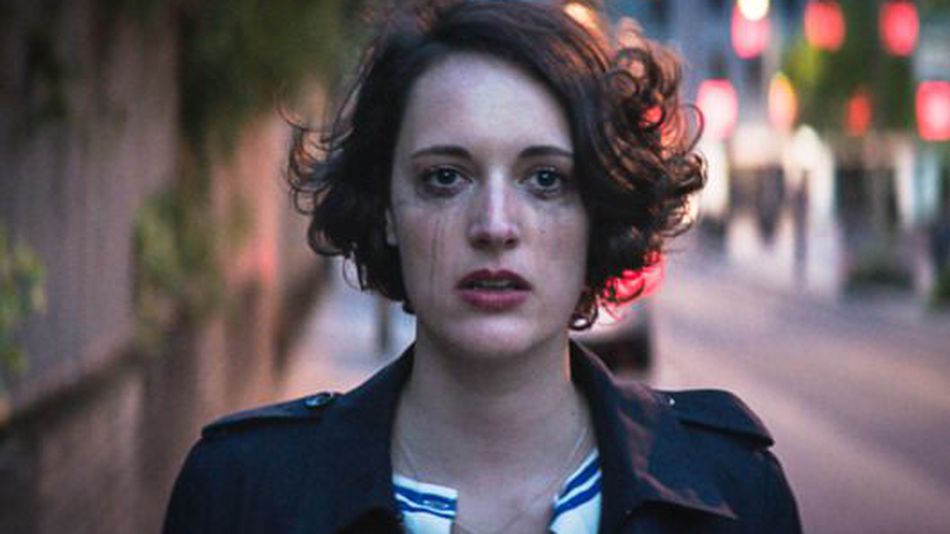 Phoebe Waller-Bridge writes and stars in this six-part comedy, about a young woman attempting to navigate modern life in London. While it may sound simplistic and banal, this show feels remarkably dissimilar to anything else on TV. Relentlessly energetic and wickedly funny, the series delivers an inventive and disarmingly honest portrait of a single woman’s life. If you’re looking for a distinctive voice to counteract all of today’s genre dramas, Waller-Bridge’s black comedy (which has a 100% on Rotten Tomatoes) will more than satisfy. 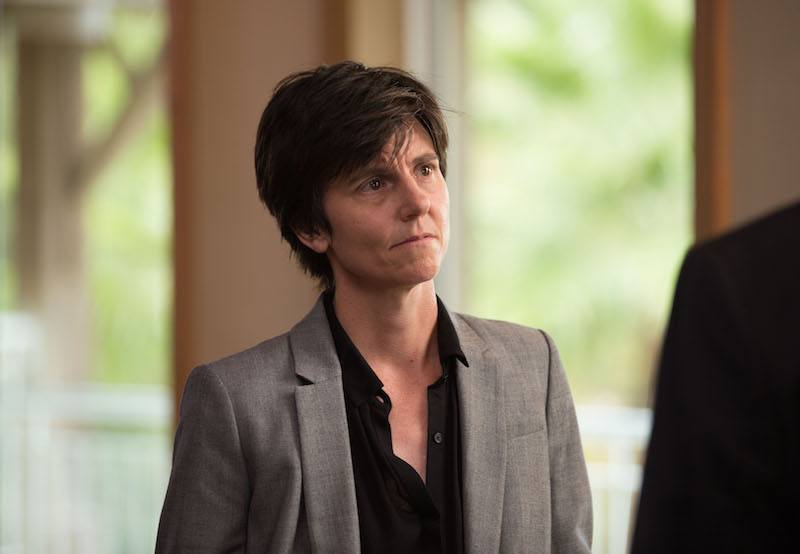 Tig Notaro’s semi-autographical Amazon show was labeled one of the best shows of the year in its 2016 debut — and for good reason. The personal comedy follows a fictionalized version of Notaro as she returns to her Mississippi hometown after the death of her mother. Equal parts moving and heartbreakingly funny, the show has earned rave reviews from both critics and audiences alike (scoring 93% on Rotten Tomatoes). Season 2 of the acclaimed series has already been green-lit and is expected to premiere sometime in 2017.

7. The Man in the High Castle 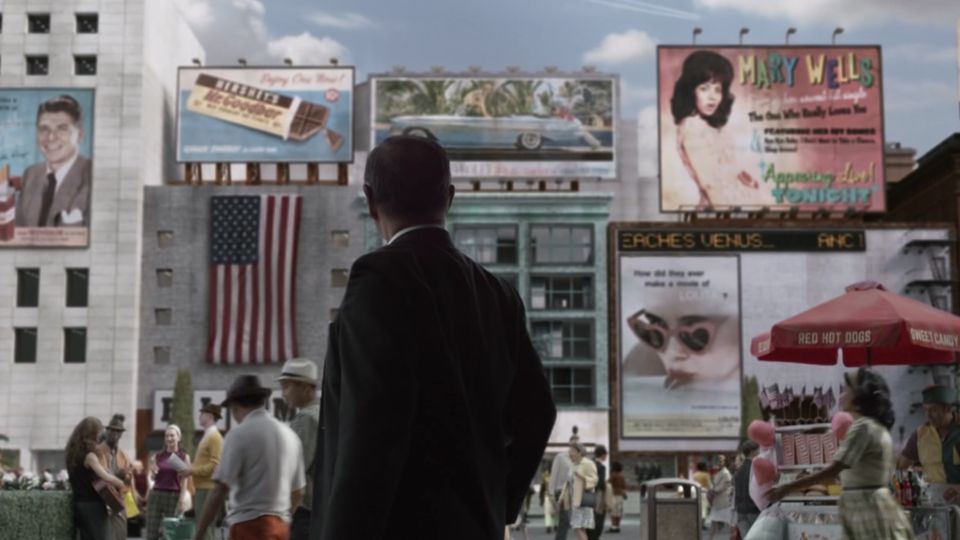 Executive produced by Ridley Scott, this World War II series imagines an alternate history in which the Axis Powers win the war and split the U.S. into two powers, the Greater Nazi Reich and the Japanese Pacific States. The fascinating premise and excellent cast made Season 1 a hit, scoring it critical acclaim (a 95% on Rotten Tomatoes) and one of the most-watched pilots in Amazon history. While Season 2 has earned more mixed reviews, the strong performances and propulsive plot continue, making it one of Amazon’s best original shows to date.

Titus Welliver stars as relentless Los Angeles homicide detective Harry Bosch in this police drama, which marks another excellent entry on Amazon’s lineup. Boasting solid central performances, a gritty tone, and enough suspenseful twists to keep you hooked, the show started off strong in its freshman season and has only continued to improve since. Season 2 earned a 100% score on Rotten Tomatoes (up from 72% in Season 1), with critics calling it a binge-friendly watch that’s “the equivalent of sinking into a good book.” 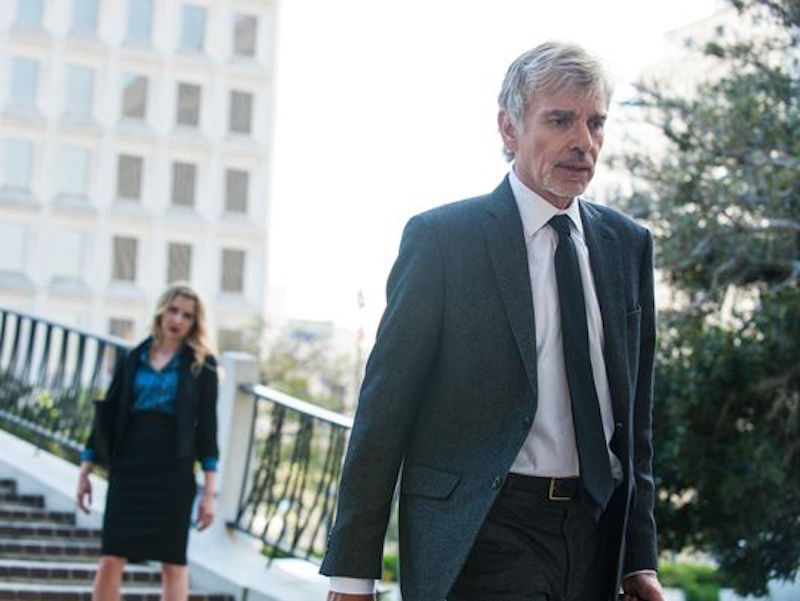 Billy Bob Thornton took home the Golden Globe for Best Actor in a TV Drama in 2017 for his work on this legal thriller, which probably didn’t come as much of a surprise to those who’ve watched it. The actor has earned high praise for his standout lead performance as Billy McBride, a down-and-out lawyer who seeks redemption by taking on a Goliath of a case (get it?) against the firm that expelled him. Though not necessarily a groundbreaker, the series makes for a solid and entertaining drama that’s significantly enhanced by its A-list cast. Season 1 currently holds a 77% on Rotten Tomatoes. 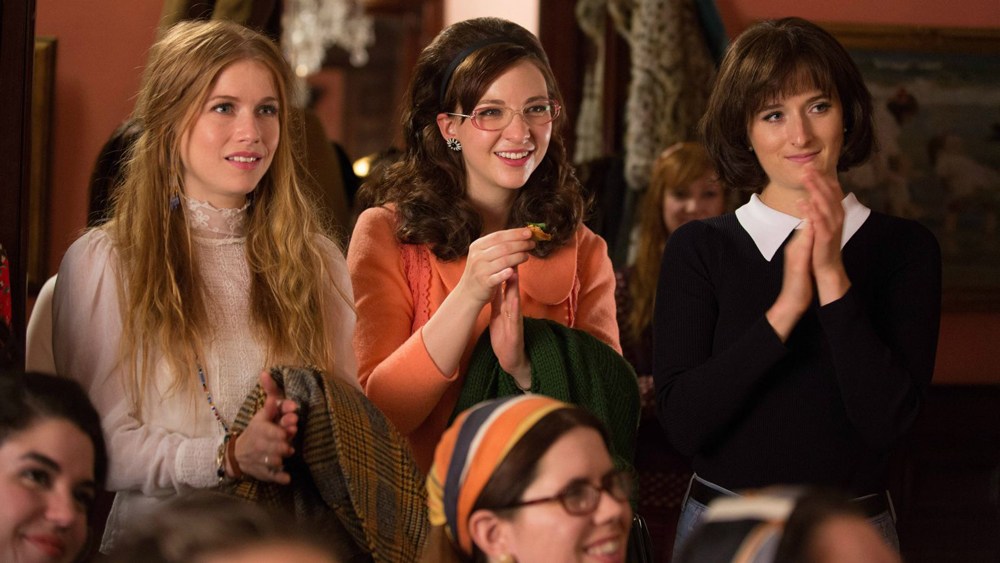 There are many TV shows out there that deserve to get canceled, but Good Girls Revolt wasn’t one of them. Set in 1969, the show told a compelling true story about a group of women fighting against gender discrimination in a newsroom. Though perhaps not on the level of a prestige period drama like Mad Men, the series features a stellar ensemble cast, top-notch production, and a lively, rich script that is all too relevant in today’s political climate. Despite its high potential and decent viewership, Amazon made the surprising move of axing it after only one season. While that may dissuade some viewers from getting invested, the freshman season — which scored a solid 72% on Rotten Tomatoes — makes for an enjoyable binge and is certainly worth a watch.