The couch co-op game has been considered a dying art in modern times, thanks to the rise of online multiplayer gaming. People with fond memories of plopping down next to their co-op partners in the same room and playing on the same TV long for the days when those games were common. The good news is that couch co-op games are coming back. Below are the best local multiplayer games for PlayStation 4.

As for our methodology, we surveyed all of the local multiplayer games listed on Metacritic with exceptional praise all around, and created a composite score including both critic and user ratings (e.g. a game with a 95 critic score and 9.3 user score would receive a 94 composite score). This should give us the clearest picture of how well the games were received overall between the time of release and now. 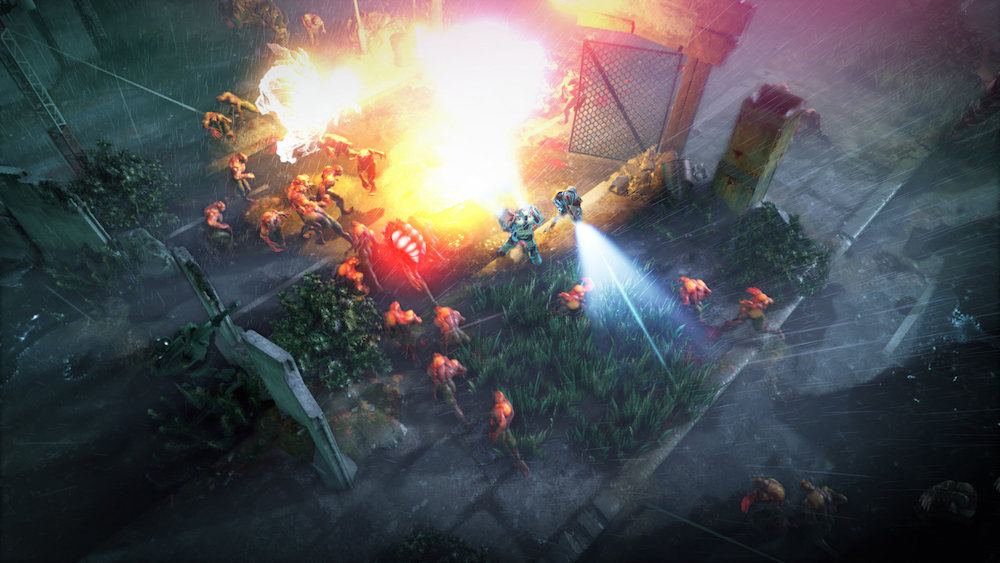 Developer Housemarque is a studio that’s been making exceptional games for years, including Super Stardust HD, Dead Nation, and Resogun. Alienation is a fast isometric shooter that’s drenched in neon. The setup is simple: Aliens have come down from the sky and are wreaking havoc on Earth. It’s your job (along with up to three co-op buddies) to stop them, using an impressive array of weaponry.

Alienation does the co-op games of old one better, by introducing RPG-style mechanics that let you improve your character’s stats to become more powerful through the course of the roughly eight-hour campaign. It all adds up to a gorgeous, addictive local multiplayer experience that just about anyone can enjoy. 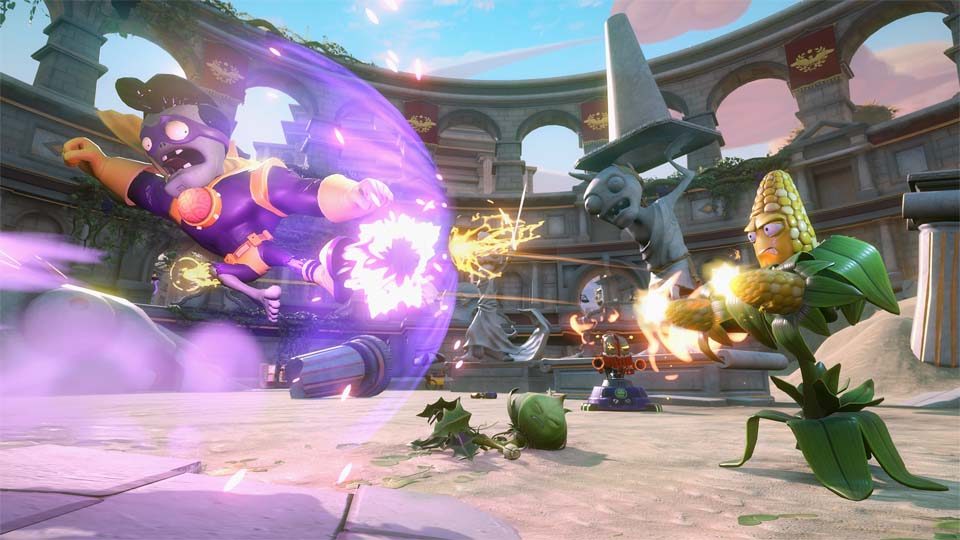 The original Plants Vs. Zombies was a colorful strategy game about using weaponized plants to protect your homestead from shambling zombie hordes. Since plants aren’t big on mobility, you might not think the idea would translate very well into a shooter. You’d be wrong. Like the original 2013 game, this class-based shooter brings fun and frivolity to the normally gritty, grizzled, militarized shooter genre. Which makes it an ideal game for you and a friend to play for some colorful split-screen action. 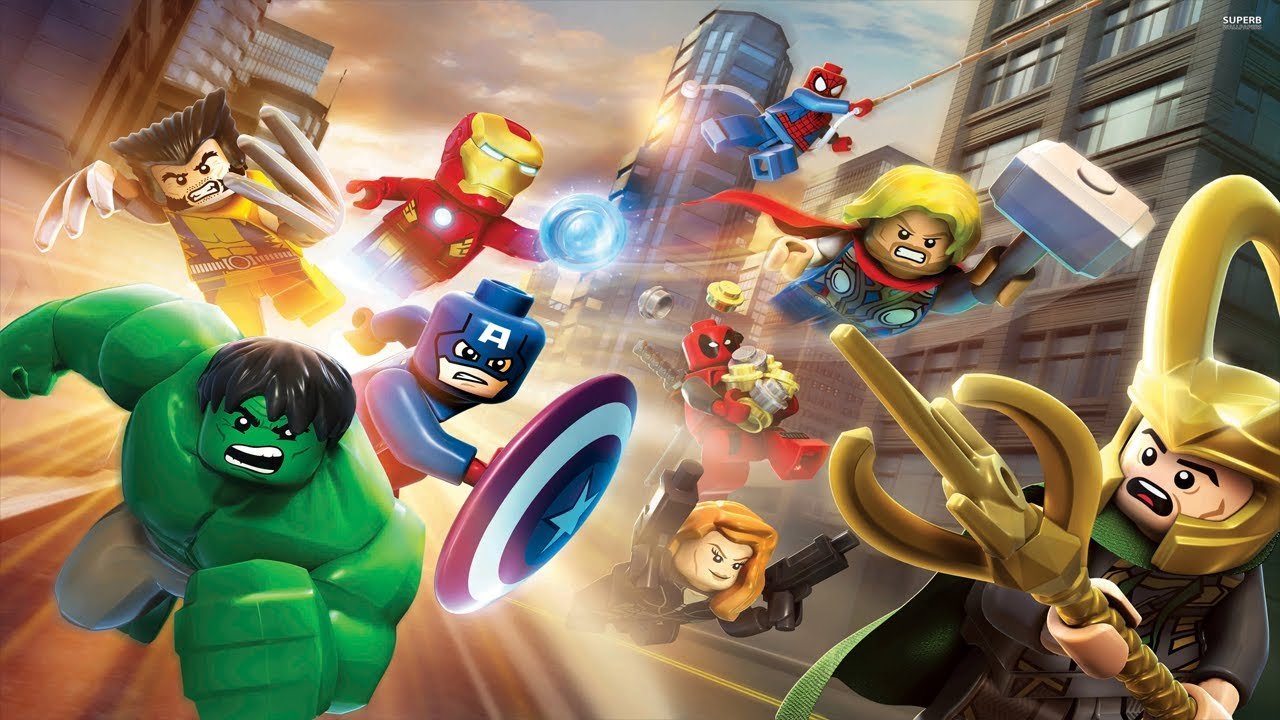 Lego games are always adorable and lighthearted, but Lego Marvel Superheroes also offers an encyclopedic look at the whole Marvel Universe. Scores of superheroes and villains are accounted for here, including the X-Men, Fantastic Four, and the Avengers, plus all the mean mutants and evildoers they love to fight. But the best thing about this game? You and your friends can buddy up to take on the bad guys together. 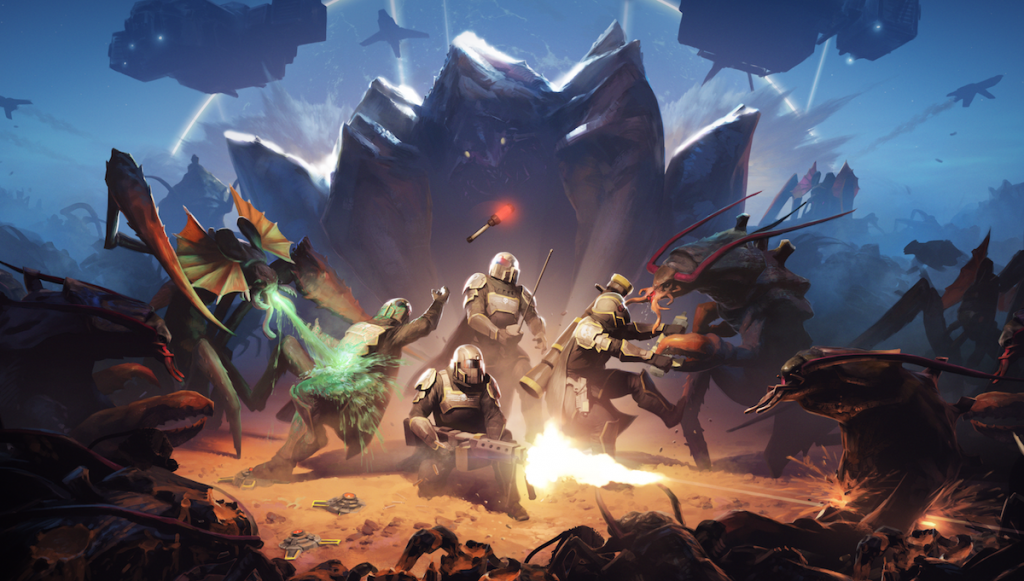 Helldivers is an intergalactic shooter in which you and up to three co-op pals command a squad of futuristic fighters as they blast through waves of aliens. It’s incredibly challenging, but it’s also exhilarating and rewarding, especially if you play it with friends. The graphics are great, offering a top-down view of the action that lets you and your team strategize exactly how you’ll riddle the insectoid baddies with bullets. 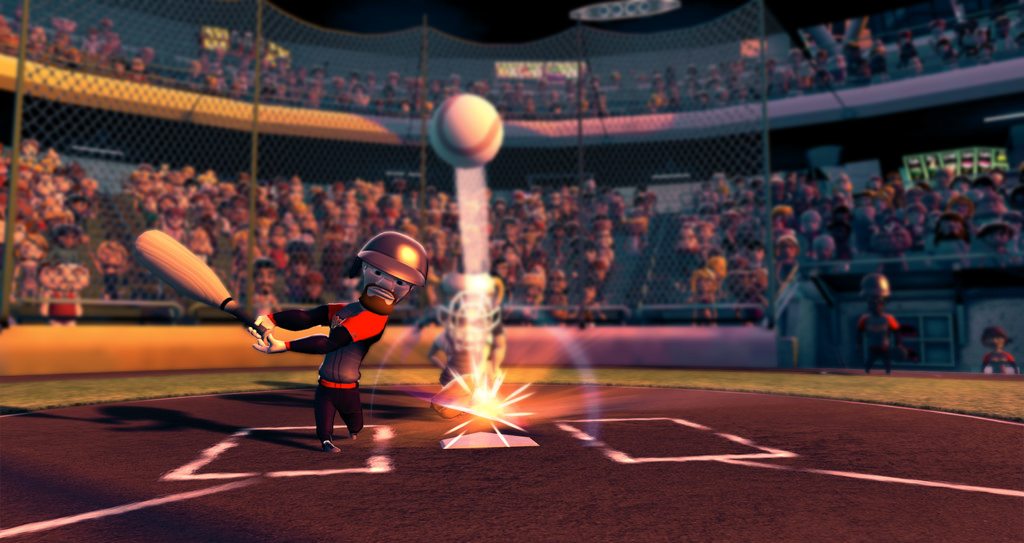 If you grew up playing couch co-op games in the ‘90s, you’ll definitely want to take a look at Super Mega Baseball. This arcade-style baseball game is easier to get into than realistic baseball sims like MLB The Show, but it has a surprising amount of depth that you and a co-op friend will find if you stick with it. That said, the cartoonish graphics and silly sense of humor make it an easy game to enjoy, whether you’re a big baseball fan or not. 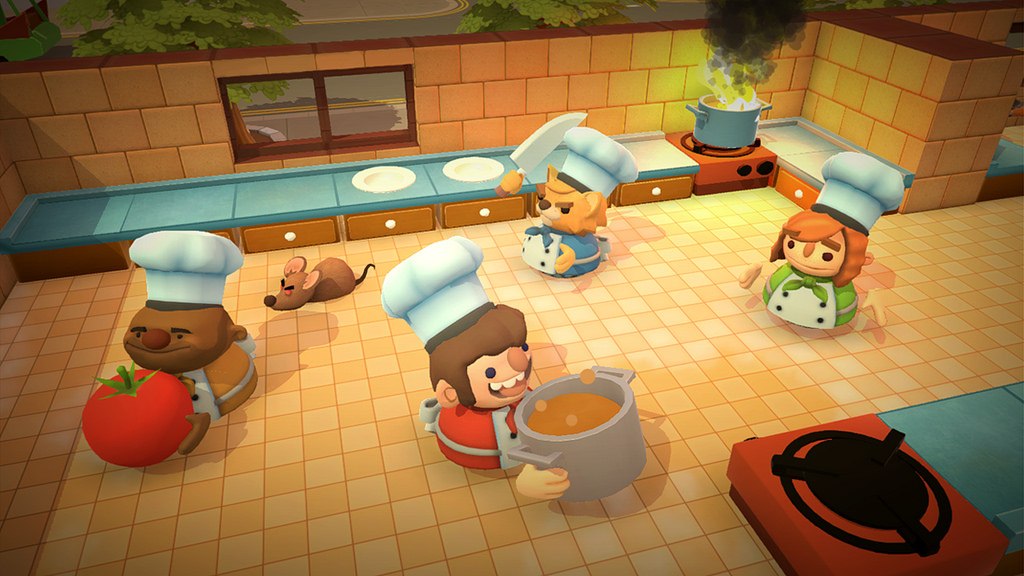 Don’t let the cartoon graphics fool you: This game is tough. You and up to three friends control chefs in a kitchen. No one has pre-assigned jobs, and you have to figure out how to work together to cook up the orders that come in and get them out the door before the customers get angry. As the recipes become more challenging and the creative kitchen environments actively work against you, everyone will be on the edge of their seat, shouting orders and having a blast as you try to get three stars on each level. 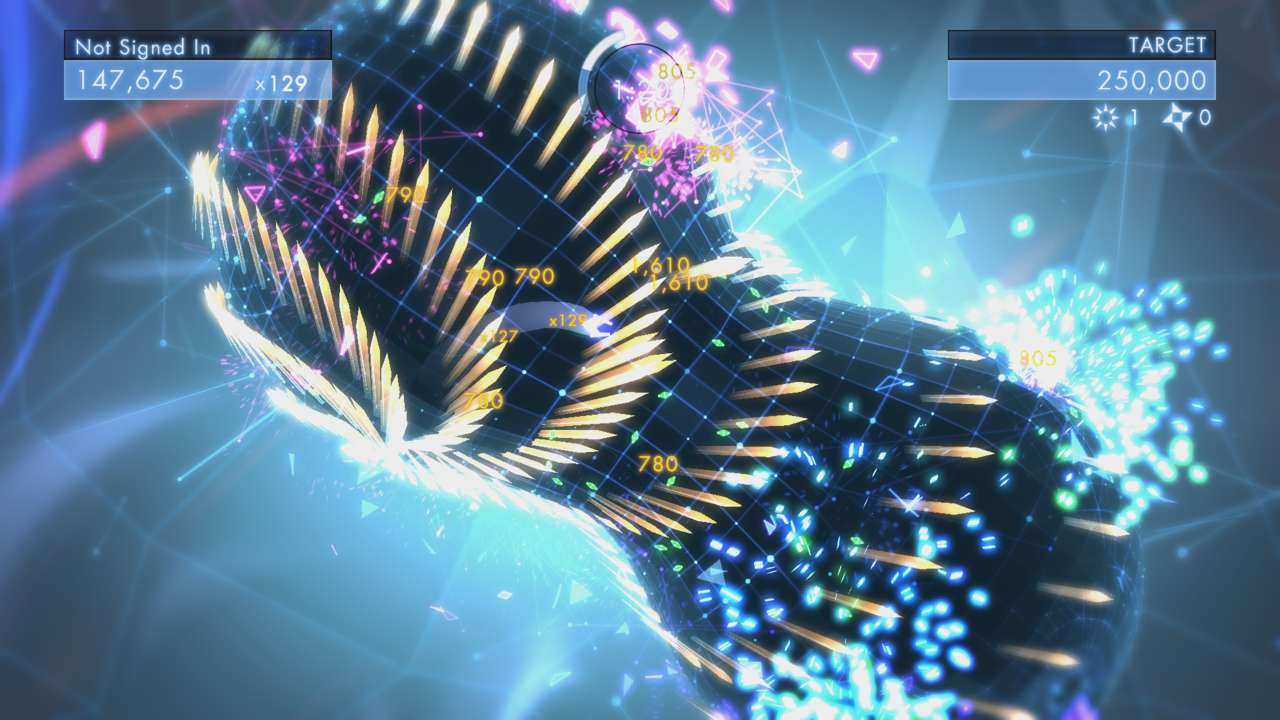 The basic idea of any Geometry Wars game is simple: Fly a ship around on the screen, shoot swarms of enemies, and try to stay alive as long as possible to rack up a high score. What makes it really stand out is the silky-smooth gameplay, pumping techno beats, and killer co-op mode.

This third installment in the franchise offers up the same irresistible gameplay, with more than 50 levels and a handful of new modes. The levels come in a variety of shapes, including three-dimensional ones like spheres, cubes, and capsules, that you can circumnavigate with your ship. If your friends like twin-stick shooters, give it a try. 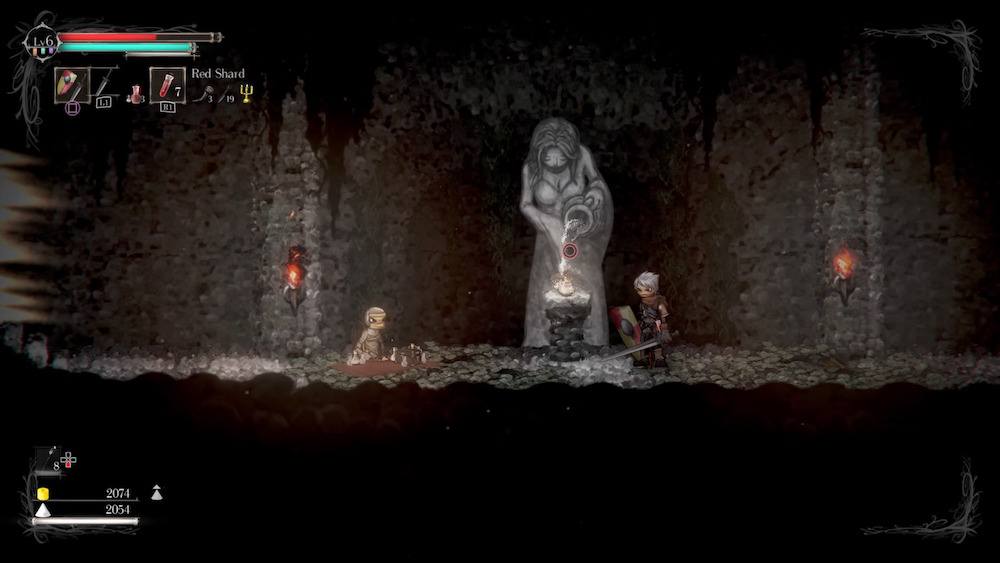 Billed as a side-scrolling version of Dark Souls, this hack-and-slash game has you play as a shipwrecked sailor who washes up on a mysterious and dangerous island. To survive, you have to take down all kinds of baddies both big and small by observing their attack patterns and striking when the iron’s hot. Just be careful when playing in co-op mode, because when two players are onscreen, the enemies get both a health and damage boost. 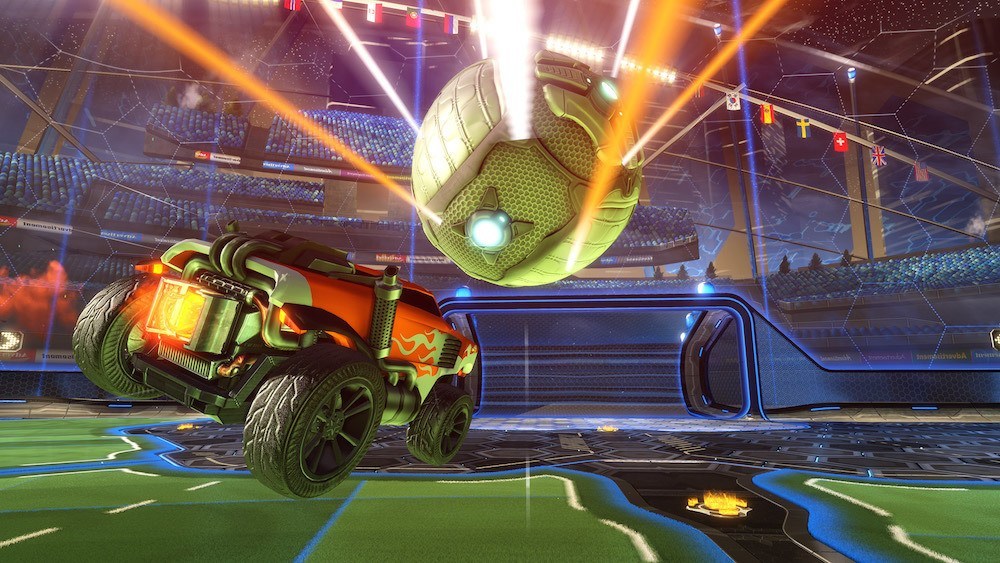 It’s an apt description, but Rocket League is a lot more than just “soccer with cars.” It’s an arena soccer game that pits teams of cars against one another as they try to boost a giant ball into their opponents’ goal. Thankfully, this full-fledged and credentialed eSport game also supports couch co-op, so you can just hand a controller to a buddy and get your game on. 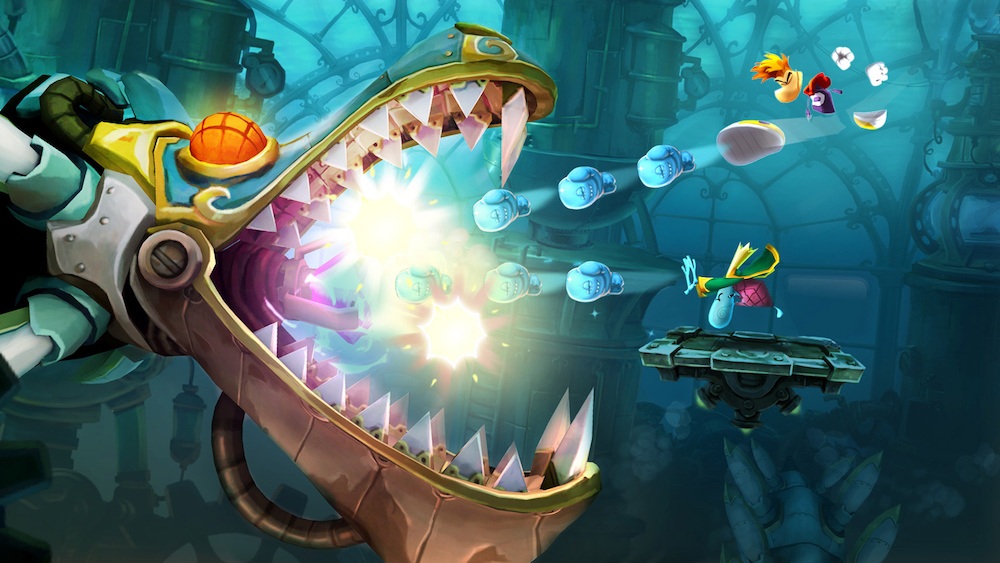 The goal of Rayman Legends is always to make your way from point A to point B, but what you’ll find in between is always equal parts bizarre and charming — whether it’s a tickle monster, a giant luchador, or the song “Eye of the Tiger” being played on a kazoo. If that doesn’t brighten your day, nothing will. Up to four players can leap around on the screen at once in this game, creating some of the most off-the-wall hilarity you’re likely to find in any other game on PS4.