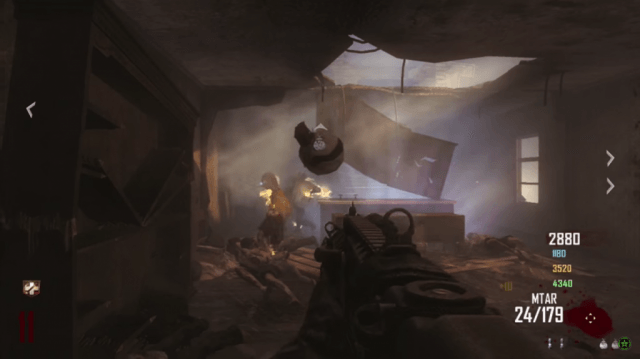 From Fallout to Halo and beyond the world of play-throughs, this week produced a ton of new content to keep you occupied while you’re away from your console. See others play the best new games, watch some glitchy experiences you’ll never be able to replicate, and learn a bit more about the cryptic world of game streaming.

New game releases generate a lot of excitement — and not just for the novelty of a new release. The debut week(s) of a new title always afford some hilarious glitches, and Achievement Hunter’s Fails of the Weak series rounds up the best of the best. This week’s list includes Assassin’s Creed Syndicate and Halo 5 fails. Hopefully the coming patches and fixes won’t ruin the “WTF” experience for the rest of us — I’ve always wanted to defy the laws of physics.

You knew Fallout 4 was going to generate a lot of videos. For those of you who won’t be getting the Pip-Boy Edition (or any edition) anytime soon, we made a ton of videos to give you a taste of what’s expected. Maybe you love spoilers, maybe you won’t be buying the game, or maybe you want someone else to do the decision-making for you. Whatever your reason for wanting a walk-though, this one keeps chatter and spoilers to a minimum — sometimes you want to watch the game unfold without some jack wagon talking over the narrative — so you can enjoy one of the most anticipated games of 2015. If those five-plus hours of Fallout 4 gameplay footage aren’t enough for you, we’ve got even more in this playlist.

Black Ops 3. Zombies. You’ve been waiting and waiting, and even once you get your hands on the game, the Juggernog-filled grind through dozens of waves of the undead is just too much to bear, even with all the right perks. Strategy might be your best ally in surviving the horde, so check out this surprisingly casual dude’s play-through on single player. NoahJ456 might be too casual in his three-hour attempt at progressing some Easter eggs, but you’ve got to admire his stamina. I’m still two games back on wave three, crying in the corner.

No, this isn’t technically video game play-though. But every once in a while you need a little sly commentary on all the game critics out there (us included) who rip on redundancy in new titles. Mario hasn’t made decades of a career from innovation. Sure he’s changed with the times a bit, but gimmicks and new technology aside, he’s still a high-jumping Italian plumber with mad parkour skills. Anyway, watch him discuss the state of Call of Duty with Luigi in this great Dorkly short. We’d love to see these guys on a weekly talk show, but they’re a little too busy saving that darn princess over and over again.

Everything you wanted to know about streaming

Ever wondered what you need to stream video games? Curious about how to make a living off of it? The short answer is good luck, but the longer answer might be found in this new series by Twitch personality Professorbroman. Broman has hundreds of thousands of followers, mostly for his Destiny channel. He’s charismatic, funny, and entertaining. You may not be any of those things, but at least you can see some of the hardware he uses and get some tips. It’s a good resource if you’re trying to figure out how people do this, and an even better one if you have tons of questions that keep you from following that gaming-for-a-living dream. Spoiler alert: There’s no magic computer that’ll make it work for you. You’ve just got to be awesome.