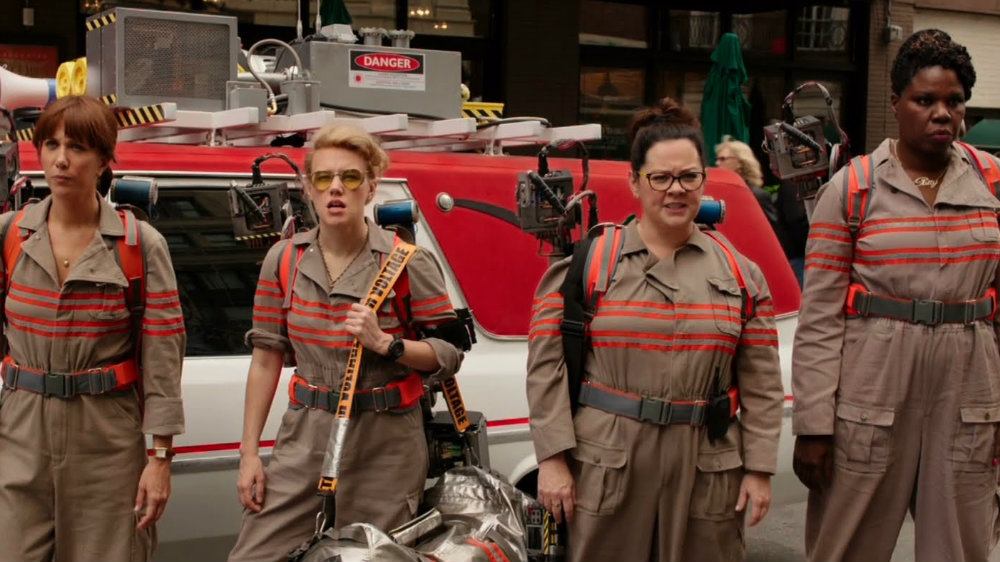 Many have claimed that 2016 was a poor year for movies (including some films that literally have no reason to exist at all), and seeing as several of the biggest moneymakers have earned divisive reactions from both critics and fans, it’s easy to see why some may feel this is the case. However, even though some of the year’s biggest hits may not have delivered wholly satisfying cinematic experiences, even amidst the darkness there is light. Some of the most maligned films of the year featured sequences that audiences are unlikely to forget anytime soon.

Today we’re taking a look at some of the best movie moments 2016 had to offer. For the record, our list is not all-inclusive and centers more on films that are best defined by a single standout moment. So don’t expect to see many of the year’s most acclaimed films — such as awards frontrunners Moonlight, La La Land, and Manchester by the Sea — on here, since they present a more continuous level of quality than our selections here.

We know, we know. Few films proved as controversial as director Paul Feig’s reboot of the beloved 1980s franchise. However, for all the advance hatred the film received, the finished product isn’t nearly the travesty it’s assumed to be, especially when it comes to Kate McKinnon’s breakout performance as eccentric scientist Jillian Holtzmann. This scene — in which she lays the smackdown on a group of ghosts — is easily the film’s most exciting, making excellent use of the iconic theme song in the score.

Dan Trachtenberg’s pseudo-sequel to the 2008 found footage monster movie is chockfull of deliciously edge-of-your-seat scenes. Mary Elizabeth Winstead proves she is one of the most underrated actresses working today, but John Goodman owns the film as the unpredictable Howard, whose instability really comes to a head during an uncomfortable board game. Pure gold.

8. The Sisters attack, Kubo and the Two Strings

Laika Animation has never before delivered as visually dazzling a film as this fantasy adventure — set in ancient Japan — which follows the titular hero on a quest to evade witches and ultimately face off against the dreaded Moon King. Though the film features a number of breathtaking sequences, the one in which the hero’s mystical aunts attack in a fearsome battle with the monkey tasked to protect Kubo, sticks in our mind the most.

Horror aficionados were left divided by Robert Eggers’ unsettling directorial debut. However, most can agree that the goat that may or may not signify a demonic presence among the Puritan family will linger in our minds for a long, long time. Say what you will about the film’s propensity toward slow-burn psychological terror, but it does manage to make viewers seriously second guess ever going to a petting zoo again.

While we very nearly put Dwayne Johnson’s catchy Moana tune “You’re Welcome” in this spot, Zootopia stands out as the more relevant — and therefore meaningful — of the year’s two Disney Animation films. Touching on themes like prejudice and discrimination, the social commentary runs deep in this one, and no moment captures its impact more than the one in which Judy Hopps realizes she may not be as pure-hearted as she thought.

Forget all that “Marvel versus DC” nonsense. Whether you hate director Zack Snyder’s film or stand as one of its staunchest defenders, one aspect of the movie that we can all get behind is Gal Gadot’s Wonder Woman. With minimal screen time, the Fast and Furious actress breathes life into the Amazon princess, and we defy any self-professed superhero fan to not get excited when she joins the “World’s Finest” in battle during the film’s climax.

More than any other film released in 2016, writer and director John Carney’s coming-of-age musical — following a young Irish boy who starts a band in the hopes of winning over a girl — captures the power of pure cinematic joy. In a year so marked by negativity and divisiveness, Sing Street focused on optimism, inspiration, and the possibility of better days ahead. No scene encapsulates those themes like this one.

This film was far and away the best example of thought-provoking science fiction to hit theaters in 2016. Offering a fresh spin on the age-old alien invasion tale, director Denis Villeneuve touches on so much in his film. However, it’s that pivotal moment (no spoilers here!) where Amy Adams’ Louise finds herself meeting with a Chinese general that the true nature of the plot comes together.

When director Gareth Edwards’ film was announced, fans weren’t sure what to expect from the first standalone Star Wars film. The movie itself has garnered a positive response from fans and critics, but the one moment no one can stop talking about is the one in which Darth Vader unleashes his full power on a group of Rebel soldiers in his pursuit of the Death Star plans. Anyone who ever questioned why he’s one of the most iconic movie villains of all time — and the most feared man in the galaxy — need look no further.

Not since The Avengers has the Marvel Cinematic Universe so perfectly translated the spirit of unbridled enthusiasm from page to screen. Although the personal stakes are higher in the third-act showdown between Iron Man, the Winter Soldier, and Captain America, this epic smackdown — which involves nearly all the established MCU heroes, including new additions, Black Panther and Spider-Man — is arguably the best bit of comic book movie action ever put to screen. No sequence in 2016 elicited quite as much fun and crowd-pleasing buzz as this one.