The 10 Best Movies Coming to Netflix in September 2018

Netflix has become increasingly focused on its own original content, with the streaming service’s selection of movies that they didn’t create becoming a lot sparser recently. Still, Netflix does usually add a decent number of great films each month, which subscribers should be sure to watch before the deals with all of these individual studios inevitably expire.

A bunch of films are coming to Netflix in September, so what are the best ones that subscribers should definitely watch or rewatch? Let’s take a look. Note: we won’t be including Netflix originals; you can read about those here.

Jim Carrey stars in this great comedy about a man who is given the powers of God for one week. The film goes to all of the goofy places you would expect with Carrey and that premise, but it also mixes in a fairly serious romantic subplot with Jennifer Aniston that you may either find cliche or tremendously affecting.

The movie also features a phenomenal performance by Steve Carell as Evan, the co-worker who Carrey’s character can’t stand (and who later got his own spin-off). One particular scene is without a doubt among the best of Carell’s career; anyone who has seen the film will know which one that is. If nothing else, after watching Bruce Almighty, you’ll never think about the word “beautiful” the same way again.

The first of the month will be a great day for comedy fans, as Groundhog Day is going up on Netflix the very same day as Bruce Almighty.

Chances are, you don’t need a refresher on the plot of Groundhog Day; the idea of a character reliving the same day over and over has become an entire genre in and of itself since the film’s 1993 release. It’s as hilarious as you’d want a Bill Murray comedy to be, but it’s also so much more than that, and it really goes to some interesting places in the third act.

Now that the film will be on Netflix for the foreseeable future, you can feel free to watch it over and over again.

Also being added on the first of the month is the 1983 Brian De Palma classic Scarface.

Al Pacino stars as the head of a drug cartel, Tony Montana, in this remake of the 1932 film. Surprisingly, the critical reaction to this insane movie was somewhat negative when it was first released, but the public’s perception of it has changed over time, and it’s now considered to be one of the greatest crime movies, or movies of any kind, ever made.

Be sure you have plenty of time to spare before starting the film, though, which is close to three hours long. 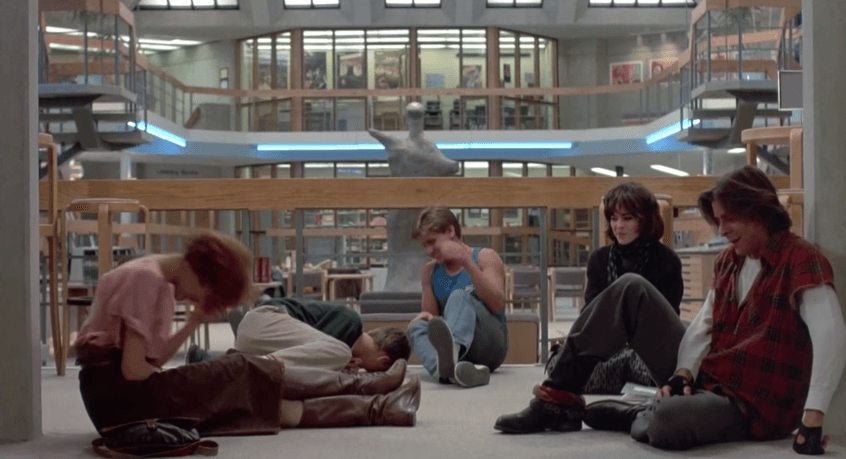 If you were making a list of the most influential and iconic movies of the 1980s, The Breakfast Club would definitely deserve prominent placement. The poster alone is frequently parodied, including recently by the cast of Wonder Woman 1984.

Written and directed by John Hughes, the film follows five teenagers who bond while spending their Saturday in detention. Unlike some of Hughes’ other films, it has aged fairly well and is still considered by many to be one of the best films of the decade. If you’ve never seen it before, expect to start noticing references to it in pop culture almost constantly afterward.

Clint Eastwood’s 1992 film Unforgiven was considered so good that critic K. Austin Collins later argued that it essentially ended the entire genre, arguing for The Ringer that “it’s the last and best Western of [Eastwood’s] career, and one of the best movies that Eastwood, as a director, has ever made. He closed the book on the genre. Twenty-five years later, we’ve yet to truly reopen it.”

In addition to directing, Eastwood stars in the film as an outlaw who takes on one last job. Also starring are Gene Hackman, Morgan Freeman, and Richard Harris. The film ended up taking home the Academy Award for Best Picture, with Eastwood winning Best Director and Gene Hackman winning Best Supporting Actor. 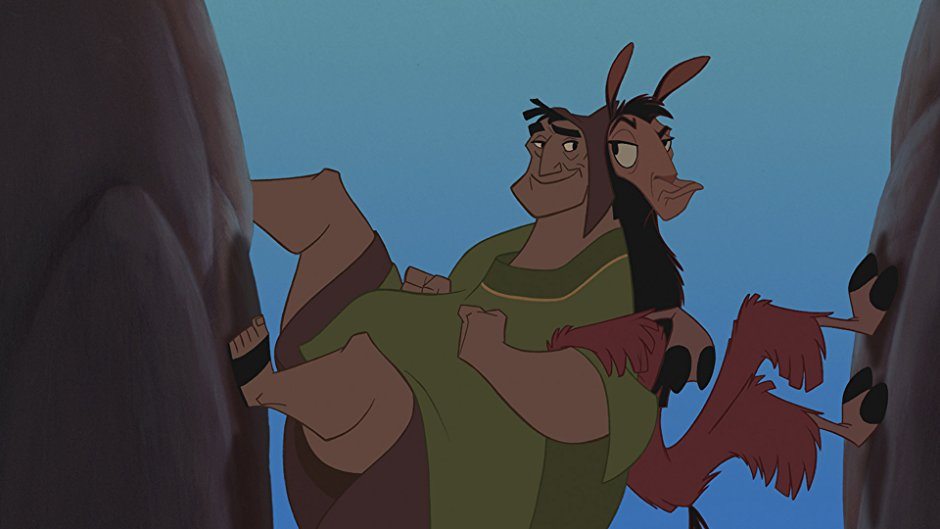 We don’t often talk about The Emperor’s New Groove as one of the best animated Disney movies ever made, but we really should. In this 2000 movie, David Spade voices the lead character of Emperor Kuzco, a narcissistic emperor who is taken down a peg when his former advisor turns him into a llama. You know, that old story.

Offering a non-stop barrage of quotable lines and meta jokes (“By all accounts, it doesn’t make sense”), the film may not be the absolute finest animated movie Disney has to offer, but it’s perhaps the funniest and most rewatchable. 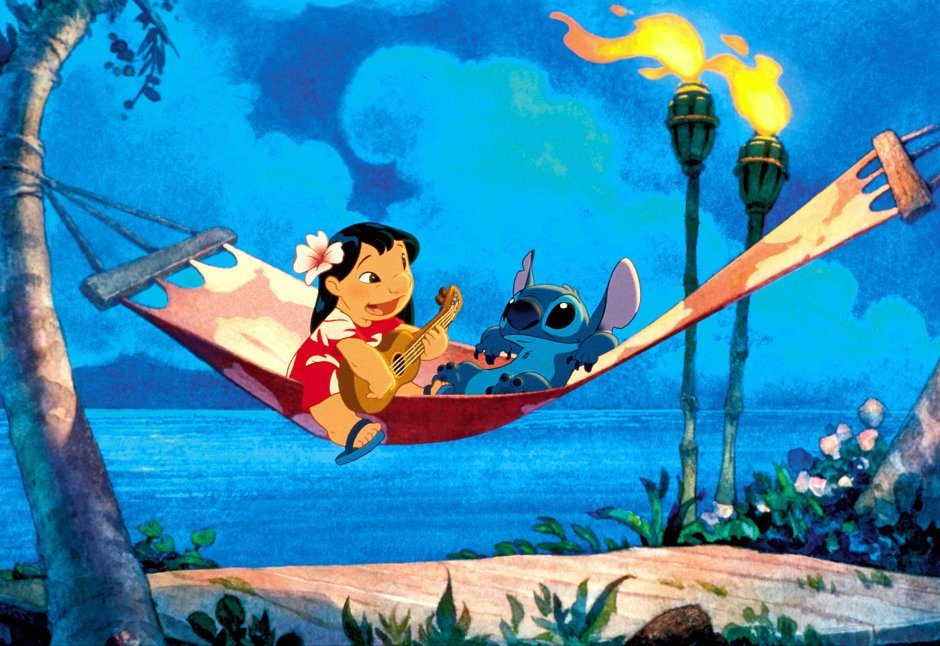 September 2nd is a good day for Disney fans, as in addition to The Emperor’s New Groove coming to the service, so is Lilo & Stitch.

Like The Emperor’s New Groove, Lilo & Stitch also isn’t generally remembered as one of the great Disney films; both exist in this nebulous period after Disney’s 1990s golden era but before its full comeback going into the 2010s. But the movie, in which a young Hawaiian girl befriends an alien, is still remembered fondly by anyone who grew up in the early 2000s, and even for adult Disney fans who might not have caught it when it came out, it’s worth checking out.

Netflix’s deal that entitles them to every new Disney release expires in 2019, so subscribers should take advantage of it while they can. On September 4th, the streaming service will be getting the biggest movie phenomenon of the year so far, Black Panther.

A part of the Marvel Cinematic Universe, the film follows the king of a fictional African nation whose place on the throne is challenged by an outsider. It’s both highly entertaining as a superhero movie but also emotionally affecting as a family drama, and it speaks to the black experience in a way we rarely see in major blockbusters.

Seven months after its release, Black Panther remains the highest grossing film of 2018, and no upcoming movie looks like it has a chance to unseat it. If you somehow missed out on the phenomenon, now’s the time to finally get in on the fun. 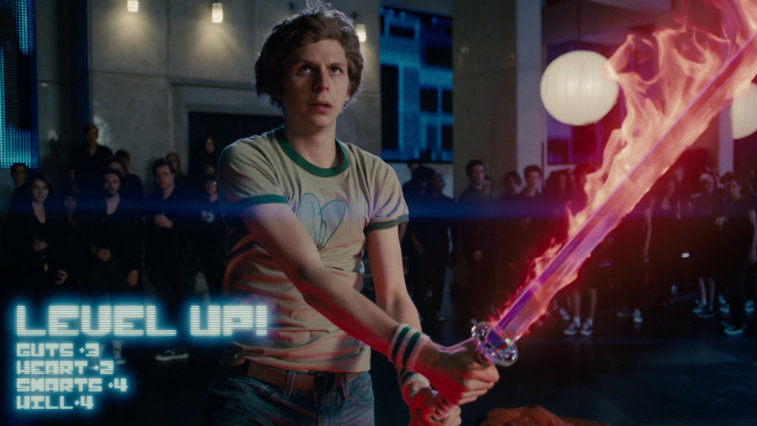 The weird logic of video games and musicals blend together in the delightfully bizarre 2010 action-comedy Scott Pilgrim vs. the World, which follows a young man who must fight his new girlfriend’s seven evil exes in order to continue dating her.

Scott Pilgrim crackles with energy in a way we have rarely seen before or since. Even normal conversations are peppered with sound effects, on-screen graphics, and cartoons, and the camera wildly swings between every scene at a pace that feels specifically targeted towards a generation who grew up on comic books and video games. Wright has described the movie as a musical where instead of breaking out into song, the characters break out into fights, and that’s fairly accurate – although occasionally, they break out into songs, too.

Some aspects of the film are already a bit dated, but it mostly holds up almost a decade later, especially because of the cast of stars who have become significantly more famous in the intervening years, including Chris Evans, Brie Larson, Anna Kendrick, Mary Elizabeth Winstead, Aubrey Plaza, and Alison Pill.

One of the most critically-acclaimed horror films of the past few years, 2016’s The Witch is headed to Netflix just in time for subscribers to start gearing up for Halloween.

From director Robert Eggers, the film takes place in 1630s New England and revolves around a family torn apart by witchcraft. Anya Taylor-Joy excels in a magnificent first-time performance that helped launch her career; you may have since seen her in movies like Split and Thoroughbreds.

This is one of those extremely subtle, laid-back horror movies that is rarely overtly scary in the way that something like The Conjuring is; there are basically no jump scares. Instead, it’s more about getting under your skin with its atmosphere and mood in the way something like The Babadook does. For that reason, some audiences come away feeling it’s not scary at all, while some will feel it’s the scariest thing they’ve ever seen. It all depends on your personal taste in horror, but even if you don’t fall into the latter category, you’ll at least come away admiring the gorgeous cinematography and memorable performances.