16 Best Movies to See in Theaters This Holiday Season

The holiday season always brings a slew of big titles to movie theaters and this year is no exception. Between the release of long-awaited adaptations like Fantastic Beasts and Where to Find Them and Assassin’s Creed, the anticipated next Star Wars installment, and several animated flicks, film buffs should get ready to spend even more time in theaters than usual over the next few months. Here are 16 of the best movies to check out this season.

Doctor Strange will be the first new character introduced in Marvel’s Phase Three, which kicked off this year with Captain America: Civil War. The movie, starring Benedict Cumberbatch and Rachel McAdams, will follow Doctor Strange as he is driven to desperate measures to try and heal himself after his hands are left too damaged from an accident to perform surgery. He eventually turns to magic and the discovery of the mystical arts ultimately earns him the Sorcerer Supreme moniker. From the sounds of it, the movie is living up to its name and shaping up to be one of Marvel’s most unconventional films yet.

Directed by Denis Villeneuve, the sci-fi drama is based on Ted Chiang’s short story, “Story of Your Life.” The movie follows the events that occur after multiple mysterious spacecrafts touch down across the globe. An elite team is put together to investigate, including linguist Louise Banks (Amy Adams), mathematician Ian Donnelly (Jeremy Renner), and U.S. Army Colonel Weber (Forest Whitaker). As mankind teeters on the verge of global war, the team must race to unravel the mystery behind the extraterrestrial visitors.

3. Fantastic Beasts and Where to Find Them, November 18

Those missing the world of Harry Potter don’t have to wait too much longer to return to the beloved universe. This anticipated spinoff stars Eddie Redmayne as Newt Scamander, an eccentric “magizoologist” wizard who travels to New York with his trusty weathered case — a magical device carrying a collection of rare magical creatures. Once he arrives, he discovers that the threat of public exposure of wizards is an even graver concern than in the U.K.

4. Manchester by the Sea, November 18

The critically acclaimed drama stars Casey Affleck as Lee, a man who is suddenly made the legal guardian of his nephew (Lucas Hedges) after his brother (Kyle Chandler) dies. Upon returning to his hometown, Lee has to face the community he left behind, including his ex-wife (Michelle Williams). Directed by Kenneth Lonergan, the movie has earned overwhelmingly positive reviews and is considered a strong Oscar contender.

Disney’s latest film will introduce its new princess, Moana from Motunui Island. A born navigator, Moana sets sail from Polynesia in search of a fabled island of mysterious secrets. During her journey, she teams up with her hero and legendary demigod, Maui. Auli’I Cravalho, Dwayne Johnson, Temuera Morrison, and Nicole Scherzinger lend their voices to the animated flick, which features songs co-written by Hamilton‘s Lin-Manuel Miranda.

Natalie Portman may find herself in the Oscar race for her portrayal of Jacqueline Kennedy in this biographical drama, chronicling Jackie’s days as the First Lady in the White House and her life after the assassination of her husband, President John F. Kennedy. The movie focuses on Theodore H. White’s Life magazine interview with the widow at Hyannis Port, Massachusetts. Greta Gerwig, Peter Sarsgaard, Max Casella, Beth Grant, and Billy Crudup co-star in the film, which premiered at the Venice Film Festival to rave reviews.

Josh Gordon and Will Speck direct this ensemble comedy that features a star-studded cast, including Jason Bateman, Olivia Munn, TJ Miller, Courtney B. Vance, Kate McKinnon, and Jennifer Aniston. It follows as company CEO Carol Vanstone (Aniston) tries to close the branch of her hard-partying brother Clay (Miller). In an effort to save their jobs, Clay and his Chief Technical Officer rally their co-workers and host an epic office Christmas party in an effort to impress a potential client.

Ryan Gosling and Emma Stone team-up again in this romantic musical, written and directed by Damien Chazelle. The film follows a jazz musician and an aspiring actress as they meet and fall in love in the heart of Los Angeles. But as their success in the industry mounts, the dreams they worked to maintain threaten to tear them apart. J.K. Simmons, Finn Wittrock, Tom Everett Scott, Rosemarie DeWitt, and John Legend co-star in the film, which debuted at the Venice Film Festival to widespread critical acclaim.

Will Smith stars as Howard, a New York advertising executive who retreats from life after suffering a great tragedy. He seeks answers from the universe by writing letters. What he doesn’t expect is for his notes to bring personal responses. Edward Norton, Jacob Latimore, Kate Winslet, Keira Knightley, Helen Mirren, and Michael Pena co-star.

Set in between the events of Episode III: Revenge of the Sith and Episode IV: A New Hope, Rogue One: A Star Wars Story centers on a group of rebel fighters who come together to carry out the mission of stealing the plans for the Death Star. Felicity Jones, Diego Luna, and Riz Ahmed star as the rebel fighters while Ben Mendelsohn plays the primary villain.

Based on the video game franchise of the same name, this adaptation stars Michael Fassbender as career criminal, Callum Lynch. After getting rescued from his own execution, Callum is forced to participate in the Animus Project, where he relives the memories of his ancestor, Aguilar de Nerha, an assassin in the time of the Spanish Inquisition. As he relives the memories, he starts to gain the skills necessary to take down present day enemies. Marion Cotillard, Jeremy Irons, Brendan Gleeson, and Charlotte Rampling co-star in the movie, which expands the video series’ mythology.

The upcoming sci-fi romance brings together two of Hollywood’s biggest stars, Chris Pratt and Jennifer Lawrence. Set on a spacecraft transporting thousands of people to a distant colony planet, the movie follows as Pratt is awakened 90 years too early after a malfunction in his sleep chamber. Faced with the idea of growing old and dying alone, he decides to wake up a second passenger, setting off a unique love story. The film hails from Oscar-nominated director Morten Tyldum.

The upcoming animated musical comedy takes place in a world populated by anthropomorphic animals and centers on a koala named Buster Moon (Matthew McConaughey). Determined to keep his theater from closing down, Buster and his friend Eddie (John C. Reilly) hold a singing contest to raise money. Reese Witherspoon, Seth MacFarlane, Scarlett Johansson, and Tori Kelly lend their voices to the flick, among others. The movie will reportedly feature more than 85 classic tracks from famous artists. 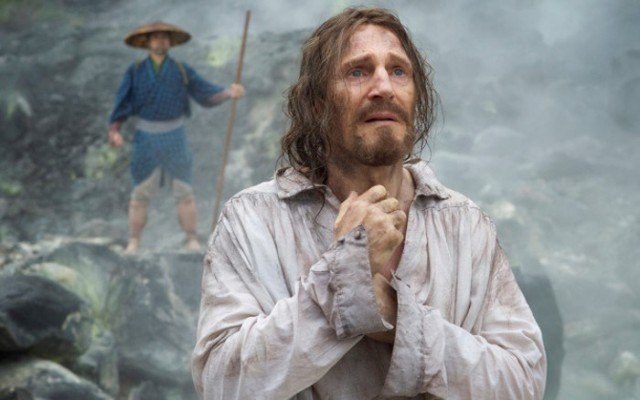 Martin Scorsese’s next project is based on Shūsaku Endō’s 1966 novel of the same name. The historical drama flick will follow two Jesuit Portuguese priests, who face violent persecution when they travel to Japan to seek out their mentor and spread the teachings of Christianity. Andrew Garfield will star as Father Sebastiao Rodrigues in the film, while Adam Driver and Liam Neeson will play Father Francisco Garrpe and Father Cristovao Ferreira, respectively.

The upcoming biographical drama recounts the story of African-American mathematician Katherine Johnson and her two colleagues, Dorothy Vaughan and Mary Jackson, who helped NASA catch up in the Space Race. Thanks to their calculations, John Glenn eventually became the first American astronaut to ever make a complete orbit of the Earth. Taraji P. Henson, Octavia Spencer, and Janelle Monae star in the three central roles, while Kevin Costner, Kirsten Dunst, and Jim Parsons round out the cast.

Ben Affleck writes, directs, and stars in the upcoming crime film, based on Dennis Lehane’s 2012 novel of the same name. Set in the 1920s and 1930s, the story follows Joe Coughlin, the prodigal son of a Boston police captain. After moving to Florida he becomes a bootlegger and a rum-runner and later, a notorious gangster. Affleck will play Coughlin, while Chris Messina, Sienna Miller, Brendan Gleeson, Elle Fanning, and Max Casella will co-star.