The Best Performances From ‘The Voice’ in 2018, and Previous Winners 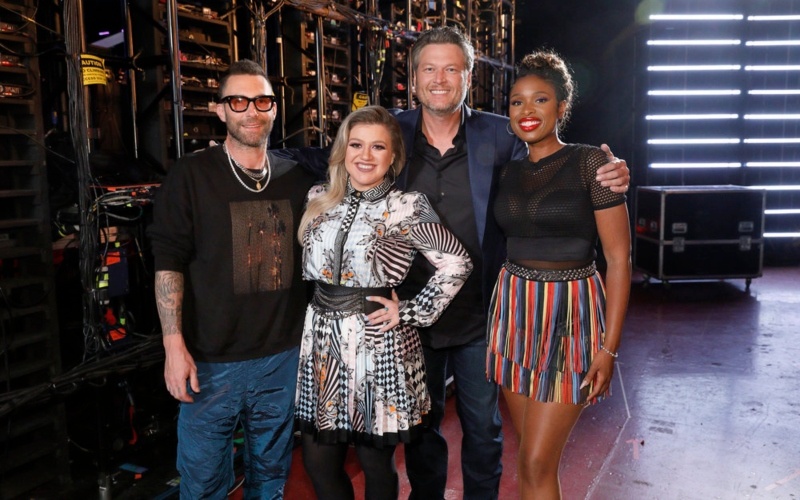 Let’s take a look at previous winners on The Voice and the best performances | Photo by: Trae Patton/NBC

The Voice is now in its 15th season. During this time it has quickly risen to the top of its kind, ranking in popularity with the American Idol craze of the past. Vocalists from all across the country audition to compete against one another to win each season. Winners get the chance of a lifetime to jumpstart their music career.

It all starts with the blind auditions, where contestants are judged solely on their vocal talents and not their looks. If one of the four coaches press their button, the contestant will get a chance to compete. If nobody presses the button, then they are disqualified.

One of the best parts of the show is the all-star coaches. In it’s most recent season, this included Kelly Clarkson, Jennifer Hudson, Adam Levine, and Blake Shelton. Previous judges include Christina Aguilera, Cee Lo Green, Shakira, Usher, Gwen Stefani, Pharrell Williams, Miley Cyrus, Alicia Keys, and John Legend. Only Adam Levine and Blake Shelton have been coaches for all 15 seasons.

The last two seasons have been won by contestants coached by Kelly Clarkson. This season, it was Chevel Shepherd, and in the previous season, it was Brynn Cartelli. This is an ironic (though wonderful) twist, considering Clarkson got her start in singing on American Idol.

There has been an ongoing feud between coaches Blake Shelton and Adam Levine, to see who has coached the most winning contestants. Shelton and Levine are the only two judges who have been with The Voice since it’s inception, and the majority of winners have been coached by one of them. Of 15 seasons, nine have been chosen by one of them. For those keeping count, three were Levine’s contestants, and six were Shelton’s.

Among the best performances came from Makenzie Thomas. She had the audience and judges emotional as she sang her own rendition of Emotion. Her soulful voice was a perfect fit for the song, and Thomas received a standing ovation from the judges at the end of her performance.

Kennedy Holmes – ‘Greatest Love of All’

When Kennedy Holmes hit that high note in her rendition of Greatest Love of All, we’re pretty sure everyone across America was holding their breaths in unison. This specific performance was, undoubtedly, among the top three best of 2018.

When you hear Chevel Shepherd sing Blue, there can be no doubts as to why she won the fifteenth season of The Voice. From the very first note she draws the audience in. The way she holds the notes in Blue are nothing short of phenomenal.

Kymberli Joye gives listeners goosebumps when she sings the gospel song Break Every Chain. The raw emotion she infuses her soulful voice with for this performance made it stand out in the minds of all who watched.