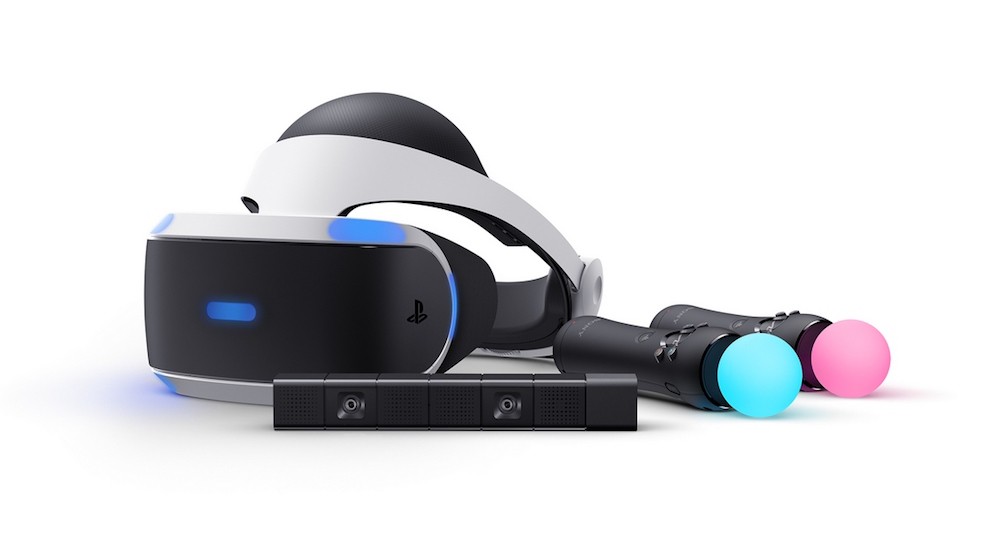 PlayStation VR isn’t cheap, but it’s by far the most affordable of the three major VR headsets you can buy right now. It’s not as powerful as competitors like Oculus Rift and HTC Vive, but it’s a lot easier to set up and use. But like any gaming system, it’s only as good as the games available for it. Here’s a rundown of the best PlayStation VR games you can buy right now.

Probably the most recognizable game available on PlayStation VR is Batman: Arkham VR. As you’d imagine, this game puts you in the boots of Batman, but you’re not exactly the nimble crime fighter you might expect. This game roots you in place, presumably to avoid inflicting nausea on any unsuspecting players. Not throwing up is nice, but it has the effect of making the game feel less dynamic than you might expect from a VR game.

It’s not a big problem, though, because most of your time in the game is spent doing detective work as you try to solve a murder mystery. To that end, you’ll investigate a crime scene, piecing together a virtual reenactment of the murder. Then you follow the trail of the clues, meeting some of Arkham’s most notorious characters along the way.

While it might not blow fans away, Batman: Arkham VR is enjoyable enough, and it serves as a fine entry point for VR newcomers. Plus, it only costs $20, which feels about right for the 120-minute play time. You can squeeze out a little more time if you want to do the Riddler puzzles and Batarang target practice, but don’t expect it to keep you coming back for weeks on end.

This music/rhythm game is dripping with style. You control some kind of futuristic space beetle that races forward along a track, much like the ones you’d find in Guitar Hero or other music games. Depending on what obstacles come down the line, you’ll have to press different buttons in time with the music to stay on track. In other words, it plays similar to other music games, though the VR immersion makes it feel much more intense, especially when you’re squaring off against towering bosses, who can be quite tough. Thankfully, you never get set back too far when you fail, so you can keep trying without too much frustration.

If you’re into puzzle games, SuperHyperCube is one you’ll want to check out on PlayStation VR. You control a cluster of cubes as a wall with a hole in it advances toward you. Your job is to rotate the cluster so it’ll fit through the hole. Each time you do so successfully, another piece gets added to your cluster, making its shape more complex and tougher to fit through the next hole. And if that’s not enough, you have to keep leaning left and right to see around the block to get a glimpse at the hole in the wall. Watch the video above to see how it plays out.

Job Simulator takes place in the distant future, when robots run the show, and jobs are a thing of the past. You’re in a simulator at a job museum that’s designed to illustrate what it was like way back when people had to go to work. You can be an office worker, a mechanic, a chef, or a convenience store clerk.

Whatever job you choose, the robots will give you a number of tasks to complete, like making coffee, fixing a car, or using a cash register. The fun (and hilarious) part is that you can complete these tasks any way you like, flinging things around and generally making a huge mess.

Most PlayStation VR games take place from a first-person perspective. In this game, you’re hovering above the action, controlling the hero by pointing and clicking where you want her to go. You play as a girl whose plane has crash-landed on a mysterious air fortress. Your father, who was with you, is apparently kidnapped in the chaos of the crash. It’s up to you to explore the fortress, solve some simple puzzles, and get your dad back. It’s not a revolutionary game, but it offers an enjoyable three-hour experience that has just enough variety to keep you entertained throughout.

Games that put you in a cockpit feel natural in VR. That’s because you’re generally seated when you play video games. If you want to be immersed in a virtual setting, your character should probably be doing something similar to what you’re doing in real life.

In Battlezone, your character is seated in the cockpit of a futuristic tank, ready to roll into battle. That’s exactly what you do, thanks to missions that have you defend your base against enemy invasions, or withstand waves of attacking enemies. The graphics are colorful and the controls work well, providing a surprisingly immersive experience. The game also features a multiplayer mode for online combat, which should be fun when the game comes out.

7. Until Dawn: Rush of Blood

If you ever played an “on-rails” shooter in the arcade, then you’ll know exactly what to expect from Until Dawn: Rush of Blood. But unlike this game’s PS4-exclusive predecessor, there’s not much in the way of story going on here. You’re simply strapped into a spooky roller coaster and tasked with shooting at targets and mansters as you roll on by.

Before you rush out and buy PlayStation VR, you should know that these are still the early days for virtual reality experiences. Early adopters are taking on a lot of risk by buying in right now. VR as a whole could fizzle and disappear in the coming years, leaving you with an expensive headset and a lineup of so-so games. On the other hand, it could take off in a big way and grow exponentially from here. If it does, you can expect the technology to become much more affordable over time, and the experiences to improve as developers figure out how to design games so they don’t make players nauseous.

Still, there’s something to be said for getting in on the ground floor of a technological revolution. If you buy PlayStation VR now, and VR does take off, you’ll be able to say you were there from the start.