Believe it or not, there’s an art to picking TV shows to watch late at night. To begin with, you never pick a show like Breaking Bad or Mad Men — or really any drama for that matter. These shows follow a serialized story that can pull you away from sleep or force you to go back the next day trying to find where you dozed off. No — in the late night TV-watching world the comedy, and specifically the sitcom, is king with very few exceptions.

So what is it about the sitcom that makes it the perfect vehicle for sleep? It starts with the generally non-serialized format which means you won’t be pulled into an episode to find the conclusion to long-running stories. For the most part, you lose less of the experience simply listening to a sitcom than you would a drama where visuals are often important to the experience, especially now that some of the directing rivals Hollywood movies. And finally, because sitcoms usually revolve around the banter between castmates, it can be a calming experience where you feel like you’re in the presence of friends.

So with that being said, here are the 10 best TV shows to watch late at night if sleep is actually on the agenda.

It’s Always Sunny in Philadelphia follows the ridiculous antics of “The Gang” — a group of friends who run Paddy’s Pub in Southern Philadelphia and continually get themselves into absurd situations due to their selfishness, greed, and inability to empathize with anyone, including each other. While the synopsis makes the series sound like something you’d never want to watch, each character has his or her own specific idiosyncrasies that lend themselves to both the plot and their camaraderie. For the uninitiated, the best description of the show came early in the series’ history when Philadelphia Inquirer reviewer Jonathan Storm said of the series, “It’s like Seinfeld on crack” — a tagline the showrunners liked so much that they adopted it into their marketing. 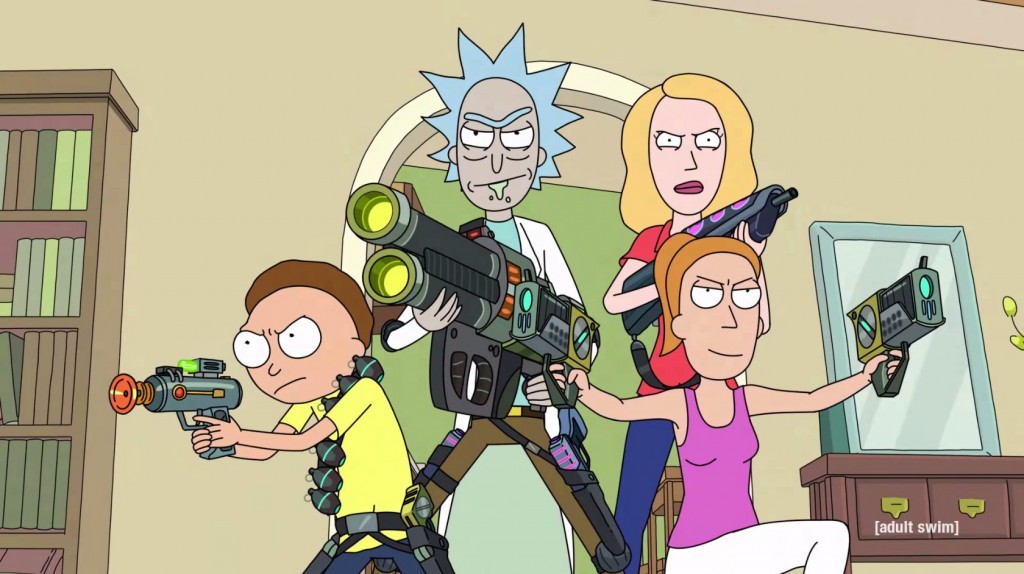 From creators Justin Roiland and Dan Harmon, the animated Adult Swim series Rick and Morty has quickly cemented itself as one of the best animated shows on TV — if not one of the best shows on TV period. The show revolves around alcoholic scientist Rick and his grandson Morty as they navigate inter-dimensional adventures which always snowball to include their family at home. While Rick and Morty has all the classic characteristics of a great animated sitcom, what sets it apart is that the show’s sci-fi elements are incredibly creative and smart with a slow-building serialized story that rewards multiple viewings. 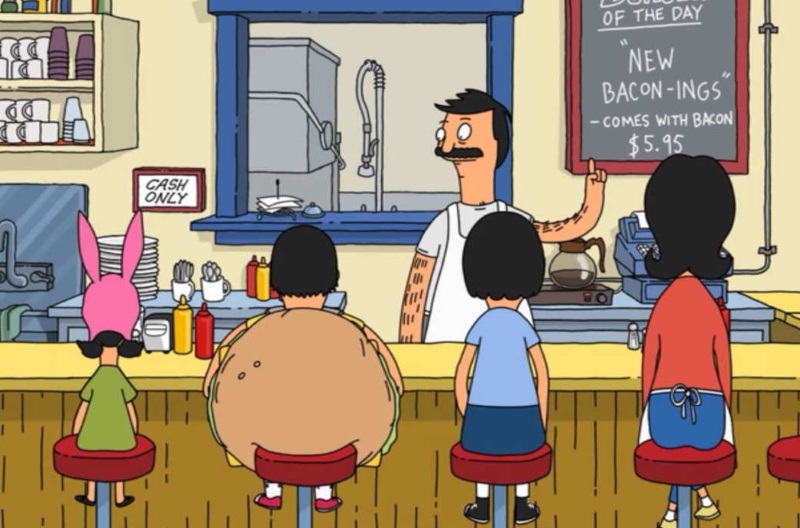 For many late-night viewers, Bob’s Burgers is one of the quintessential TV shows to put on in bed. Created by Loren Bouchard of Home Movies, the series follows the Belcher family which owns and runs a hamburger restaurant, and continually find themselves in sticky situations related to keeping the restaurant afloat or dealing with the daily developments in their small town. The best aspect of Bob’s Burgers for late-night viewing is the fantastic and varying voice acting from the show’s cast of characters who will soon enough feel like family.

4. How I Met Your Mother

How I Met Your Mother | Source: CBS

How I Met Your Mother belongs to a storied line of sitcoms that includes shows such as Cheers, Seinfeld, and Friends. The show follows the lives of a group of friends in New York City who get into all the kinds of hijinks that have come to define the TV genre, while showing the group slowly growing from early adulthood to middle adulthood. With a fantastic cast and smart, relatable humor, How I Met Your Mother is the kind of show where it can feel like you’re falling asleep at a party with some of your closest friends.

It seems counter-intuitive that a series known for it’s amazing visuals is also one of the best for late-night watching, but that’s a testament to the power of David Attenborough’s calming narration in Planet Earth combined with nature recordings just as well-produced as the images. The documentary series is composed of eleven episodes which each look at a specific habitat on earth in stunning high-definition and was at the time the most expensive documentary series ever made by BBC. Once you finish watching Planet Earth, don’t hesitate to catch some of the other BBC series including The Blue Planet and Frozen Planet before the follow-up to Planet Earth is released in late 2016.

If the documentary route is more your style and you’ve given Planet Earth a shot, it’s time to go for the larger perspective: the universe. That’s where Cosmos: A Spacetime Odysssey comes in to play. The 2014 television series is a follow-up to the landmark 1980 documentary series Cosmos: A Personal Voyage presented by Carl Sagan, and is presented by famed astrophysicist Neil deGrasse Tyson as he guides viewers throughout the universe. And once you’re done, don’t hesitate to go back to where it all started with Sagan leading the way. 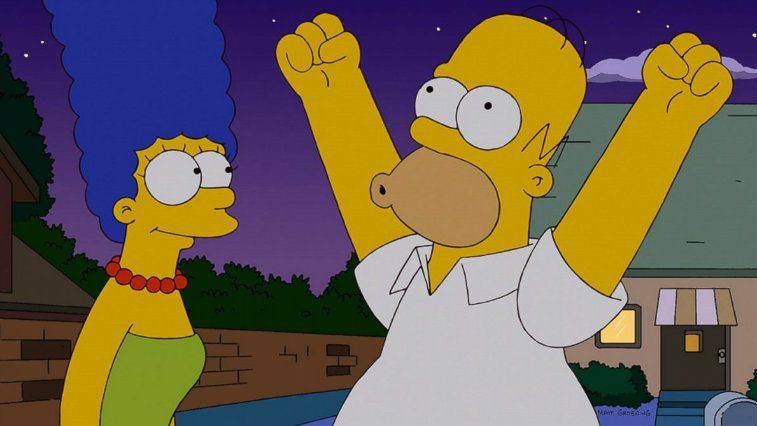 The Simpsons feels like the original late-night series to watch in bed due to many of the sitcom characteristics we talked about before — most notably familiarity and its collection of nearly 600 episodes. With iconic characters voiced by some of the most legendary voice actors in the business, it’s simply one of those shows that makes you feel all warm and fuzzy inside when you put it on. And given that the show has now been on the air for 26 years, hearing the Simpsons family can sometimes feel like listening to your second family.