Beyoncé Is Even More Powerful Than Forbes Says 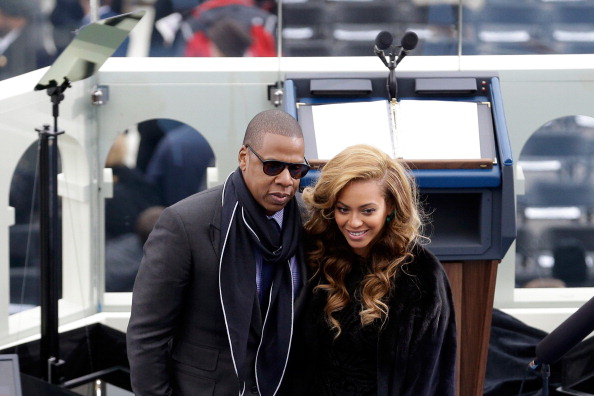 Beyoncé Knowles was named Forbes’ most powerful celebrity on the publication’s annual Celebrity 100 list, which measures celebrities’ power based on money and fame. Beyoncé has certainly had an impressive year, with one huge tour under her belt, another just started, and a massively popular album released in an unconventional format. According to Forbes’ calculations, Bey made $115 million during the measuring period of June 1, 2013 to June 1, 2014.

All that cash comes from Beyoncé’s 95 date The Mrs. Carter Show tour — which saw her making $2.4 million a night — sales of her self-titled fifth album and its platinum single “Drunk in Love,” plus endorsements for H&M and Pepsi, as well as her own fragrances and clothing line House of Dereon.

Bey just started another tour with husband Jay Z — who ranked sixth on Forbes’ list — which only has 20 dates but is significant for being the power couple’s first tour together. The On the Run tour kicked off in Miami on July 25 and will go around the country before wrapping up in Paris in mid-September. The pair announced the tour by posting an epic mock movie trailer featuring a litany of their celebrity friends that nearly broke the Internet when it debuted on YouTube.

Beyoncé’s fifth album received rave reviews from critics and popular success after it was released without warning in December. The record was called a ‘visual album’ since a music video was made for every song before the record came out, something that critics have interpreted as a way to entice her audience to consume the album as an album in a landscape that has almost completely disregarded the album as a format in favor of singles.

“The album is brassy but elegant, it’s post-coital breath smelling faintly of cheap liquor sipped from a crystal flute. It finds Beyoncé shifting gears to pull off her most explicit and sonically experimental music to date, exploring sounds and ideas at the grittier margins of popular music,” said Pitchfork. Rolling Stone gave it 3.5 stars and concluded the review saying, “But only massive hubris could have made a feat like this album possible. And Beyoncé’s hubris makes the world a better, more Beyoncé-like place.”

Beyoncé is all the more powerful for the unbelievably brilliant PR team she has slaving for her round the clock. Rolling Stone pointed out in the review of Beyoncé the magnitude of effort it would have taken to keep such a massive project involving some of the most famous people in music and film under wraps until its surprise release on iTunes. “The sheer number of people involved in this top-secret project, and the way they all kept their mouths shut — well, it proves that basically any conspiracy theory is plausible. The nail techs alone for 17 different Beyoncé videos? That’s a mountain of nondisclosure paperwork right there. You crazy for this one, Bey,” the publication said.

Rolling Stone has a point there. Somehow, Bey and Jay have managed to keep their reputation spotless through years of a very public courtship and marriage. Earlier this year, TMZ purchased the security footage from an elevator at a Met Gala after party in which Beyoncé’s sister Solange physically attacked Jay Z before being held back by a security guard, while Beyoncé stood there and watched. The clip showing cracks in the seemingly perfect marriage went viral and the pair were forced to issue a statement on the matter. The security employee at the hotel where the Gala was held reportedly got $250,000 for the tape, which certainly lessened the blow of immediately being fired (although the hotel is pursuing legal action against the employee responsible.)

Part of the reason everyone went so crazy over that video was because of how notoriously private Jay and Bey are. They rarely give interviews, a recent documentary on Beyoncé’s life was criticized for being overly flattering and just boring, and they just seem too perfect. How quickly they returned to being the world’s most flawless high-profile couple even after the elevator incident proves the stunning amount of control Beyoncé has over her public image. That control is one thing that could not be quantitatively measured by Forbes’ 100 list, but definitely helps make Beyoncé the most powerful celebrity in the world.